The Creative Director of Ashen answered some of our questions regarding the game’s development.

Ashen is an upcoming RPG which presents players with a strange and harsh world. The game will feature an open world and passive multiplayer as players may come across other players with their own agendas. Players can also choose whether they want others to join their settlement or not. All in all, this is a game that looks like ity could offer a very unique multiplayer experience.

To learn more about the game and its development, Gamingbolt reached out to the game’s Creative Director Derek Bradley with some questions and he provided the following answers. 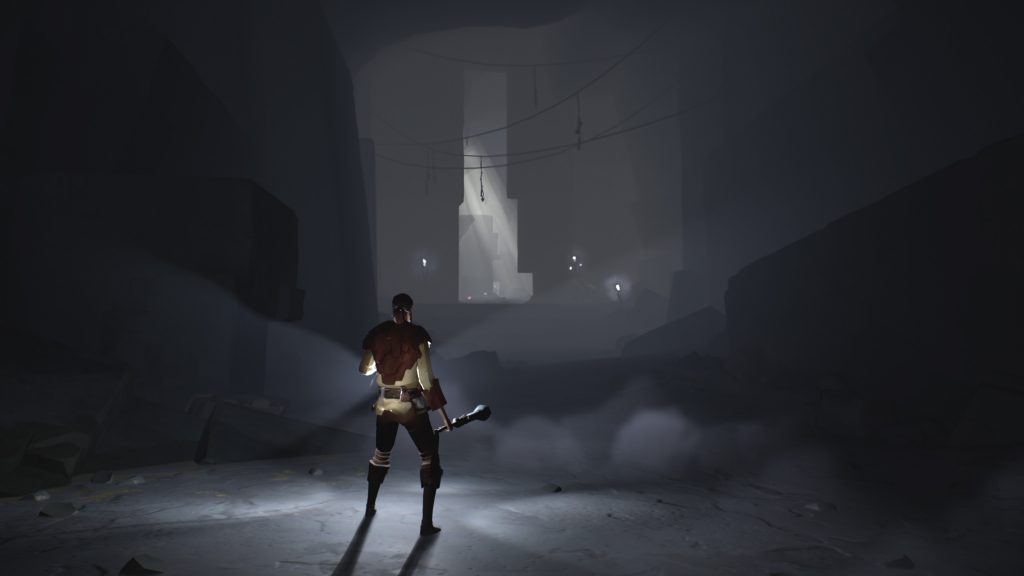 A lot of the game’s story seems shrouded in mystery. Will there be an explanation for it all or will some things be left unexplained?

Ashen is set in a bygone world – one that is permanently shaped by events that took place thousands of years ago. By the period the game takes place in, what legends state and what truly happened are almost indistinguishable. It’s largely up to the player to investigate whatever clues remain from that era and form their own conclusions about what took place. Forging relationships with the characters that inhabit the world of Ashen will certainly reward the player that wants to learn as much as possible, lorewise. What players learn as the game begins is that light is returning to this sunless world, and that they need to protect the source of the light; the Ashen.

What can you tell us about the initial development stages of ASHEN and how the concept was derived?

Ashen was something we dreamed up after leaving our jobs at Weta Digital to make games. We wanted to make something immersive and genuine – something we believe in. It was an interesting process, in that we first create a world we would want to spend time in before looking at it as a game. From there, the vision grew into what you see today.

What can you tell us about the passive multiplayer aspect of the game? How exactly does it work?

Ashen is a completely immersive experience – any other player that joins your world will take on the appearance of an established character the player has already met.  This works both ways just as another player is playing a role in your story, you will also be playing a role in theirs. This gives the chances to spice up the personality of an NPC in another player’s game with a few of your personal quirks! In terms of the passive multiplayer functionality, people can connect to your game seamlessly in that you just run past each other out in the world and disconnect if you run too far apart.

We know that the game won’t have voice or text chat. Is there any reason for the same?

When also accounting for other design elements of the game (faceless characters, fleeting interactions), we were aiming for a world where actions speak louder than words, and players can get to know each other without necessarily sharing a spoken language. It builds an experience where trust is the most important trait in a partner, beyond pure gameplay skill. We created faceless characters because we wanted multiplayer interactions to be focused on actions rather than appearance, and the omission of voice/text chat is just an extension of the same design.

Does the game require players to work together sometimes, or is the entire thing playable solo?

Ashen is designed for a multiplayer experience. It rewards players that successfully build relationships and is balanced with this in mind. However, the game is very much accessible to players brave enough to try the game solo. The game will prove more difficult in this case, with a smaller margin for error. Certain mechanics within Ashen were designed specifically for the single player experience, such as a perk that makes all multiplayer areas unlock for a player trying their luck alone. 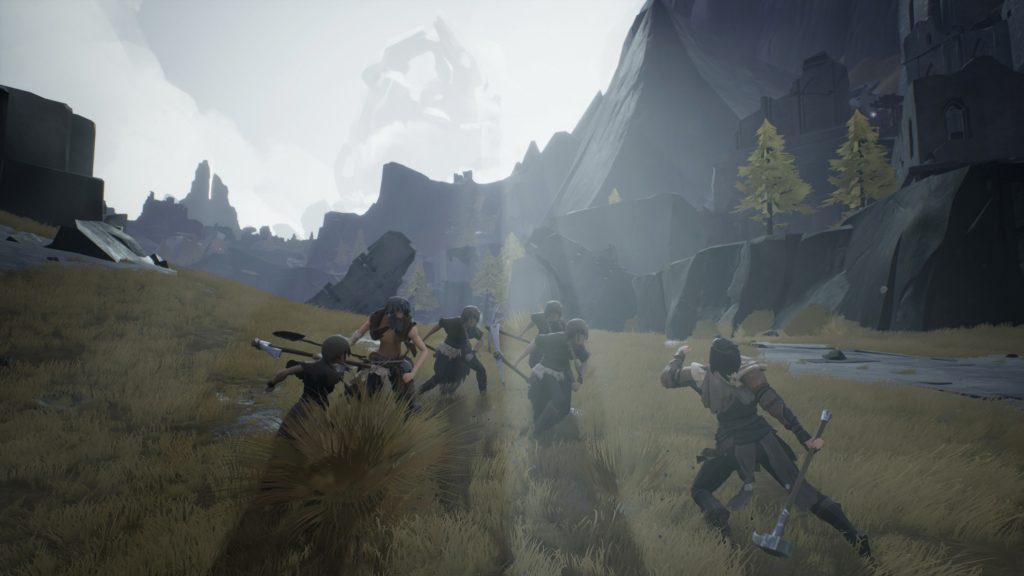 What can you tell us about the game’s open world? Are there ways to traverse the environment apart from just travelling on foot?

Travelling on foot is the best way to explore the world. But there are multiple ways to travel. One of the quests is to rescue the Diasora Pup (skywhale). When freed, the pup will allow you to fast travel.

The recent trailer for the game showed off a sky whale, and it didn’t look like it was an enemy. What role does this creature play in the game?

The skywhale, or Diasora as it’s known in the world of Ashen, is one of the many unlikely but wondrous creatures that evolved in a world without natural light. At that size, its bound to play a part in Ashen’s story and while untamed it turns out to be both a guide and obstacle to the player at various points in the game. Diasora pups are much easier to teach new tricks, and when fast travel eventually becomes available, it will be on the back of a baby sky-whale.

It seems like players will slowly be able to build up a town as they progress in the game. What will a well-populated and well-equipped town do for the player, and how does it affect gameplay?

As you find and complete quests for your townsfolk, they build and upgrade their houses – effectively raising a village out of the ash. As they progress, townsfolk will also begin to offer crafting to the player – This includes ashsmithing, potion brewing, spear crafting and lantern crafting.

How big is the world of ASHEN? Are there side quests and the like to take up or will players forge their own path through exploration?

Ashen is big enough for both! Side quests serve as an introduction to new areas, but the world has too many secrets for our quests to possibly send the player everywhere they can go in the game. Exploration is rewarded with items and abilities that wouldn’t be available without setting foot off the beaten path. If a player is overwhelmed by the challenge of the enemies they are required to confront in the main story, the rewards of exploration will tend  to level the playing field.

Is there player vs. player combat in ASHEN? If not at launch, will it be added later?

Ashen is player vs. environment. We want the game to be about trust, teamwork but also be a friendly experience to everyone. Since our multiplayer system is passive, any players that appear in your game will be playing the part of a character in the world of Ashen, one with their own history and motivations. Allowing PvP would break this immersion and make players that join your world another faceless enemy, instead of adding complexity of the characters you are getting to know during your playthrough. 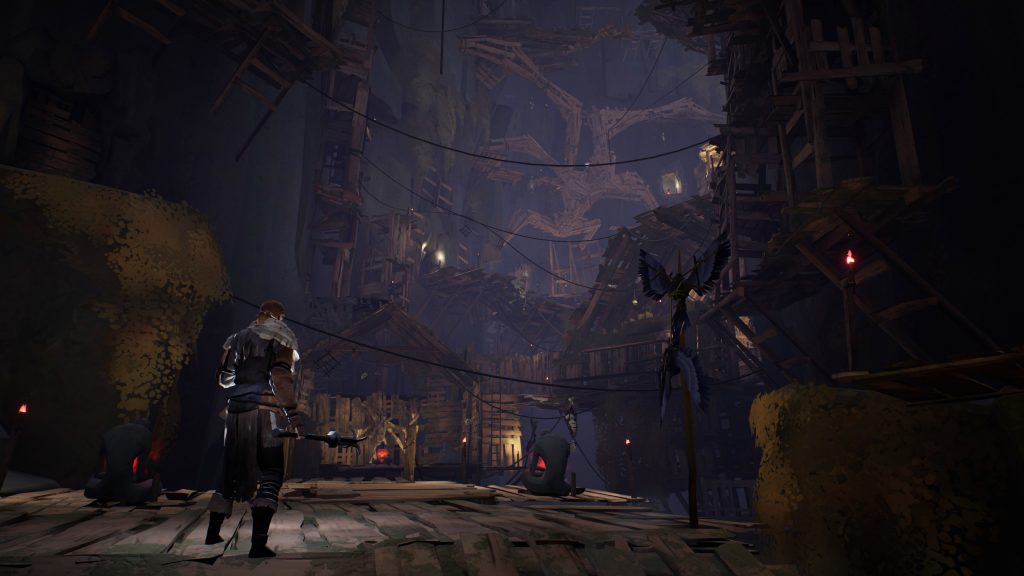 Talismans provide perks and upgrade character abilities. What kinds of Talismans can players discover and how significantly do they change up one’s play-style?

What motivated the decision to release exclusively on Xbox One when it came to consoles?

The ID@Xbox team were our very first supporters, with Alexis Garavaryan discovering us in 2014 and bringing us to the team at Xbox. We shot for the stars with Ashen and Xbox team really championed the vision, including us in three E3 Briefings since then.

Is there any chance the game may come to PS4 and Switch in the future?

We don’t have PS4/Switch plans at the moment as the team is focussed on shipping the best game possible first.

The game will be receiving Xbox One X support. Although the game is early in development, is native 4K and 60 frames per second on the cards?

Ashen on Xbox One X runs at native 4k – however we don’t have final numbers for this just yet as we continue to optimize.

What is the target resolution and frame rate of the base Xbox One version?

We haven’t locked these numbers down just yet as we continue to optimize. 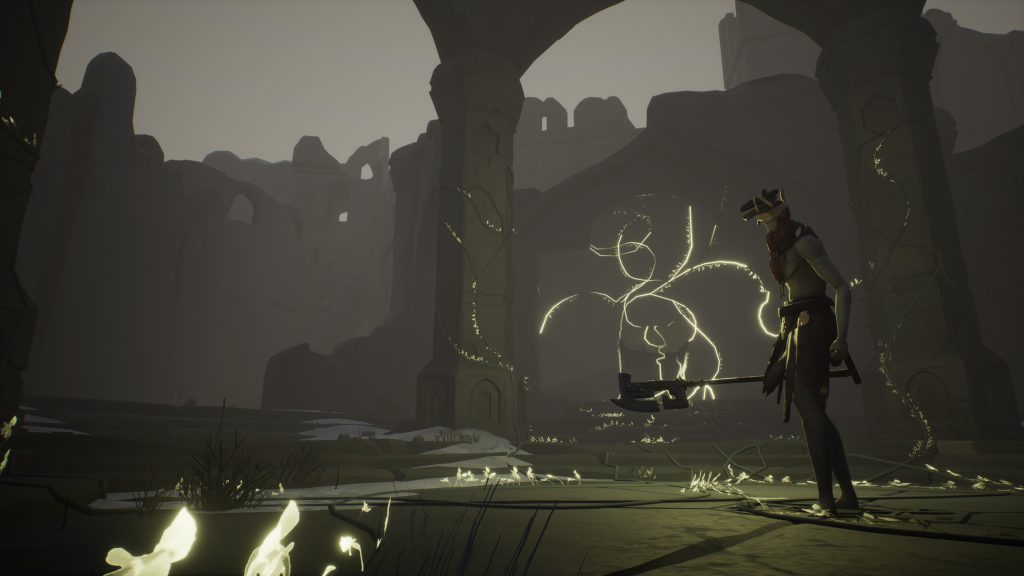 "It is great fun to play Ashen at 4k on the Xbox One X – I would highly recommend it!"

Xbox One X features a high-end GPU. What kind of benefits does it give to you while developing Ashen?

It is great fun to play Ashen at 4k on the Xbox One X – I would highly recommend it!

In all honesty we have not looked into this with Ashen. We have set out to produce a complete experience from day one and Annapurna Interactive have only encouraged this.

Developers love more power, and we are no different in looking forward to using the next generation of consoles to craft even more detailed worlds for players to explore. Beyond this, more power means more creative freedom for developers – so I expect we will see even more creative and interesting games.

It is possible – and it would look/feel great!

Be sure to check Ashen out on Gamepass 🙂