Posted By Kartik Mudgal | On 30th, Oct. 2011 Under Reviews | Follow This Author @KartikMdgl 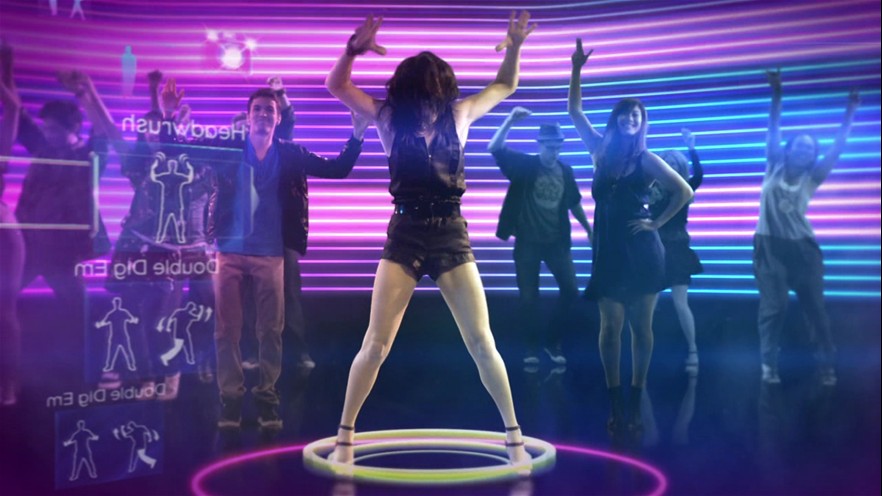 Voice controls can be a great thing that this game, Dance Central 2 taught me. I was slightly impressed by the conservative implementation in Forza 4, where you could access to a bunch of different menus by saying, “Xbox – upgrade* for e.g. In Dance central 2, you can control basically everything in the game with your voice, and the Kinect  is much more integrated into the game, as you would expect of course. This year has been the year of sequels, there have been so many and most of them are a massive improvement over its predecessor and Dance Central 2 is one of them. The track list has been expanded, the body recognition is better and you can import the entire Dance Central 2 track list to this game if you have that game with you, which means? The replayability is through the roof.

The core gameplay is similar as the game last. You have to read a bunch of cues that pop up on the screen and match your actions to the on-screen character, with his movement choreographed to the in-game music. It’s really simple. Unlike the first game, the difficulty is slightly forgiving here, which gives you time to adjust and learn all the dance moves. The menu UI is expertly designed and you can control it using your hands or voice. This is how it’s going to be in the future folks! Kinect shows its true potential and how. Developer Harmonix really knows the Kinect inside out as you will be really impressed with how they have created the menu interface. 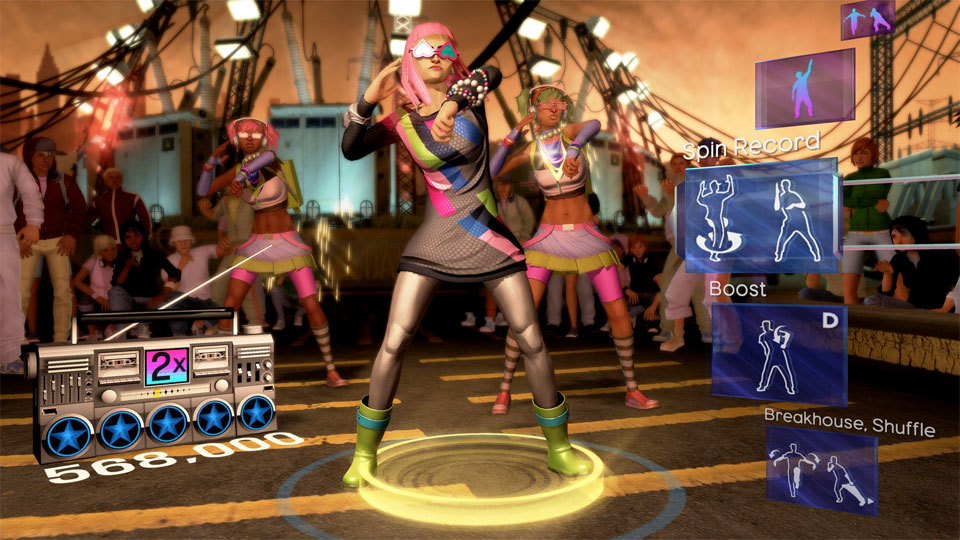 The tracking here is fantastic as the sensor knows exactly what you’re doing. I haven’t encountered any delay in movement to in-game action, as this some seriously high level optimization by Harmonix. When the Kinect launched, you would have never guessed it would get games such as these, because as time went on, games like Dance Central 2 show what the tiny camera is capable of. You can local co-op with a friend and the Kinect adjusts pretty well to it. Either dance together or against each other, you will find no issues here. It’s just perfect. The basic premise is to drop all apprehensions and approach the game with an open mind. This means performing all the embarrassing moves that you would normally not do in public.

The game can be really immersive at times, due to the fantastic selection of tracks. You have 44 songs here to choose from and of course, you can also import all the tracks from Dance Central, as I mentioned earlier. If you’re still not satisfied, you can always download a new one from the XBL Marketplace for 240 MSP. I like my games with a lot of replayability. If it’s a racing game, the first thing I look out for are the track list again, because this is what makes the game diverse and varied. There are a lot of fun dance moves here in Dance Central 2. Some are borderline embarrassing; some make you feel like a Rockstar, so it’s a good mix. If you’re a Lady Gaga fan, then you’ll have a blast here. 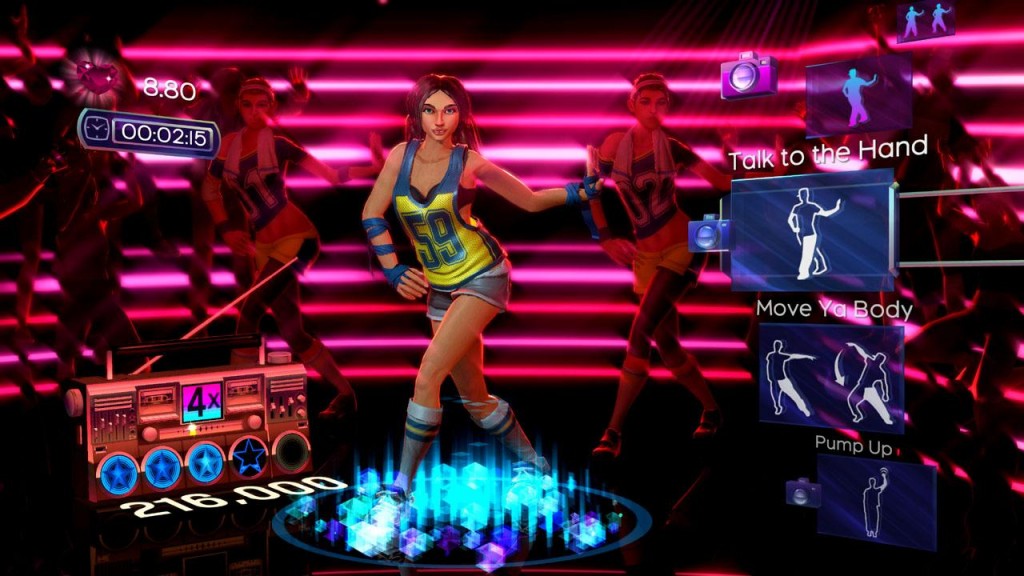 I really don’t have any problems with this game, as I find this to be an extremely superior sequel compared to its predecessor. The one thing that is annoying is that Kinect demands a lot of room for two players or even a single player. I know there are a variety of third party accessories out there that allow you to stand much closer to the sensor but it would have been nice if Microsoft had thought of that before releasing the Kinect. If you do not have a lot of space in your house, prepare to be slightly frustrated as the Kinect will miss a few moves and the tracking won’t be optimal. But that’s not really its fault, as you know the requirements and space is one of them.

Dance Central 2 is a fantastic game with a lot of replaybility. If you have a friend over, you two can have a blast with the co-op mechanic. There is no online multiplayer, but I can’t see how it would work in the first place. The song list is diverse; the tracking is accurate, and you can move between different songs quickly using the voice control feature. This is a great sequel, but isn’t clearly visible due to being in the niche genre. If you were a fan of the first game, then this game will keep your attention for a while.

Dance Central 2 is a fantastic game with a lot of replayability. The song list is diverse; the tracking is accurate, and you can move between different songs quickly using the voice control feature. If you were a fan of the first game then this game will keep your attention for a while.

A copy of this game was provided by developer/publisher for review purposes. Click here to know more about our Reviews Policy.
Tagged With: dance central 2, Kinect, Microsoft, xbox 360