Deep Down Wiki – Everything you need to know about the game

Everything you need to know about Deep Down.

Deep Down (title yet to be finalized)is an upcoming and highly anticipated free to play action role playing game that is currently in development by Capcom, the same company that develops the Resident Evil, Devil May Cry and Street Fighter series of games, the title is being jointly developed alongside by the Japanese Studio of Sony Computer Entertainment who are currently developing Bloodborne with From Software and Gravity Rush 2 with Project Siren.

Deep Down, which is running on the internally developed Panta Rhei Engine which is developed for PlayStation 4, Xbox One and Wii U, is slated to be published by Capcom and released exclusively on Sony’s PlayStation 4. While there is no official release date, the game is expected to arrive at some time in 2014.

One of the most important announcements to be made alongside the actual announcement of the game, was the unveiling of the Panta Rhei engine that was internally developed by Capcom to power their games on 8th generation hardware such as the PlayStation 4, Xbox One and Nintendo Wii U. The Panta Rhei engine will be replacing the MT Framework which powered Resident Evil 6 and Dragons Dogma.

When Sony hosted their reveal event to first show the PlayStation 4, Capcom video game producer and respected industry name Yoshinori Ono (Street Fighter franchise) came onto the stage and announced Deep Down, he followed this by speaking about Panta Rhei (translated it means “Everything Flows”) and saying that it “allow us to take game design in entirely new directions”.

The grim high-fantasy themed game sported the tagline “Conquer Your Fear or Die a Coward.” This was coupled with the reveal trailer showing a armoured warrior hiding from a fire breathing dragon before mustering his courage and charging. Taking development in a new direction, the decision to make Deep Down was based in not wanting to be limited by the expectations of a currently existing IP.

Players familiar with Resident Evil would expect a Resident Evil-esque experience, the same goes for Street Fighter and Monster Hunter players. So creating a new IP gave the developer space to experiment with the new hardware while building a new and exciting game. “We wanted to be free to utilise the PS4’s hardware capabilities and unique services without the constraints of working within an existing IP”, speaking about the power of the new hardware, Ono said “The real-time capabilities of the hardware allowed us to produce the Deep Down demonstration you saw at the conference in a relatively short amount of time.” 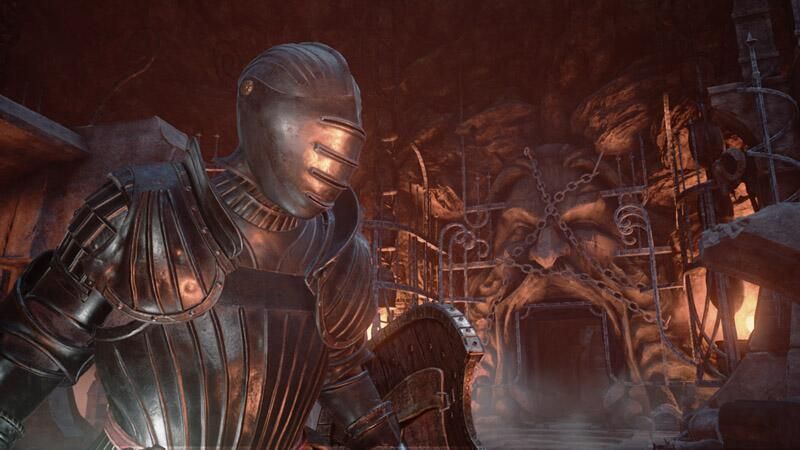 Deep Down’s gameplay is based around a Dungeon Crawler type system of discovering artefacts and travelling to new locations that must in turn be explored and conquered. Discovered artefacts help the player gather memories which they can then access to play through missions. When traversing these dungeon like areas, players can band together into parties of warriors and they can even team up to tackle boss characters together.

Players can make use of a litany of weapons that includes spears, shields, torches and swords, these weapons will be essential to guarantee your survival. 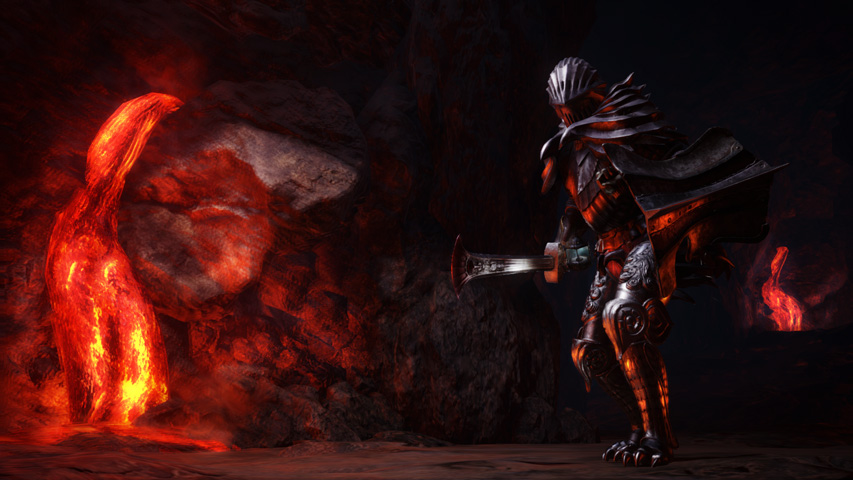 Deep Down opens with the player in a near future New York apartment in the year 2094, as they explore the game world the player can touch and interact with a number of magical artefacts. Using these artefacts players can draw out memories that allow them to travel into the long forgotten past of years gone by where they can explore a number of dungeons and do battle with fierce and powerful monsters like fire breathing dragons while they band together with their friends and seek out treasures and loot. The New York apartment is managed and ran by an AI that calls itself Odette.