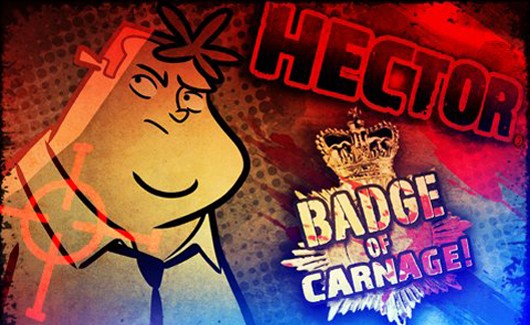 Here’s some information about the game as given by the devs:

A poor advertisement for law enforcement, and also known as the ‘Fast Arse of the Law’, Detective Inspector Hector is a flawed anti-hero with a taste for sleaze, corruption and lashings of curry sauce. ‘Hector: Badge of Carnage Episode 2 – Senseless Acts of Justice’ sees our anti-hero hunting a psychopath and pulled down a twisted trail of meat, sin, sleaze, and more meat. The new game promises to be even more crude and distasteful than the first in the series.

We have made every effort to ensure Hector sinks even deeper into a pit of inappropriateness as the series unfolds” says joint MD of Straandlooper Animation, Richard Morss. “Episode 2 sees Hector really coming into his own as he plumbs new depths in depravity, degradation and political incorrectness.”

‘Hector: Badge of Carnage Episode 2 – Senseless Acts of Justice’ features almost twice the gameplay as the original game as Straandlooper have attempted to create the funniest, crudest and most distasteful point & click adventure game ever.