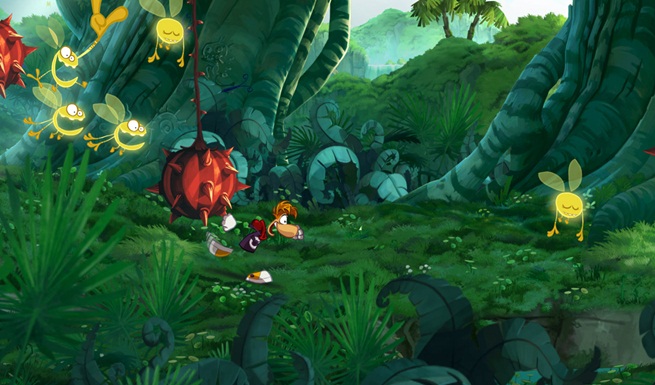 Rayman Origins has been out in the market fir some time now, and it’s been met with great critical response, being the first game in the series in a long time to be received well by critics and players alike. Of course, when you think of a successful platformer, the notion that it has been inspired- in some way or another- by Mario comes to mind.

Rayman Origins’ creator Michael Ancel, though, says he doesn’t enjoy playing Mario games, but he does understand why everyone loves them so much. When he was asked during an interview with Gamasutra about just how much the Mario series inspired Rayman Origins, he said: “As far as I’m concerned, not at all.”

“I will tell you something terrible,” he went on to say. “

I don’t really enjoy playing Mario games. I don’t like gliding, I don’t like its inertia, and I don’t like not being able to give some slaps! It’s a fabulous series, and I understand that people love it, but it’s not my cup of tea.”

He went on: “I used to prefer Ghosts n’ Goblins, Heart of Darkness, Another World — games with a focus on the narrative side. Beyond that, I find Mario’s controls very interesting, but I don’t buy it. I can’t help but seeing the ropes of the game, even if it works. The game is thrilling, obviously.”

Now that’s a surprising thing to hear, especially coming from someone who’s just recently created a platformer- a good platformer.

Do you enjoy Mario games? And did you enjoy Rayman? Leave behind your comments in the comments section below.