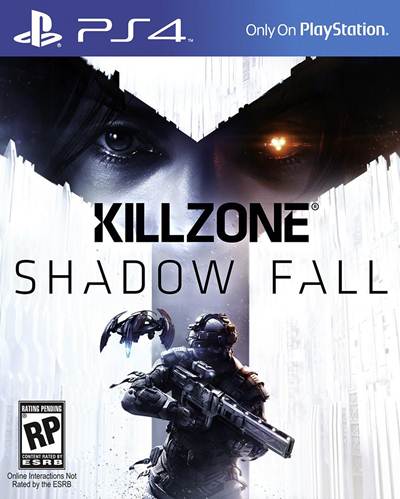 Killzone: Shadow Fall is a new Killzone game from Guerrilla Games which was announced at the PS4 reveal conference.

The studio’s Herman Hulst came on stage to talk a bit more about the game and also showed a gameplay demo which looked fantastic. The game has been confirmed to run on 1080p and 30 fps, and will be the first PS4 title which has been found to run at a full HD native resolution.

It was released on the 15th November 2013 in North America, November 29th 2013 in Europe and February 22nd 2014 in Japan. The game centers about Helghasts and ISA, and shows the fight to reclaim the homeland is a bloody one.

The game was also demoed on Late Night With Jimmy Fallon where the DualShock 4 controller was shown as well. [reference]

The game was announced at the PS Meeting 2013 by Sony and it’s a new Killzone game made exclusively for the PS4.

The game looks stunning as you would expect and it is also the first 1080p game for Sony’s next generation system. A lot of information was revealed when the game was analysed by Digital Foundry.

“Chief among the priorities in its design is of 176GB/s memory bandwidth at its disposal in concert with a whopping 32 ROPs – stats that place these aspects of the PS4′s architecture on a par with some of the fastest PC rendering hardware,” the article read. [reference]

“Put into perspective, this level of throughput exceeds that of even capable £120+ PC graphics cards, including current mid-range favourite the Radeon HD 7850. Recent benchmarks of this card show little issue in running DirectX 11 titles like Battlefield 3 on high settings at 1080p60.

“In other words, given the right optimisation for the new version of Sony’s custom LibGCM graphics library, there’s more than enough of an overhead for the PS4 to push for more than what we’re seeing here – or at least break even with 1080p going forward.”

We don’t have any other information on the game but more details could be revealed as the game is supposed to be a launch title. 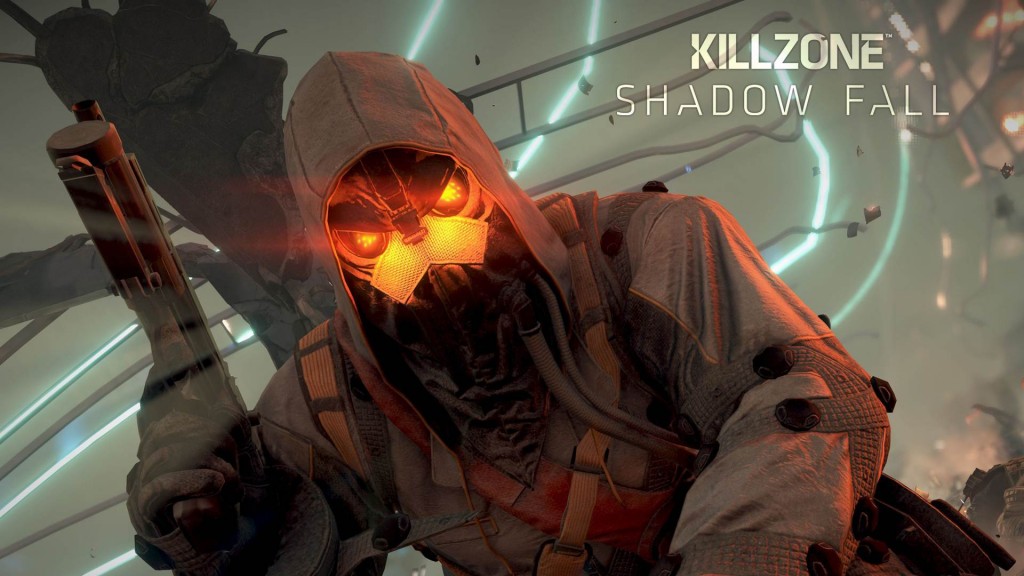 It’s a first person shooter and based on the video shown by Sony, it retains the shooting feel from the previous Killzone games. There was also a new weapon shown in the gameplay footage which looked sci-fi and also had secondary function of sniping.

Multiplayer for Killzone Shadow Fall has thus far been received very well by the gaming community, with the ability to customise weapons ranging from rapid fire rifles to the more precise DMR (designated marksman rifle) style weapons and load outs, multiple play styles, huge varied levels and game modes, there was little doubt that this MP component would be a hit with fans of the online fps arena.

The game was demoed at Late Night With Jimmy Fallon, and it kind of proves that the gameplay wasn’t staged. [reference] 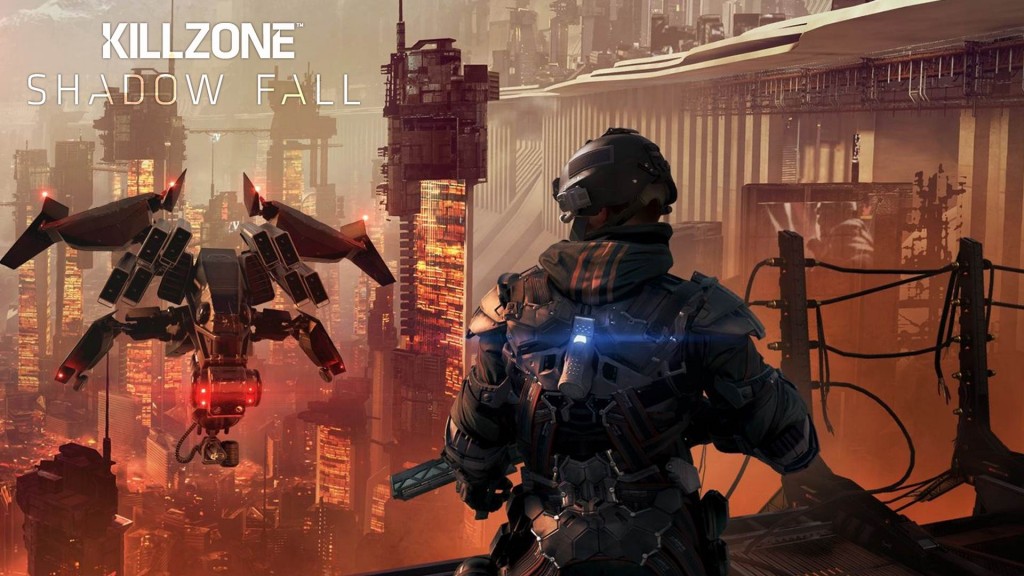 The game is set in a near future, thirty years after the events of Killzone 3. The world is a very different place; two rival factions known as the Helghast and the Vektans live side by side in a futuristic city, divided by a vast wall. [reference]

Tensions are high, and the cold war they are embroiled in is about to go hot. In the midst of this all stands a Shadow Marshal Lucas Kellan, you. The most special of the special forces, tasked with maintaining the delicate balance.

From responding to bold attacks, to quiet infiltration or all out combat, you will be required to adapt and think on your feet as you have to face a variety of escalating events that could destroy your home world.

Lucas Kellan is the games main protagonist and was raised to be Anti-Helghast.

Thomas Sinclair is a shadow Marshal who later becomes the head of the Vektan Security Agency.

Maya Visari is a half vektan half Helghan secret agent.

Vladko Tyran is the main antagonist for most of the games campaign and leads The Black Hand, a terrorist Helghast faction.

Dr Hillary Massar is an ISA scientist who has been experimenting on captured Helghans.

Lady Hera Visari is the mother of Maya Visari and is the current leader of the Helghan people.

Anton Saric is the head of the Helghan security forces and has a sadistic hatred of Vektans.

Micheal Kellan is the father of Lucas Kellan and was killed by Helghan forces.