Posted By Rashid Sayed | On 19th, May. 2010 Under News | Follow This Author @GamingBoltTweet

Namco Bandai have announced (via Famitsu) a “brutal action” game called Knight’s Contract. Also along with the announcement, two characters which will be playable in the game were also revealed. Heinrich, a scythe wielding knight cursed with immortality, and Gretchen a spell slinging witch. 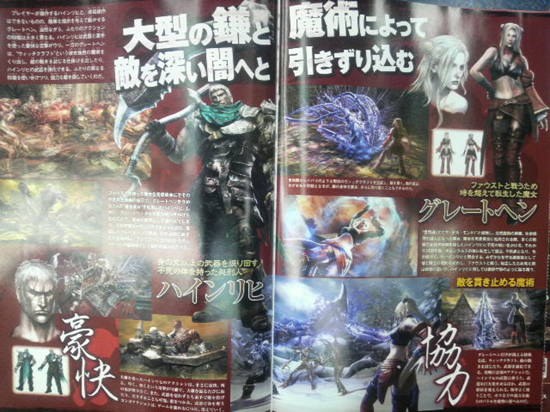 We have also got a scan of the game above. The game will not hit shelves until 2011, but most likely will see an international release. One of Famitsu’s bullet points says cruel and heroic action everyone in the world is excited for. Stay tuned with GB for more news and updates.