The last trailer for The Phantom Pain and it’s nothing short of spectacular.

Posted By Rashid Sayed | On 25th, Aug. 2015 Under News | Follow This Author @GamingBoltTweet

For the last week or so, Hideo Kojima has been working on one final trailer for Metal Gear Solid 5: The Phantom Pain. The trailer is finally out and it’s glorious. It truly shows how far the Metal Gear Solid series has come along from a technical standpoint and from a cinematic perspective.

The Phantom Pain is reportedly Kojima’s last Metal Gear Solid game. According to inside sources, the developer will be leaving Konami at the end of the year since The Phantom Pain turned out to be a rather expensive venture for company, not to mention the long development cycle of almost five years raised up development costs. Regardless, check out the trailer below and let us know your thoughts in the comments section.

Metal Gear Solid 5: The Phantom Pain launches on PS4, Xbox One, Xbox 360, PlayStation 3 and PC via Steam on September 1st. GamingBolt’s review of the game will be published sometime after launch so check back for our final verdict on the game. 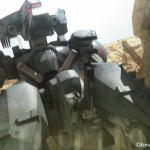 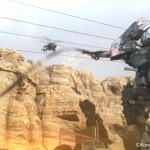