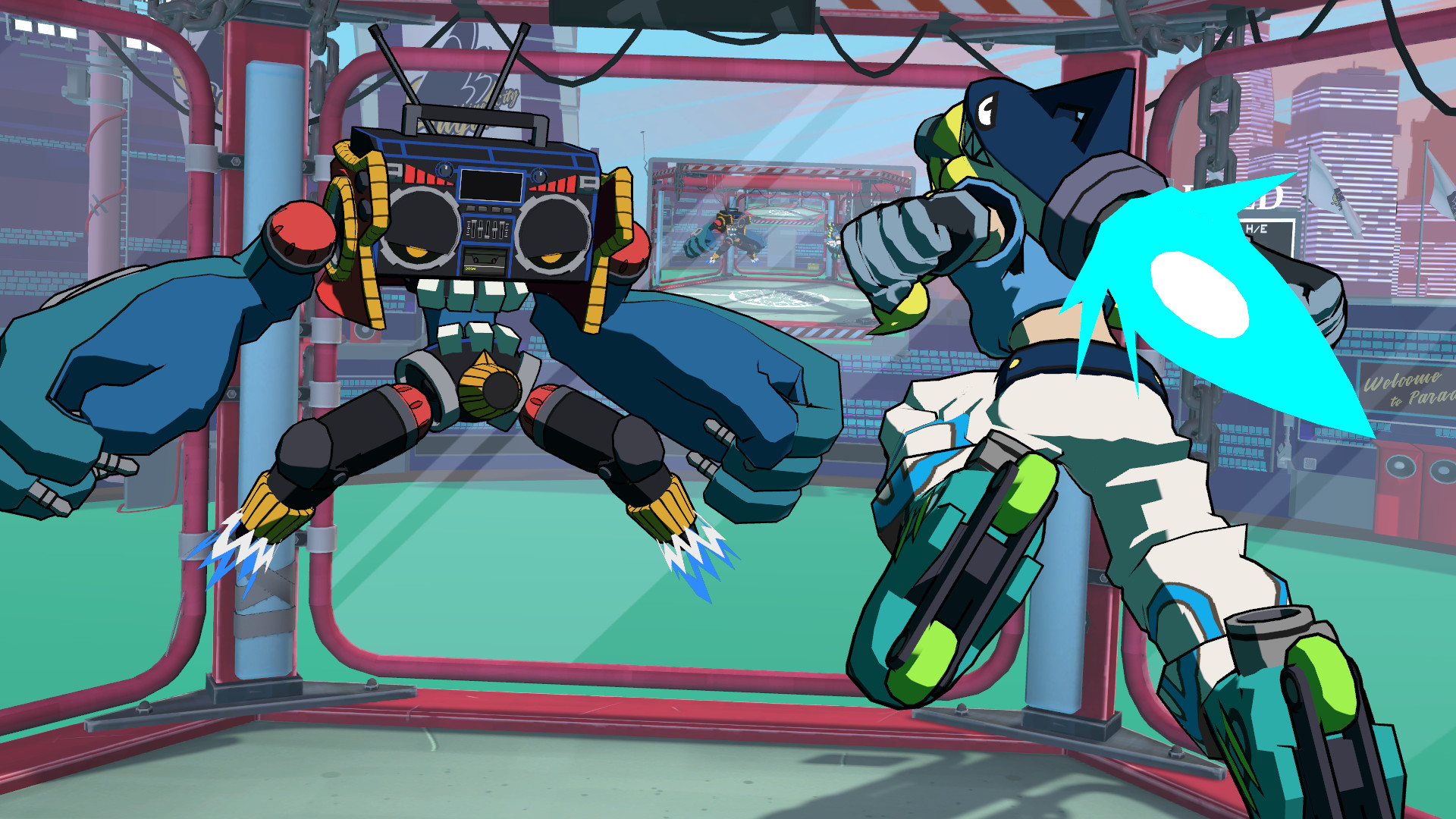 Team Reptile’s Lethal League Blaze, the follow-up to the original high-octane ball whacker, is now available on Steam. PS4, Xbox One, and Nintendo Switch players will have to wait until 2019 for their fix. However, for now, the sequel can be experienced in all of its gorgeous glory on PC for just $19.99.

Continuing the chronicle of the Lethal League, Lethal League Blaze features the same concept of hitting your opponent’s ball back at dimension-tearing speeds. Manipulate the angle of the ball, choose different playable characters with their own unique moves, and try to keep up. Four player local and online play are supported, so it’s easy to experience with friends.

Lethal League Blaze also has a single-player mode to tear through, with players exploring the hijinks of Shine City. There’s a range of characters, outfits, modes, stages, and songs to unlock as you play. The soundtrack even has artists like Hideki Naganuma (of Jet Set Radio fame), Frank Klepacki, and Klaus Keen on board for that extra bit of funk.