Heavy metal first-person rhythm shooter Metal: Hellsinger now has mod support. This means that you can now play the game to a jazz soundtrack.

Other games in the lineup include Disney Dreamlight Valley,Ashes of the Singularity: Escalation, Train Sim World 3, and more.

Featuring a rocking soundtrack, the rhythmic FPS will cost $40 on Xbox Series X/S and PS5 while the PC version retails for $30. 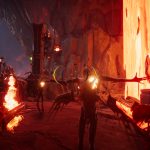 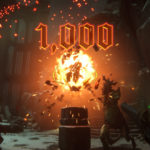