Set between Ys 1 and 2, Falcom is aiming for a "lighter-feeling" Soulslike style of combat while introducing new gameplay elements.

The Standard and Chaotic Great Editions of the looter shooter spin-off are currently discounted by 20 percent on Steam until July 7th.

The "Star Ocean Program Special Edition" will air at 4 AM PST on Wednesday. The RPG launches this year for consoles and PC.

Nintendo has done a solid job of bolstering Nintendo Switch Online + Expansion Pack's N64 library since its launch, having added a number of games to its library in recent months, including the likes ... Read More

According to the developer, "t"his would be an optional, additive alternative" for those who "want to get ahead on (or skip) the grind."

"Our characters are not superhuman, and our two protagonists will pay the price that becoming a hero entails," says lead writer Sébastien Renard.

An insider with an impeccable track record seems to be indicating that an update for the highly anticipated sequel is coming later this month.

When pulled off well, QTEs can be amazing- here are a few such examples. 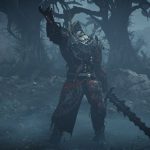 Customize enemy health and damage, toggle multiple (or infinite) lives, adjust controls and font size, and much more in the rogue-lite.