Fighting game fans, are you getting tired of only having Super Street Fighter 4 on your 3DS? You may want to pencil in the release date of the upcoming portable versions of BlazBlue Continuum Shif... Read More

Looks like this will be an awesome week for gamers as there are tons of games coming out. Below are the games that will release from April 18th, 2011 to April 24th, 2011. FANCY PANTS ADVENTURES ... Read More

I've not been happy with Tom Clancy as of late. With the last game I'd played based on his writings being the awful 3DS launch title, Splinter Cell 3D, I was starting to lose faith in the brand name. ... Read More

Alan Titchmarsh no longer burning gamers at the stake?

[HTML1] For those of you who've had the misfortune of seeing the Alan Titchmarch show on ITV, you'll notice how anytime videogames are brought up the whole show turns into a witch hunt. A recent... Read More

[HTML1] Check out the trailer for Konami's upcoming Parisian set, though filled with British accents, 3DS action-RPG/Professor Layton clone. Although the trailer doesn't show it, Doctor Lautrec is ... Read More

Remakes seem to be the order of the day when it comes to the initial titles for Nintendo's new 3DS. With titles like Ocarina of Time seeking to completely re-invent the games of yesteryear, Rayman 3D ... Read More 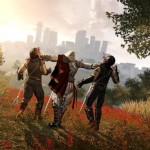 Assassins Creed 3: What To Expect

With Brotherhood being unanimously considered one of the best games of last year, it's safe to say that we gamers are united in anticipation for the next Assassin's Creed title. We caught wind of a ne... Read More

Video Game Releases this week: Pets and a dance legend

Looks like this will be a very slow week for gamers with a not lot coming out. But anyways below are the games that will release from April 11th, 2011 to April 17th, 2011. Elements of War Online P... Read More

Remakes are a paradigm that has been a staple of the film industry for many years. Whether its remastered director's cut editions, or complete re-hashes with an all new cast and script, the movie busi... Read More

With many classic Nintendo titles set for a makeover on their new 3DS, we already have a few remakes gracing its launch line-up. Sadly, in the case of Splinter Cell 3D, this modern generation make-ove... Read More

Nintendo were truly able to tap into the virgin resource of the casual gamers last generation with the Wii and DS. Part of the DS' charm to casual audiences was the presence of one of its major launch... Read More

It's always interesting to see how your favourite genres within gaming fare on the next generation of hardware. It is thus with a sense of relief that the 3DS sees its first major racing game, Asphalt... Read More

Pilotwings has always been synonymous with the launch of a Nintendo console; or at least this was the case back in the 90's. Having missed the Gamecube and Wii, Pilotwings is now aiding the launch of ... Read More

Cave Story 3D will come to Europe in summer

Having recently announced the US release date of Cave Story 3D as June 28th, NIS America has announced it’s to bring over Cave Story 3D to Europe this summer for 3DS. Though an exact date has... Read More 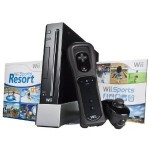 Nintendo America boss Reggie Fils-Aime has said that Nintendo's next home console is unlikely to include 3D. He's said that, from past experience, Nintendo don't think 3D with glasses is the way ... Read More

[HTML1] Capcom USA have made or day that little bit brighter with some gameplay footage for the upcoming Resident Evil Mercinaries spin-off title for the 3DS. The trailer shows Jill and Wesker g... Read More 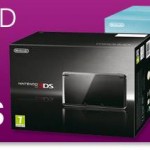 This weekend GAME are offering some fantastic deals which are part of their Perk Up campaign. Assassins Creed is on sale on GAME.co.uk at £21.99 and Fight Night Champion at £37.99.  Howeve... Read More

[HTML1] [HTML2] Some new trailers have surfaced that show off cinematics and gameplay from the upcoming 3DS brawler, Dead or Alive Dimensions. The cinematic trailer shows Ayane stepping in to... Read More