Jurassic World Evolution 2 – 13 Features You Need To Know About

Halloween is coming up and along with experiencing the classics, it's a great time to delve into some lesser known horror games.

15 More Most Terrible PlayStation 2 Games of All Time

The PS2 era has its fair share of gems and classics but they're dwarfed by the number of terrible releases. Here are 15 more to check out.

Jurassic World Evolution 2 Will Probably Surprise a Lot of People

Here's everything you should know about Playground Games' upcoming open world racer.

Masaaki Yamagiwa has joined the studio known for Ninja Gaiden and Nioh, currently at work on Stranger of Paradise Final Fantasy Origin.

Further details on sandbox, competitive and ranked play, and more will also be shared in an upcoming Halo Waypoint blog post.

Tencent Has Acquired a 22% Stake in Bloober Team

The Chinese giant has become the largest stakeholder in the Polish studio, having spent 77.6 million PNL on 22% of its shares.

The LinkedIn page of a former Virtuos employee says the studio is working on a AAA remake, lending further credence to report Metal Gear reports. 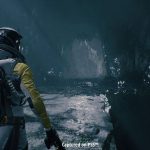 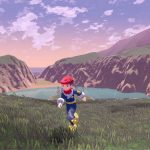 The upcoming PS5 RPG tops the charts, with a healthy lead over the game place second, Switch-exclusive Shin Megami Tensei 5.

Infinity Ward has recently opened up a new office in Texas, and is presumably working on a sequel to Modern Warfare.