"There is an underlying story to the game with which we build the entire world lore, but that’s not the main focus," says game director Ryan Barnard.

Director Glen Schofield has shared an imaging revealing one of the many enemies in the upcoming survival horror game. 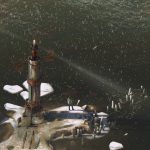 Executive deputy president and chief financial officer Hiroki Totoki says the company has "nothing specific" to share regarding the PS5's price right now.

The Quarry Guide – How to Get All Endings

Want to unlock the very best ending and ensure the main cast survives? Or embrace the carnage and leave no survivors? Here's how.

"The feature hasn’t seen the level of usage we anticipated, so we are refocusing our efforts," it said in a recent notice.

After releasing its acclaimed platformer in 2016 and porting it to multiple consoles, D-Pad Studio is finally ready to announce its new title.

A reveal of the Destiny 1 raid will be coming on August 23rd at the Destiny 2 Showcase. The World First race has also seen some big changes.

Currently available in the Tower, Xur carries some new Exotics, the Season of the Splicer Legendary armor set, and a stellar Dead Man's Tale roll.

The Dark Pictures Anthology: The Devil in Me Releasing November 30th – Rumor

ALumia_Italia, who accurately reported release dates for Skull and Bones and FIFA 23, has leaked the release date for Supermassive's next game