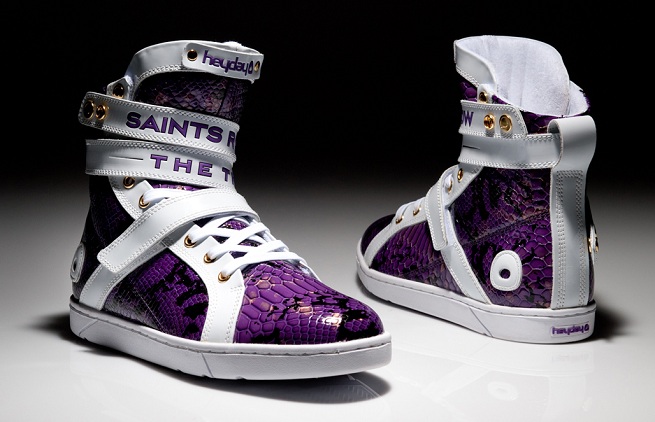 The Heyday Saints Row Sneakers were first announced at E3, but now it has finally been announced on when you can get them and it won’t be easy.  100 were made for North America and 100 were made for the UK so only 200 of these slick sneaks are available at this very limited quantity.  Not only can you see them on your feet but you can actually wear the in game, when Saints Row The Third comes out November 15th, for Xbox 360, Playstation 3 as well as the PC.  Check the pic below to see them being worn in game.  You only chance to get these bad boys priced at $160 dollars is to head over to this site and keep checking in especially this next Tuesday, September 13th, 2011. 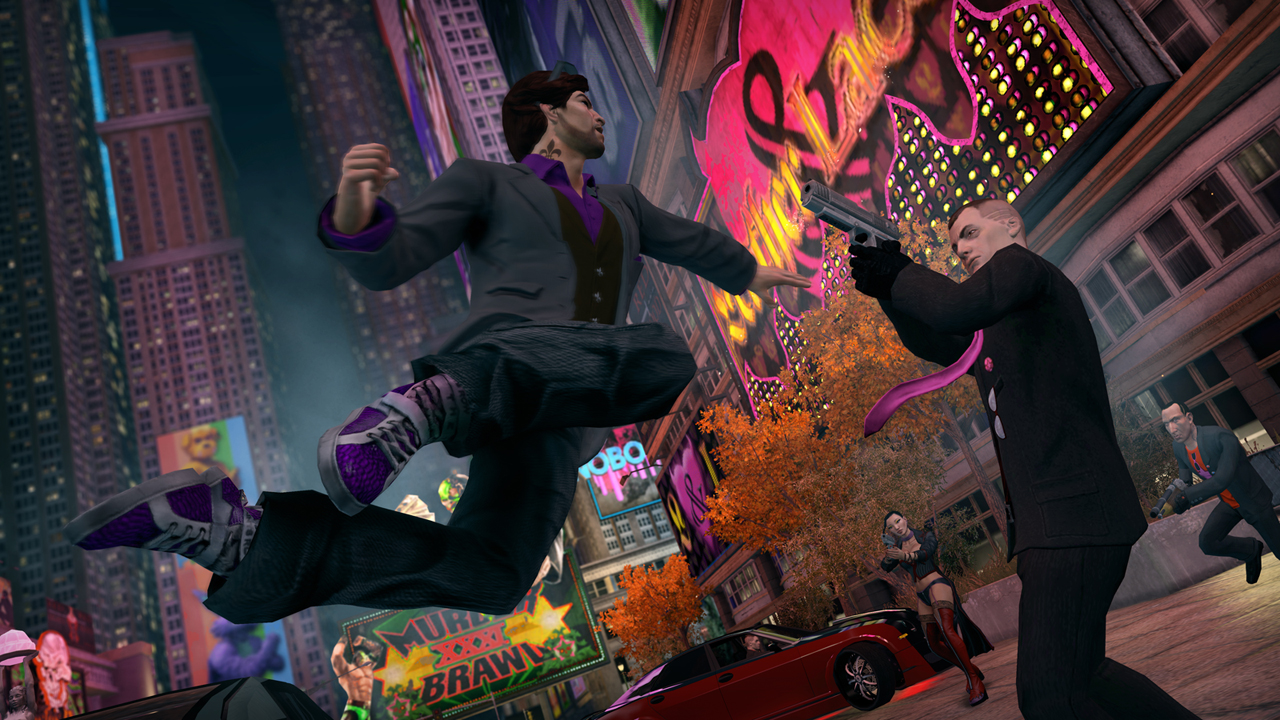