Shining Resonance Refrain is fun albeit a bit rote JRPG.

Originally released for the PS3 back in 2014, Shining Resonance ended up being a victim of the era when Sega would not localize its games or bring them to the west. Of course, people want what they can’t have, and Shining Resonance became a sort of rallying cry for JRPG fans, who were sure that they were being deprived of an exceptionally unique and high quality JRPG adventure, of the type that Sega once used to be known for in its heyday.

And now, Shining Resonance Refrain is here, an expanded remaster of the game that is available on PS4, Xbox One, Nintendo Switch, and PC. A far cry from the PlayStation and Japan exclusive nature of the original game, Sega has now gone ahead and spread the love. Which is great, right? Now we all get to see what the deal with this game is.

And the deal is… well, you see, it’s a good game. Really. It’s not a bad game. There’s some parts where it really shines. But that’s it. On the whole, it’s a really standard fare, regular Japanese role playing game, with not much to make it stand out for good or for bad. 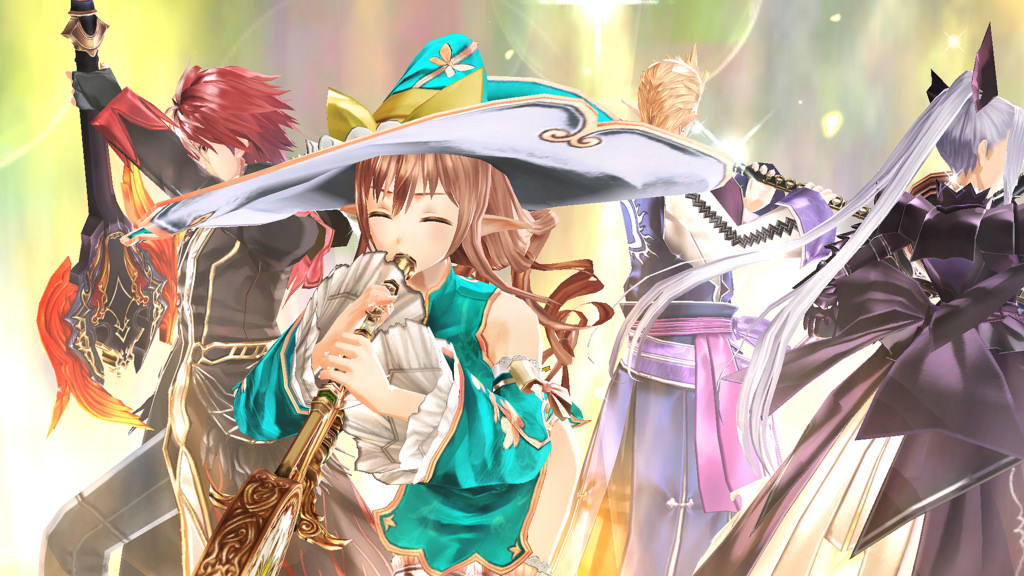 "What isn’t an area where the game shines is the story and setup, which is obnoxiously cliche and derivative. "

What isn’t an area where the game shines is the story and setup, which is obnoxiously cliche and derivative. The story is one of an evil emperor threatening to plunge the world into ruin, a chosen one with the soul of an ancient Shining Dragon within him, and the resistance effort mounted around him against the oncoming darkness. It is literally as by the numbers as you can get.

I’m usually not against cliched stories. They are what they are, and if they are pulled off well, they can at least be enjoyable on their own merits. However, Shining Resonance Refrain is not an example of a cliched story or tropes being executed well. The story totally panders to its own cliche, treating obvious signposting and plot twists as entirely unforeseen and unimaginable story developments, and never growing beyond its tropes. Worse still is the pacing- the game has a halting, jerky, start-stop pacing of the worst kind, throwing mountains of exposition at you, before receding into the background for a while, and then coming back and interrupting the flow of your gameplay for a good while again. Long scenes frequently intersperse stretches of gameplay, which can be enough to make you want to stop playing- again, this would probably not have been an issue if the story was actually done well, but it is not, so here we are.

The one and only praise I can give to the story side of things is the character interactions. Not even the characters- they’re pretty rote and stale, and never become anything beyond their defined archetypes- but the actual interactions between them. Thanks to some sharp writing and some witty localization, character interactions are great to behold, and remain breezy, while also simultaneously letting the characters bounce off of each other effortlessly, and giving us a better sense of each of them as people than the story otherwise ever does. 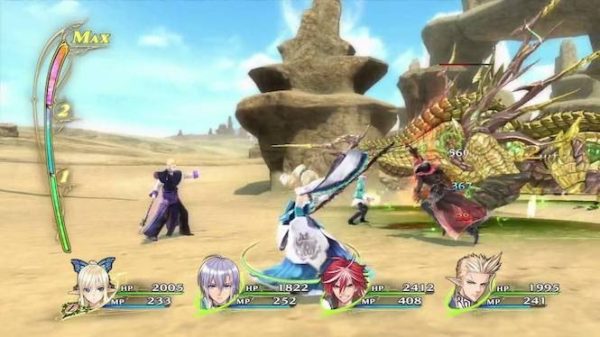 "The real reason why battling monsters never gets old is because of just how well the battle system works."

For all of my problems with the game’s story, however, I do really enjoy how it plays. In terms of its setup, the game is based in one hub city, with you venturing into the world, which in turn is comprised of multiple, wide open areas, all interconnected. This is not unlike the structure of something like Final Fantasy 12, or even just the Atelier games- and it works greatly to the game’s merit. It is at its strongest when you are just out in the world, doing your own thing. It can be almost therapeutic to just get out into the world and engage with some monsters at your own pace- something that never gets old in part because, as you progress through the story, newer monsters are introduced into the world, too.

But the real reason why battling monsters never gets old is because of just how well the battle system works. It’s simple enough, and just a look at the controls during a battle will tell you how things work. It’s a real time action battle system, with a pre-determined combo mapped to one button, a standard offensive attack to another, there are support abilities, and of course, you get special “Force” abilities, as well as charms known as aspects, which you can slot into your gear for bonuses and buffs.

There’s a rhythm to how battles go- they’re never too demanding, and the system itself won’t win any prizes for depth or anything- but it works well, and is always satisfying. It’s kept lively thanks to the whole musical motif the game has in general and especially the battle system employs, with weapons actually bing musical instruments that you have to tune, attacks and abilities are basically musical numbers that Yuma and his band of compatriots perform on screen, and it all just feels really relaxing to pull off. Later on in the game, things can get a bit hairier, because the AI generally can’t seem to keep up with you. That said, as I mentioned, the enemies themselves never seem to demand total mastery of the system from you, so while that may get grating to players who want to put all the pieces in place and watch the melody play out in perfect symphony, you’re never going to run into a frustrating roadblock because the AI was too incompetent, or anything like that. 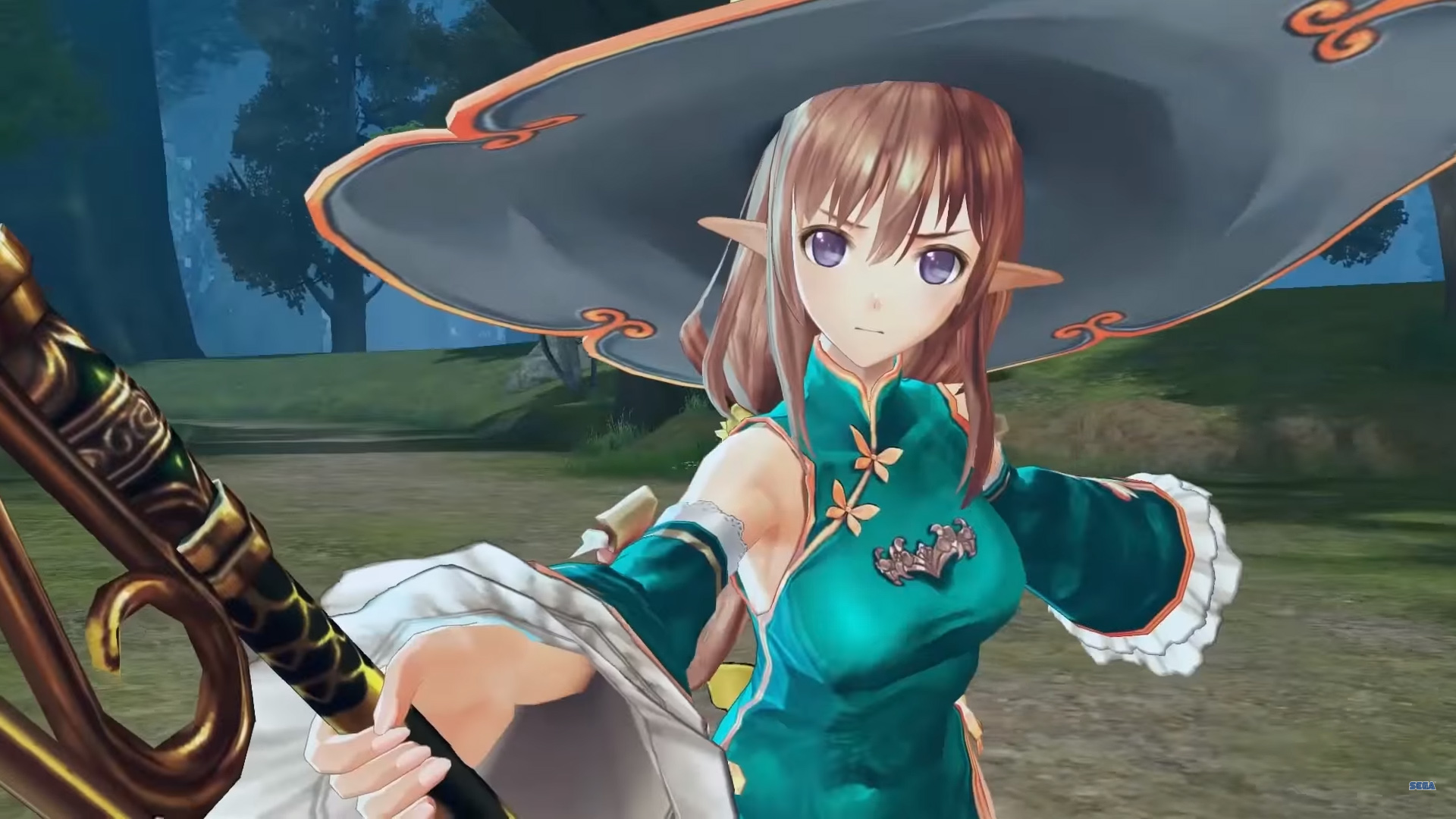 "Shining Resonance Refrain is a fun, if a bit rote, JRPG adventure that fans of the genre could stand to play and enjoy."

That apart, the rest of the game is pretty standard- the art is pretty, but nothing special, and the game, which could have been called mid-budget, distinctly looks… well, it doesn’t look great. The remastering has polished out the rough edges, if nothing else, however, so there is definitely that. It also sounds pretty good- again, the soundtrack is not going to win any awards, especially given how great music in JRPGs usually can be, but what is here is pleasing, accentuated in turn by strong voice acting (what will please a lot of fans is the ability to switch between English and Japanese voices at will).

For fans who may have played the original game, there’s an extra scenario here, which lets you follow the story from the antagonists’ point of view- I have to admit I think it seems to be a bit more intriguing than the main story, and if nothing else, it gives you a reason to play through the game again after you are done with it. Overall, the value of the package is really hard to deny.

Is Shining Resonance Refrain going to win any awards? It’s not even the best JRPG that has come out this year on any of the systems it has appeared on, and it’s a far cry from the classic Shining games that fans love so dearly. That said, it’s still a fun, if a bit rote, JRPG adventure that fans of the genre could stand to play and enjoy.

The battle system is fun and relaxing, the structure of the game lets you play at your pace, there's a lot of value packed into the game, character interactions are great.

The story is rote, bland, and predictable; the pacing is bad and interrupts gameplay far too often; the graphics and music are fine, but nothing special

It's not even the best JRPG we've had this year, but Shining Resonance: Refrain is nonetheless competent and fun enough on its merits to earn a look from fans of the genre.

A copy of this game was provided by developer/publisher for review purposes. Click here to know more about our Reviews Policy.
Tagged With: nintendo switch, pc, ps4, Sega, Shining Resonance Refrain, Xbox One