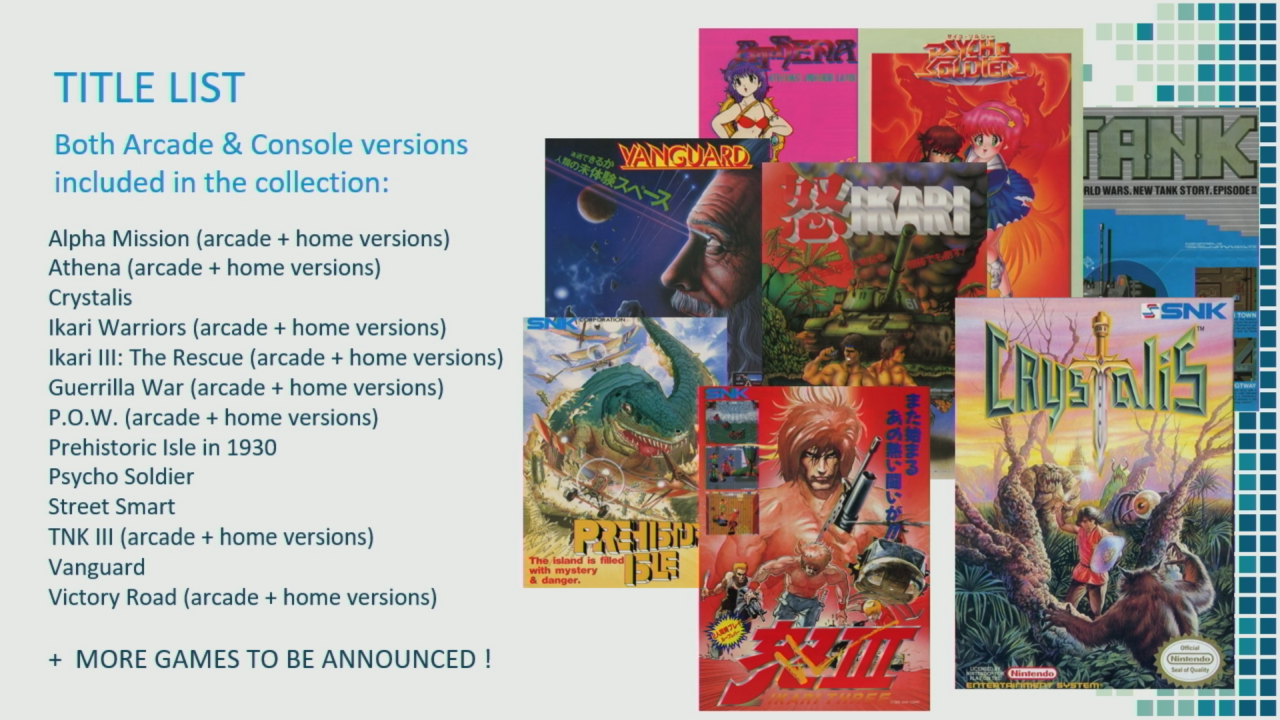 SNK 40th Anniversary Collection, which will include arcade and console games from the 40 year history of SNK, will be coming to the Nintendo Switch, the company announced today. There will be a multitude of games, with an emphasis on their 1980s catalog—and a Museum Mode included as well, that will include the history of SNK titles, including ones that aren’t going to be playable in the collection.

Additionally, there will also be HD screenshots of artwork, promotional material, in game screens, and write-ups of the pre-Neo-Geo era. A Special Edition including a soundtrack and art book will also be retailing for $65 (and will be available exclusively from NIS America’s store).

So fans of SNK’s retro output are probably going to really love this collection. It will be launching on the Nintendo Switch some time in 2018–an exact date hasn’t yet been announced, but when it is, you can be sure we’ll update you with it.