The game offers plenty of action, all set to the rhythm of its music. 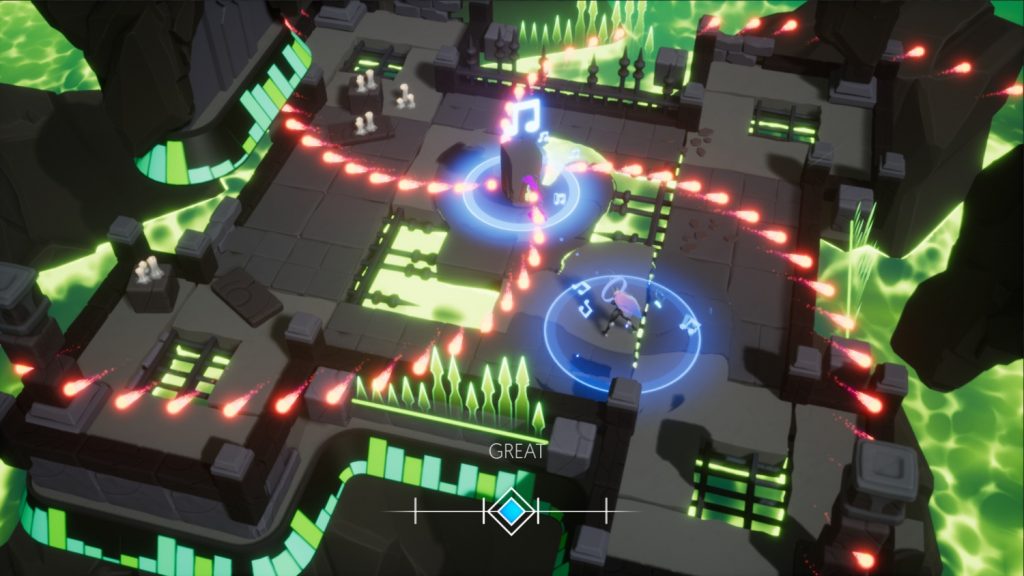 If you’re a fan of rhythm games, or action games, or both, then you’ll be excited to learn of Soundfall. This is a game that is being developed by Drastic Games, whose members formerly worked at Epic Games. The debut trailer for the game is now out and it showcases what exactly the game looks and plays like.

Soundfall is full of musical elements, and everything moves to the rhythm of that music. In fact, even the game’s loot and enemies are procedurally generated according to the music. Even the game’s story seems to fit in with the theme of music, since it’s about the protagonist called Melody as she tries to stop the villain Discord from destroying the world of Symphonia. The game features a vibrant art style, and the gameplay appears to be both smooth and rhythmic.

Take a look for yourself below, if any of that sounds appealing to you. Soundfall is currently being developed for the PC, PS4, Nintendo Switch, and Xbox One, and it is set to release in 2019.