An all star cast from Rain Games gives GamingBolt the low down on the upcoming PS4 puzzle platformer Teslagrad.

Teslagrad is a unique platfomer that focuses on the law of magnetism to solve difficult puzzles. The game features an orphan boy who manages to escape the wrath of an evil king who intents to destroy all the technical wizards in the city of Teslagrad. Teslagrad was released on the PC last year and will be making its way to the PlayStation 4 this year.

GamingBolt caught up with Rain Games’ Peter Wingaard (the company’s CEO), Ole Ivar Rudi (Lead Artist), and Eduardo Garabito (Press & Community Manager) to know about this platformer. Check out their response below.

Rashid Sayed: To begin with can you tell us a bit about yourself and the company you work for?

We are Rain Games, a Norwegian indie game dev studio, and Teslagrad is our first released game (you know, besides of small game jam games and the like). Another game called Minute Mayhem was in development before Teslagrad, but we weren’t able to got any fund nor attention to it, so it wasn’t finished. Fortunately, the world in which Teslagrad takes place and a good part of its lore was born in that unfinished project.

We’re about ten people making different stuff, including artists, programmers and writers (among others). Some of us in the team are pleased to have taken part in this interview: Peter Wingaard (the company’s CEO), Ole Ivar Rudi (Lead Artist), and Eduardo Garabito (Press & Community Manager). 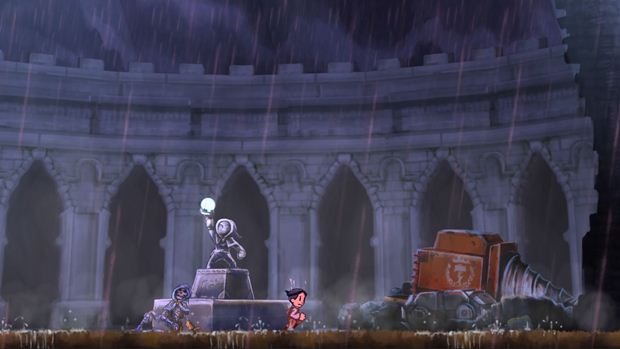 "We like Xbox One too, but at this stage we're working to deliver the many versions still pending, quite a task indeed. In the end we're a small studio with limited resources, so it's better not to bite more than we can chew."

Rashid Sayed: I find it interesting that TESLAGRAD is not coming on the Xbox One. Is there a specific reason for the same?

Eduardo: Not really, it’s just that the opportunity hasn’t showed up yet. We like Xbox One too, but at this stage we’re working to deliver the many versions still pending, quite a task indeed. In the end we’re a small studio with limited resources, so it’s better not to bite more than we can chew. Once we get the releases planned, we’ll be ready to think about new platforms. And as the port shouldn’t be that hard, it sounds like a plan to reach as many platforms (therefore, as many players) as possible.

Rashid Sayed: TESLAGRAD does not seem to be a resource intensive game. So is it safe to assume that the game will run at 1080p and 60fps on the PS4?

Peter: With physics and HD graphics, Teslagrad may not be as light on the resources as one might think, but yes: 1080p and 60fps are pretty safe to assume for the PS4.

Rashid Sayed: Can PS4 owners any content changes from the original PC version?

Eduardo: Besides of small differences (in controls, mostly) the content is the same.

Rashid Sayed: What are your thoughts on the current resolution and frame rate debate? According to you, does the debate make any sense?

Ole: It’s a question of balance, really. 60fps gameplay is essential for some genres, specifically those that feature a fast-moving or first person camera. For a slower paced game it might be worth sacrificing frame rate a bit for higher quality graphics, but you really have to consider it on a case by case basis, overall quality generally trumps quality in a specific area.

For instance, if you’re pushing the hardware, there is no point in maxing out image resolution if it comes at the cost of having to reduce texture quality. You’d just wind up showing off your bad texture quality more clearly! That said, the PS4 is more than powerful enough to run Teslagrad at maxed out setting, so there’s really no reason not to do so. 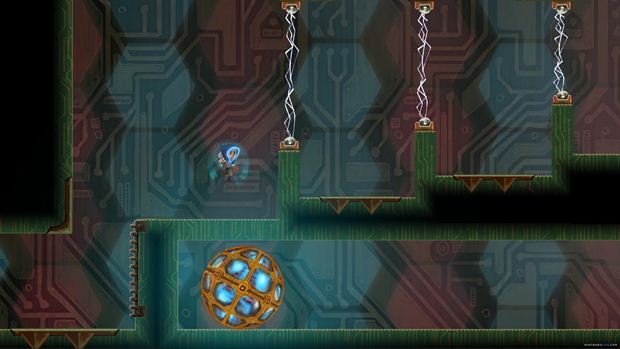 "In our game, Tesla is not the awesome inventor he was in the real world, but the family name of some special people who are able to control the powers of electricity and magnetism."

Rashid Sayed: For our readers who are unaware about TESLAGRAD, can you tell us about the protagonist and the story of the game?

Eduardo: Teslagrad tells the story of the last teslamancer, the little boy you play. The story takes place in the kingdom of Elektropia, a nation which is deeply inspired by Nordic and Eastern European history, art and architecture. It’s also inspired by Nikola Tesla, of course. In our game, Tesla is not the awesome inventor he was in the real world, but the family name of some special people who are able to control the powers of electricity and magnetism.

The game starts with the boy being forced to leave his home, threatened by unknown soldiers. As soon as he’s out on the streets the unknown soldiers try to hunt him down, but the boy’s flight soon leads him to the Tesla Tower, a place now ruled by a despotic King who wants to see the teslamancer breed destroyed. The place where his father’s trail was lost. Your objective is to gain the teslamancer powers and unveil the mistery within the tower, the fate of the teslamancers and the story behind both the King and the nation of Elektropia.

The thing is that, as you can see, there are many layers of the story, and the most interesting part, that it is told completely through visuals. There is not a single word to be read or heard in Teslagrad, but there’s a lot of details hidden here and there. In the environment, in the events happening around the player, in some mechanized theaters. And also in secret scrolls that the father hid long time ago, that contains information that the player needs in order to understand the whole story.

Rashid Sayed: TESLAGRAD is due in Q4 2014 but do you guys have a release date or at least a release month locked in?

Eduardo: Unfortunately we don’t, as it’s dependent on many external factors. We look forward to announcing a definitive release date! 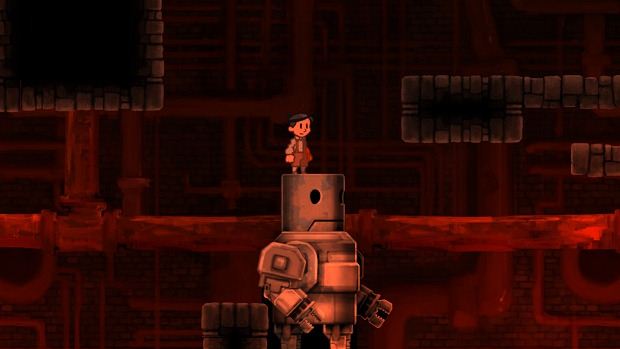 "Depending on the player's ability to solve puzzles and resolve the platforming thing, you can expect an average of 5 to 8 hours to beat the game."

Rashid Sayed: Do you think Sony’s indie policy has made things less challenging for indie developers compared to before?

Eduardo: Sony’s been incredibly helpful to us. The company is making a huge effort to find a place where independent developers feel comfortable, and all their platforms are managing to showcase both AAA super-productions and tiny games which used to be niche. Just take a look at indie games presence in PlayStation Vita, it’s wonderful. For small studios like ours, jumping into the consoles market is still challenging, but it used to be almost impossible. So definitely they’re doing a great work, which we appreciate.

Rashid Sayed: Can you tell us about the Teslamancer technology that the protagonist will have access to?

Eduardo: Teslamancy is kind of half scientific/half magic power as it’s presented to the player. As you know Teslagrad is an action platformer with Metroidvania touches, so items have an important role on how the player progress through the story, granting new abilities and discovering new paths within the tower. The game is all around the concept of magnetism, and so are the items! Early in the adventure you find a gauntlet that allows you to change the polarity of certain things, which will be the main tool to solve the initial, tutorial-like puzzles. But later, you find stuff to “blink” instantly (like a short teleportation), a cloak to change your own polarity, and more. They are all represented in the launch trailer, just in case you prefer to take a look at it :).

Rashid Sayed: How many hours of gameplay can PS4 owners look forward to? Furthermore how do you plan to improve the replay value?

Eduardo: Depending on the player’s ability to solve puzzles and resolve the platforming thing, you can expect an average of 5 to 8 hours to beat the game. BUT. finding all 36 secret scrolls could be pretty difficult, and they are necessary both to completely understand the story, and to reach the true ending… 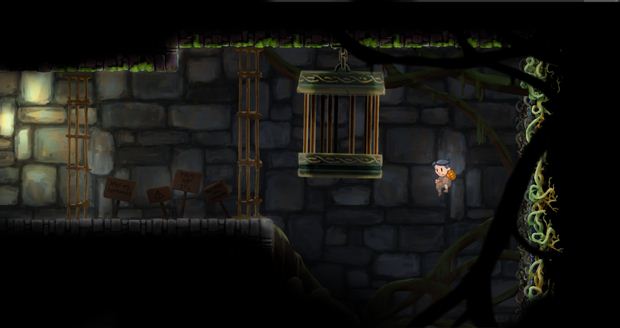 "We are thinking of using the light feature. Teslagrad is very much about Red and Blue light, and so we saw an opportunity. We shall see if that is still in the final build of the game."

Rashid Sayed: Are you using the DualShock 4 touch pad in anyway?

Peter: We are thinking of using the light feature. Teslagrad is very much about Red and Blue light, and so we saw an opportunity. We shall see if that is still in the final build of the game.

Rashid Sayed: Several developers have termed the PS4 GPU as a beast. According to you is it really a beast?

Peter: Well, we aren’t really taxing it all that much. But yes: We are not running into the need to do optimizations for this console the way we are used to. But then we aren’t done porting, so we might still get some more experiences with it.

Rashid Sayed: During the PS4 pre-launch days, Sony claimed that porting to the PS4 will be easier. Given that TESLAGRAD was originally built on the PC first, do you think Sony’s claim about PS4 porting were correct?

Peter: The architecture is closer to a PC, so there are fewer surprises when you get to the porting. This is good, because sometimes a surprise can cost you a few months of work.. Bear in mind that we use the Unity engine, and that the version of Unity for this console is still pretty new. As a result there are a few things in the software that need to be ironed out before it becomes a truly fluent porting experience, but I think that given a little time the statement could end up being pretty accurate.

Rashid Sayed: Is there anything else you want to tell our readers before we take off?

First of all we want to thank you for the interview! We’re really excited about the release in the PlayStation platforms, and we hope the players enjoy Teslagrad. In case there are any other questions we’re always available at Facebook and Twitter. Just drop by!