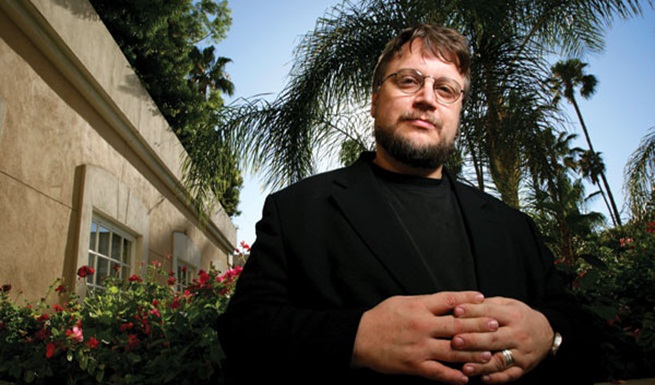 Guillermo Del Toro of Pan’s Lanyrinth and Hellboy fame is supposedly “completely engaged” with the development of THQ’s upcoming InSane trilogy, and isn’t quite the name drop that many had speculated.

Danny Bilson, THQ’s publishing boss, told CVG that the “fiction flow” of Del Toro’s debut game is already complete. Bilson has described that upcoming title as “horrific action,” but not a full blown survival horror title as we know it.

Bilson has also said that “[Del Toro is] a hardcore gamer, he’s passionate about bringing some new thrills to gaming, he’s completely engaged with myself, Paul DeMeo – head of our writing team at THQ – and the guys at Volition who are making the game.”

“He’s already been out there [in Canada, to Volition’s studio]. We just got through the fiction flow of the game just before Holidays. He was in every meeting, he sat there all day long kicking stuff around. He’s funny as hell, a huge fan of games; he’s just like the rest of us. He’s not going anywhere. If he were here now, he’d tell you: ‘I do not want to be one of those film-makers who puts my name on something and doesn’t do the work.'”

“Is Del Toro a great game director? Hopefully we have the skills to filter his talent into that. He will learn tonnes [on the first game], and then on the second InSane he’ll be even more opinionated because he’ll know more things to poke at. Rest assured, this is a Guillermo Del Toro game for sure.”

Only time will tell how the InSane titles turn out.

Warner Bros. Games has announced the PlayStation, Xbox, and PC release date for the action RPG. The Switch lau...

Producer and host Geoff Keighley says this year's show will feature a mix of previously announced titles and n...

Check out how two scenes from the remaster compare to the remake releasing on September 2nd for PS5 and later ...

Player First Games has also confirmed that not all content in Season 1 will drop on the same day but "spread t...