Woolfe The Red Hood Diaries Review – Too Much Huffing and Puffing

GRIN’s adaptation of Red Riding Hood is unfinished at best and agonizing at worst.

There was a time when American McGee’s Alice came about and changed our perception of fairy tales in video games forever. This perennial take on a Wonderland gone grotesque was peppered with excellent set-pieces that turned the age-old tale on its head. The devilish grin of the Cheshire Cat. The insane asylum where Alice suddenly found herself, intense personal trauma tainting her inner journey into Wonderland. The Red Queen and her Xenomorph-esque second head.

Roughly 15 years later and I can still remember all the amazing events that transpired in American McGee’s classic, even with the horrible writing and straightforward nature of the adventure. McGee may have moved on to other ventures but his visitation of fairy tales continued with Akaneiro: Demon Hunters. 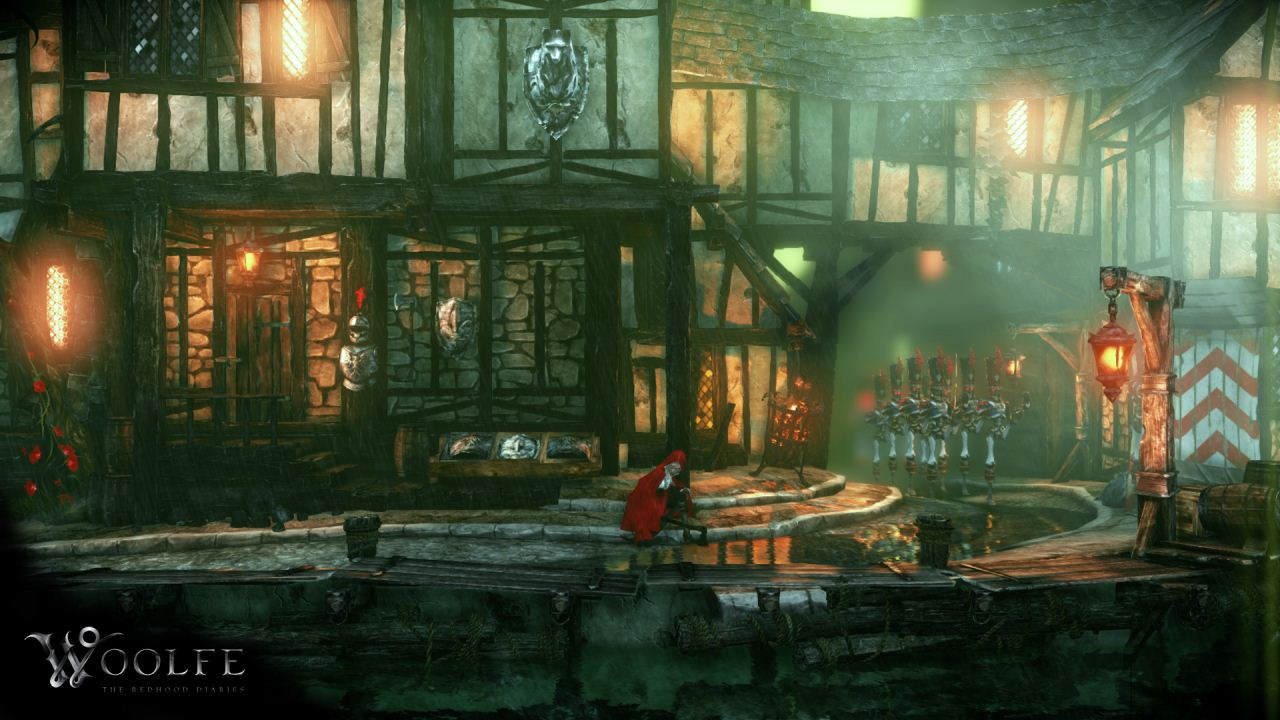 "Even if you extract the lazy re-telling of the story, which juxtaposes previous archetypes into a platform puzzler with grit, the very foundation of Woolfe is shoddy."

So where in the world does GRIN Gamestudio’s Woolfe: The Red Hood Diaries come in? Well, this is also a darker retelling of the Red Riding Hood saga which reimagines the titular heroine as an assassin in a steampunk city gone wrong. B.B. Wolfe is the culprit behind all this, holding Ulrica under his despotic rule and keeping Red’s father captive while forcing him to manufacture an army of tin soldiers. When her father dies, it’s up to Red to take down Wolfe and effectively liberate Ulrica.

Here’s the problem though: Even if you extract the lazy re-telling of the story, which juxtaposes previous archetypes into a platform puzzler with grit, the very foundation of Woolfe: The Red Hood Diaries is shoddy. Jumping puzzles can be a nightmare at times due to control issues and bugs, especially in sequences where you have to run away and react fast. Some attacks seem to never connect with enemies and bosses tend to glitch out at times. It doesn’t help that there isn’t much to the combat at all either.

You’ll make use of two magic attacks, a normal attack and a heavy attack as Red brandishes an axe (get it? Like the Woodsman who saved her in the classic fairy tale?). That’s it. You won’t have the luxury of much choice during combat and your heavy attack seems to make quick work of most enemies. It’s incredibly annoying to see target withstand your blows and refuse to die at times though.

At least the visuals are fairly decent. Ulrica comes across as a distraught, Victorian wasteland with grimy structures and impressive, albeit ruined architecture throughout. The steampunk imagery adds that extra sheen to the surroundings but one has to wonder what any of this has to do with the original tale, even in passing. At least with American McGee’s Alice, we were given sufficient reason as to why Wonderland had been distorted so. 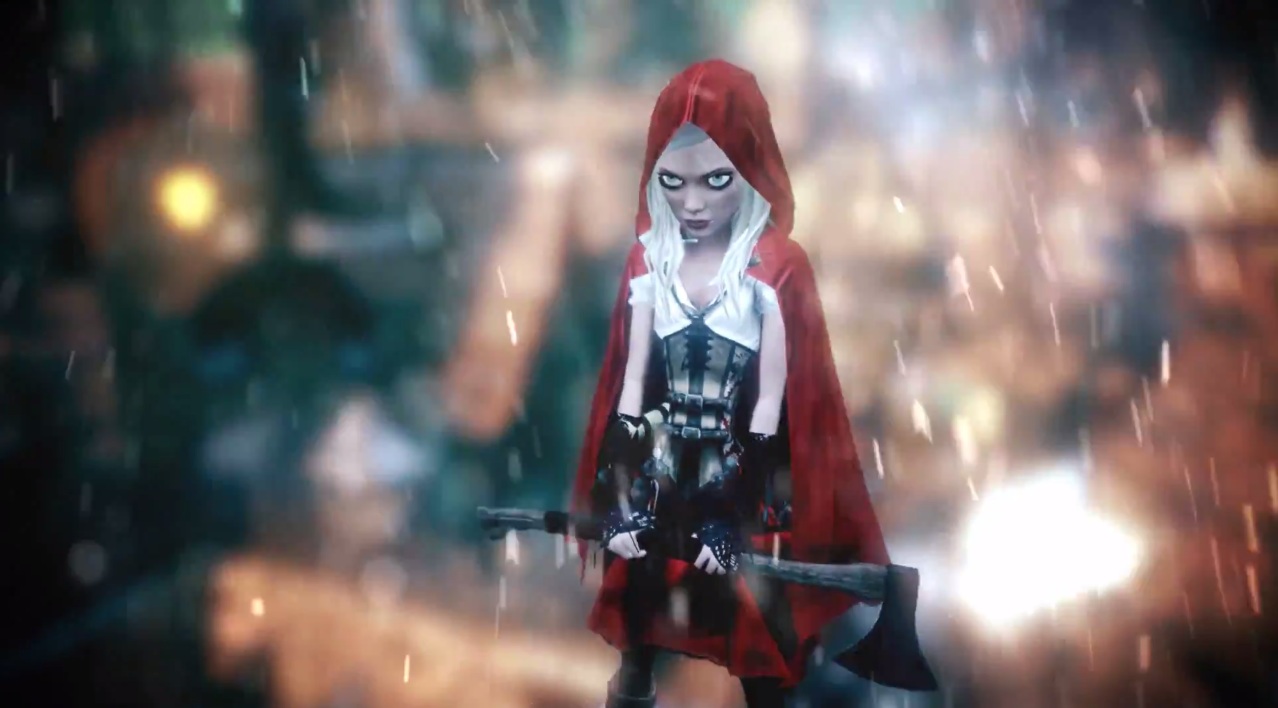 "Woolfe: The Red Hood Diaries lasts a measly 2 to 3 hours so even if you can appreciate the art style and plot, you still won't be spending much time at all in Ulrica."

Woolfe: The Red Hood Diaries, on the other hand, just wants a bad-ass world to set its characters in and nothing more. We’ll excuse it for the most part, especially since Akaneiro took a similar path with its treatment, but it just comes across as odd to see the Big Bad Wolf and Red Riding Hood battle in what’s effectively Dunwall’s 2D brother.

It’s often the protagonist that can make or break the experience in games like this and while Red isn’t the worst character ever, she’s perhaps the most tiring to listen to. Yes, she’s seen some tough times but her mix of overstated toughness and quirky wit fall flat more often than not. Of all the things that American McGee could have inspired Woolfe to do, it was apparently the horrible writing which GRIN deemed worthy of note.

Woolfe: The Red Hood Diaries lasts a measly 3 hours so even if you can appreciate the art style and plot, you still won’t be spending much time at all in Ulrica. Granted, this is only part one of a two part experience but it does nothing to build momentum for the finale.

Woolfe: The Red Hood Diaries proves that not all fairy tales are suited for mature adaptations and not just because of their content matter. The adaptation itself has to boast of a strong treatment, filled with interesting characters and events that expand on the original plot. Woolfe’s sole claim to fame – it’s art style and setting – only serves as wasted potential due to the sheer annoyance that is Red and her various vengeful dealings. American McGee’s Akaneiro is an instant classic in itself but it does a far better job of painting Red Riding Hood in gritty shades than Woolfe can.

Art direction and visual style are good. Ulrica as a setting is interesting.

Adaptation feels odd at times, rather than expansive. Controls and combat are hit-and-miss, leading to frustrating navigation and combat. Only 3 hours long. Dialogue and plot are less than compelling and Red's one-liners are Razzie-worthy.

Woolfe: The Red Hood Diaries has a lot of great ideas but horrible executes them. While visually well-made, it best serves as a primer on how not to adapt fairy tales for mature audiences, especially in light of the work done by American McGee.

A copy of this game was provided by developer/publisher for review purposes. Click here to know more about our Reviews Policy.
Tagged With: GRIN Gamestudio, pc, Woolfe: The Red Hood Diaries