Tokyo Game Show 2010 is nearing and the rumor mill is in full swing. There is a lot of anticipation in the air since Tokyo is the place where most of the esteemed Japanese developers strut their stuff. So what will TGS 2010 bring? What can gamers around the globe expect from Tokyo Game Show 2010?
So let’s look in to the prediction mirror and see what’s in store this TGS. 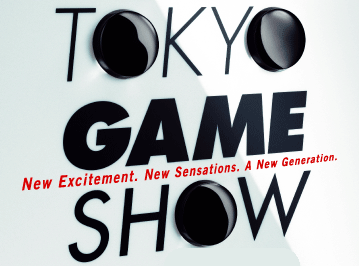 If anyone who doubts the talent behind Team Ico than he or she should play Shadow of the Colossus. From what we have seen, The Last Guardian is shaping up to be a very strong entry in to the PlayStation 3 library. It’s been over a year since we have had any information about the game, so TGS 2010 might actually be the event where we will see the game in action and hopefully with a release date as well.

When you have the creator of one of the best (if not the best) survival series in charge of a game than all you can expect is awesomeness. Shinji Mikami, the man behind the famed Resident Evil series is heading the team behind Vanquish. And whatever we have seen of Vanquish promises to be exciting and full of oh-so-cool over the top action sequences. And don’t think it’s going to be another Gears of War clone, Vanquish will dazzle fans in its own style this TGS 2010.

It’s been over two years since the last Devil May Cry was released. The rumors of Team Ninja developing the fifth installment in the crazy and the stylish demon hunter series have been in the air for some time now. And I think it’s high time for the developers to come out and announce the damn game. I am not sure who the protagonist will be this time since Nero was ultra cool in Devil May Cry 4 or is Dante making a comeback as a fully playable character? We will keep our fingers crossed on that one.

The Legend of Zelda: Skyward Sword, the next installment in the bestselling and trend-setting Zelda series, is a bit of an enigma. It’s existence wasn’t even officially confirmed until very recently, and even though it was given a full blown E3 reveal this year, we know nothing about this game apart from how it controls. Although series head honchos Miyamoto and Aonuma have stated that this game will be a ‘reboot’of the franchise, following a different structural progression, and focusing on a different narrative set-up, we don’t know much. Will they finally bestow some details this TGS?

There has been hardly any information surrounding the gameplay and battle system of the game. Only three images of game play have been publicly shown from Japanese gaming magazine Famitsu. One of the images shows Noctis the main character in the city charging and attacking a Behemoth, the other two images show Noctis standing in the dessert behind a gas station and the other is of him standing on a mountain and looking at the sky. There are also rumors that Final Fantasy XIII Versus will ditch it’s exclusivity to the PlayStation 3 and will also be released on the Xbox 360.

It’s obvious after several remakes and sigmas, the third game in the series should be announced very soon and what better time and event for Tecmo to announce it then TGS 2010? Expect Ryu Hayabusa (obviously) and a host of new characters to be included in the game. Come on! We are thirsty to slash some bad guys and slay some demons in Hayabusa style.

Quite a few of us were pleasantly surprised when Nintendo took the wraps off the title it hopes will spearhead the 3DS launch: Kid Icarus: Uprising. Essentially, this represented the revival of a franchise that had been dead for almost a quarter of a century now, and to see it return to the spotlight with such style was a genuinely compelling treat for Nintendo fans. We can surely bet that there will be more at TGS.

It’s been just 18 months since the last Resident Evil was released so I am highly skeptical whether the sixth installment in the series will be announced. I am expecting that at least it will be hinted at TGS 2010. The last Resident Evil actually disappointed some fans since it was some distance off from what we had enjoyed back in 2005 with Resident Evil 4. We want a reboot of the franchise and the inclusion of scares and chills that the series is famous for.

Being developed by two developers for two different games (funny really), Tekken v/s Street Fighter or vice versa should best what Marvel Versus Capcom did. Personally I think it’s going rock since the basic fighting mechanics of the characters in Tekken and Street Fighter are so much better than any other fighting series out there. Look out for this one as this is going to be one hell of a ride.