We've compiled for you a list of humorous physics related glitches. 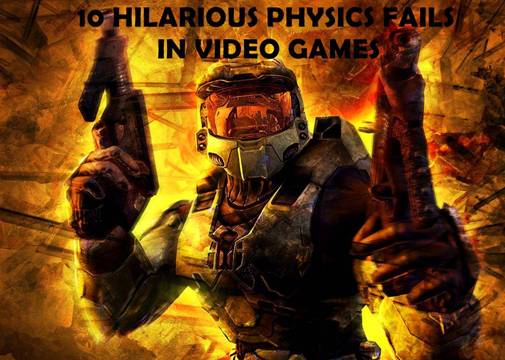 Back when I was a lad (he says attempting to retain some sense of youth), games were very different. Physics was just a buzz word used on game boxes, and the presence of dedicated physics engines was barely on the horizon. Now it seems that pseudo-realistic physics are a mainstay of almost all gaming genres, even ones where it isn’t all that necessary. Whilst some games are infinitely improved by realistic physics, others struggle to get it down pat without some kind of glitch or miscellaneous defect. Of course, some examples are more serious than others, but rather than focus on the outrageously frustrating or game breaking variants, we’ve compiled for you a list of humorous physics related glitches. Here’s ten of them, just in case your day needs a bit of a boost.

Of all physics related components, ragdoll physics tend to be the most prone to glitches by a mile. Just watch as this body sticks to and scales a lamppost upon expiring. Like an undead spiderman, though probably not quite as elegant.

I feel bad picking on Skyrim, as open world games and glitches go hand in hand more often than not. Though it may feel like I’m kicking it whilst it’s down, this particular Skyrim glitch isn’t to be missed. Just what the hell is this Ice Troll doing? Is this some sort of secret dragon shout that gives enemies an erratic jetpack?

I’m pretty sure that this is an unfortunate side effect of the ragdoll models for when a keeper tackles a rushing attacker. That said, we might be looking at this in the wrong way. For all we know, Andy Carroll is actually just a really nice guy and wanted to give the opposing team members a big hug. You never know.