A lot of games this generation, and in generations of gaming before, have received crazy hype. They receive so much hype, the rarely ever match up to it, and turn out to be huge disappointments. However, there are some games that are so good, they manage to live up to the crazy hype they receive. Below, we will be listing out ten games that were hyped like crazy, and yet were so good that they actually lived up to their expectations. Enjoy the list!

PLEASE NOTE THAT the games listed below are listed in no particular order. The numbering is completely random.

From the very moment Sony showed off Killzone 2 at E3 2005 with the infamous debut trailer, and touted it as showing in-game graphics, later revealing that it was after all pre-rendered, Killzone 2 started garnering unimaginable hype. And Killzone games do have a tendency to be hyped like hell. Killzone was touted as the ultimate “Halo-killer”, but when it was actually released, it turned out to be an uninspiring game with stupid AI that disappointed almost everybody who played it. Killzone 2, however, actually managed to live up to its crazy hype. Not only did it actually have the visuals that were shown in the debut trailer, it also proved to be one of PS3’s best games out there, to this very day. 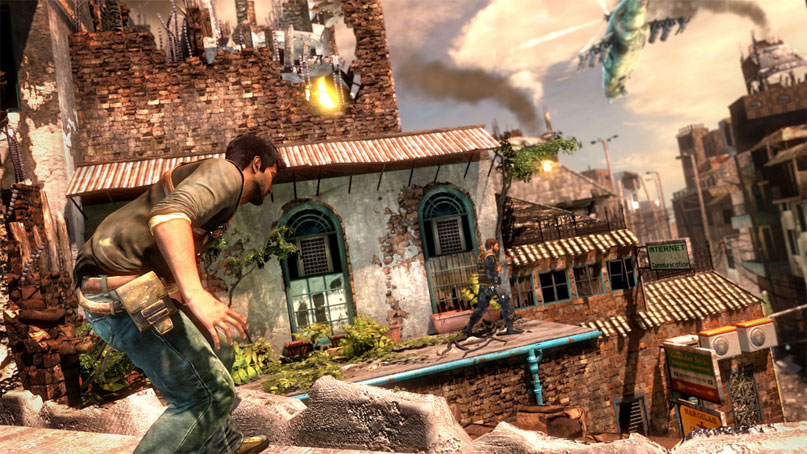 Breathtaking is the only word I can think of to describe this.

I almost explode- I mean literally explode– every time I remember the time before Uncharted 2: Among Thieves got released. Crazy fanboys on forums calling it the best game ever, touting it to be the next best thing after Ocarina of Time. And then the reviews came in, and the few sites that did not give this game a perfect score stilled called it one of the best games to have gotten released- ever. But I had decided- I would not believe anything till I played the game myself. And when I did play it, I was blow away. The most cinematic, the most thrilling, the most stunning experience I’ve ever had in my entire life as a gamer- that’s what Uncharted 2 was. Not only did Among Thieves live up to the crazy hype that surrounded it, it outdid it.

I am an angry Spartan. Be afraid. Very afraid.

God of War is a highly hyped series, and each and every God of War game that has been released has always exceeded all our expectations. And that includes God of War III. God of War II was a marvelous game. It had an excellent story, brilliant, cinematic cutscenes and a wonderful combat system, that not only refined the gameplay of the original God of War, but also lent unprecedented depth to it. A lot was expected of God of War III, and while it didn’t really deliver in all the aspects, and was not better than GoWII by any means, it was still a damn good game. In spite of all its mistakes, God of War III is most definitely the best action game this generation.