10 Reasons To Be Excited For Total War: Rome 2

Ten new ways for us to preach to the converted.

Originally announced in July last year, we’ve spent the past six months or so salivating over drip fed information on the upcoming Total War sequel. We’re heading back to Rome in this one and, just in case you weren’t already getting pumped for the release of Rome 2 this year, we’ve prepared ten reasons as to why you should be looking forward to this one. The game will speak for itself when it launches, but for now you’ll just have to take us on our word.

Let us know your thoughts in the comments section at the end of the article.

Rome Was The Best Total War

The Total War series has had an illustrious and complicated history over its past twelve years of existence and, though fans will each have their favourites, it’s easy to argue that the original Rome: Total War was the best of the bunch. The first of the titles to really put the series on the map, Rome has been a clear fan favourite since its launch in 2004, so a return to the plains of Carthage can only be a good move for the series.

The Creative Assembly Are On A Roll

The Total War series has been lead through a variety of ups and downs over its history, but developer Creative Assembly are definitely rolling high at the moment. The previous release in the series was the awesome Shogun 2, and even the recent Total War Battles mobile spin-off was a class act. If they can keep the momentum going, The Creative Assembly may be able to make Rome 2 the best Total War game yet.

The recent Total War games have had one thing in common; awesome graphics. Granted, some of the older versions look a tad dated after a few years, but what game can claim to be different? Shogun 2 still pushes plenty of mid-range systems to the edge despite having a few years under its belt, so it will be nice to see the shiny new coat of paint on Rome 2 put our PCs to the test once more. Individual facial animations for units are the biggest upgrade in the visuals department, hopefully leading to the most immersive battles in the series to date. 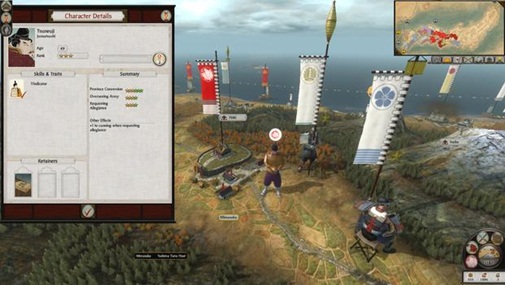 The campaign decisions of Shogun 2 are returning for the upcoming game, with CA claiming that the paths in the Rome 2 campaign will be even more divided and individual to each player than before. Each decision will influence future choices as well, to the point where each campaign will be an individual and fresh experience for each player.

Total War has incorporated sea battles into its mechanics for some time now; since the ambitious Empire: Total War in 2009 to be precise. Rome 2 will mark the first time that these sea armies will be incorporated into ground combat. Settlements and units close to the sea can be fired on by ships skirting the area, and we can only hope that land units can board any loose ships that sail too close to land. It should make for some dynamic fights indeed. 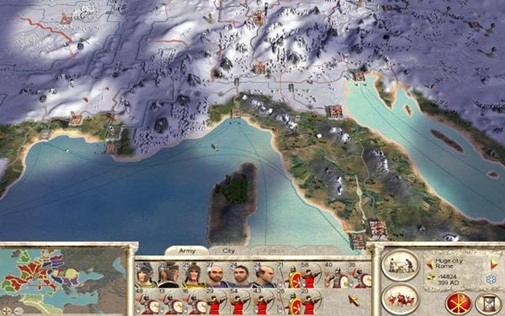 Though the historical accuracy of the Total War games has always appealed to only a small niche of players, it’s always been a hugely impressive aspect of the series. It looks like things will be getting more historical in Rome 2, with Creative Assembly focusing on really bringing the complicated division of culture throughout the Roman Empire to the fore. Whereas the previous Rome had but a collected Rebel faction, its sequel will feature divided rebels, each with their own agenda. Truth is indeed stranger than fiction. 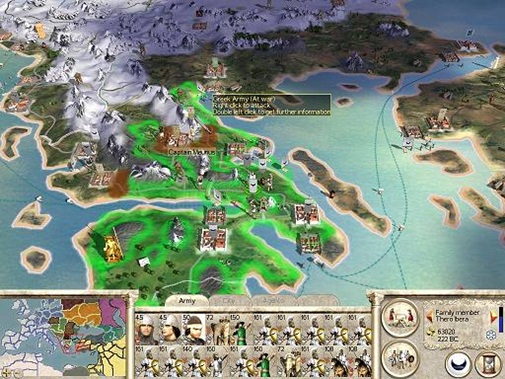 AI is oh so important for any strategy game; doubly so for one as focused on single player campaigns as the Total War games are. The combat AI in TW has been getting steadily better over the years, but the diplomacy AI still needs work. Thankfully the Creative Assembly have recognised this flaw, and seek to make diplomacy a more rigorous affair in Rome 2.

This is more a stab in the dark than concrete fact, as CA have been awfully tight-lipped about the multiplayer in Rome 2. Having said that, Rome 2 lead designer James Russell made the promising assertion that they’re “planning to do something really big” with the multiplayer. Fingers crossed this is more than just hyperbole.

Though nothing has been announced officially, when you consider the wealth and variety of downloadable content that supplemented Shogun 2 post-launch, it seems likely that Rome 2 will be getting the same treatment once the buzz surrounding the core release has died down. DLC is coming under increased fire on account of its occasionally questionable pricing and the way it impacts the core release of games, but The Creative Assembly haven’t been in this proverbial firing line on account of the awesome DLC available for Shogun 2.

History tends to repeat itself, whether in the republic of Rome or the annals of gaming history. Just as the original Rome: Total War became a versatile and mighty playground for increasingly creative modders, so we hope the same will happen with Rome 2. Mods are the lifeblood of any good PC game, Rome 2 inclusive we hope.