The competition is fierce, but only one will emerge victorious…

Games may be art- but they are art powered by technology, and that technology matters a lot. Without that technology, our favorite games would be little more than ideas. 2017 turned out to be a particularly eventful year in terms of tech for games- in this category, we felicitate the best of the best tech.

Nintendo’s new console managed to overcome all odds and skepticism, and actually work. The handheld-console hybrid showed us just what the utility of having a flexible, modular system like the Switch truly is, while its spontaneous local multiplayer capabilities made it stand out from every other portable system that had ever come before. In terms of specs, the Switch may not be the most impressive- but in terms of imagination, and how much it altered the paradigm, the Switch truly stands out.

Going in the opposite direction of the Switch, the Xbox One X doesn’t try to do anything new- it just tries to do what it does exceptionally well. And it pulls it off with aplomb. The Xbox One X, with its stunning 6 TERAFLOP GPU, and its 12GB of GDDR5 RAM, with support for HDR-10 and native 4K gaming, with every bit of the latest, most sophisticated tech packed into it imaginable, is a beast of a console- and a reminder that Xbox’s heritage lies in delivering true power to console gamers.

The first nw CPU architecture that AMD introduced in five years, the Zen-powered AMD Ryzen won everyone’s hearts and awe right away earlier this year- because of the sheer extent of performance it delivered. PC gaming gas always been a step ahead of consoles and portables- and with Ryzen, that generation gap has been widened even further, cementing PC gaming’s technological supremacy. 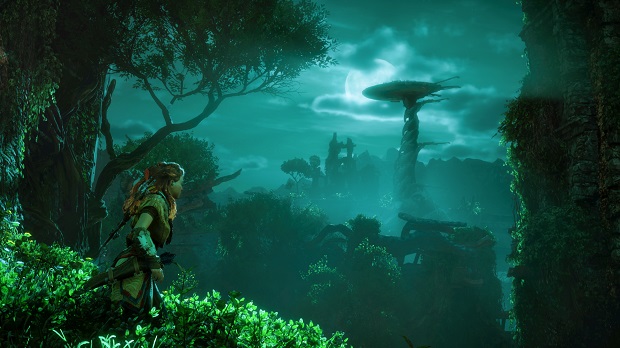 Horizon: Zero Dawn is one of the most stunning games ever made- that it achieves this on a gaming console, while having a vast open world makes it veritable black magic. And it’s apparently a hugely flexible piece of tech, too, since Hideo Kojima will b using the engine in his widely anticipated upcoming game Death Stranding.

Okay, look, Battlefront 2 has a lot of issues. We don’t even want to get into any of that right now. What is undeniable is that, for all the problems the game has, it looks and sounds spectacular- thanks to the technical wizards at DICE, who, with Frostbite 3.0, have upped the ante on the kinds of visuals we should expect in games yet again. We can’t wait to see what DICE does next- just how stunning will the next Battlefield look?

The Nintendo Switch introduces an all new paradigm to gaming, and it executes it nigh on flawlessly. The hybrid concept just works, and the flexibility and convenience offered by the Switch is so great that at some point, you will find yourself wanting to play every game on it. Does it lack in power? As a home console, definitely- but when you consider how much Nintendo managed to stuff into a 6.2 inch across diagonal tablet, it is mind boggling. The Switch wins our best tech of the year award for not just doing what gaming technology has always done, but better- but for doing something completely new, and then more or less perfecting it along the way, too.