5 Things You Should Know About The Dark Pictures: Little Hope

Last year, Supermassive Games and Bandai Namco came together for The Dark Pictures Anthology, their series of multiple individual horror narrative adventure games, and got it off the ground with Man of Medan. Building on the success Supermassive had found earlier with Until Dawn, Man of Medan may not have been as good as the earlier PS4 title was, but it was still a solid start for its new series.

Soon, The Dark Pictures will be returning with Little Hope, the second game in a planned series of eight, and deliver a similar choice-driven horror experience, but with a completely new story, setting, and characters. There’s quite a bit Supermassive have already revealed about their upcoming game, and ahead of its launch at the end of this month, we’re going to talk about five crucial details that you should know about it.

Supermassive Games have said on a few occasions now that with each new game in The Dark Pictures Anthology, they plan to explore a different style and subgenre of horror. With Little Hope, they’re going for horror driven by greed, fanaticism, and paranoia, in a story that takes inspiration from many sources, including The Blair Witch Project, It Follows, Season of the Watch, and even the Silent Hill games.

So what exactly is the game’s premise? Framed once again within an interview style conversation with the enigmatic Curator, Little Hope follows a group of college students and their professor who become stranded in the town of Little Hope, New England, after a bus crash, unable to leave because of a strange fog that’s trapping them inside (hence the Silent Hill inspiration, one would image).

The group of students and their professor soon discover that the town has some terrible hidden secrets, when they witness the execution of group of settlers from the past who look exactly like them. It falls to the group to uncover the town’s terrifying past, discover their connection to it, root out evil, and hopefully, make it out alive. 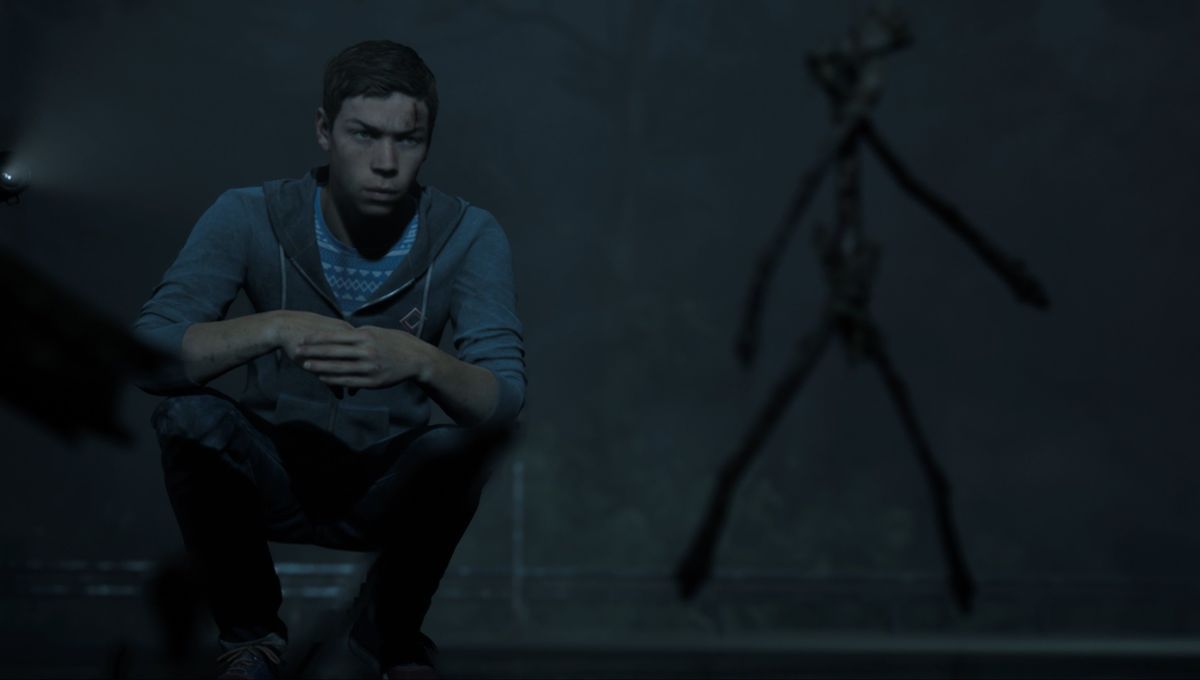 The Dark Pictures: Little Hope puts a lot of emphasis on uncovering the mysteries of the past in its story, and it’s clear that there will be plenty connecting the events of the past and the present. Learning exactly what those connections are is going to be an important element of the story, so it makes sense that we will also be witnessing events in the past of the town of Little Hope.

This time, interestingly enough, also has a history of witch trials, and the story will be focusing on a particular time in the 17th century, during the time of witch burnings. Meanwhile, at the same time we’ll also be learning about a family that lived in the town in the 1970s. Players will be uncovering all of these pieces as they look to piece the story together.

Clearly, there’s a lot of interesting strands to follow here- our only hope is that it all comes together well in a cohesive manner, to tell a story that brings the past and present together in convincing fashion. With a story that has as much going on, good pacing is always crucial (but never a given), so we’re hoping for the best here.

As we’ve discussed, Little Hope will focus on a group of four college students and their professor- but who exactly are these characters? Like Until Dawn and Man of Medan, Little Hope will make use of an ensemble cast of several characters, many of whom – also in true Supermassive fashion – will be played by some very well-known faces.

The four college students are Taylor (played by Caitlyn Sponheimer), Angela (played by Ellen David), Daniel (played by Kyle Bailey), and Andrew. Andrew is a character many players will recognize- since he’s being played by Will Poulter, who’s appeared in films such as The Maze Runner, Midsommer, Black Mirror: Bandersnatch, and more. Meanwhile, the professor is being played by Alex Ivanovici (whom some horror fans will probably know as the voice of Rick Trager from Outlast).

Finally, as we mentioned earlier, The Curator, played by Pip Torrens, will be returning as well. The Dark Pictures is going tell several stories that are not connected to each other and have different settings, plots, and characters, but The Curator is the one character that’s it all together. We don’t know yet if we’ll be learning more about his motivations (or if he even has motivations) in Little Hope, but we sure hope we do.

One of the most highly praised things in Man of Medan was its multiplayer gameplay, which itself was inspired by the popularity of Until Dawn as a makeshift couch co-op game. Little Hope will be following in those footsteps as well, and it’s going with the “if it ain’t broke, don’t fix it” philosophy.

The two multiplayer modes from Man of Medan will both be featured in Little Hope. In the Shared Story mode, two players play the story together through online co-op. Then Movie Night, which sees five players each selecting their character that they stick with throughout the story, with the game occasionally prompting for the controller to be handed off to the next character.

Both modes were quite well implemented in Man of Medan, Movie Night especially, so hopefully, Little Night will deliver a solid multiplayer experience as well.

Man of Medan wasn’t a perfect game, and there were a number of things that were criticized when the game launched. Supermassive Games have, of course, internalized much of that feedback, and they will be introducing some improvements in Little Hope in response to that feedback.

Speaking to Game Informer, the developer talked about quite a few of these. For instance, players will have greater ranges of walking speed, the camera will no longer always be fixed (though the game will take control in some sections), and animations and transitions have also been made smoother so that characters look better when they’re moving.

QTEs are also being tweaked in response to feedback for Man of Medan. They will not be as abrupt as they were in the 2019 title, and the game will try to strike a better balance between QTE-driven interactive sequences and letting players make big branching decisions.