2016 was not short on controversy.

2016 has been an eventful year for the video game industry, to say the least, and it’s safe to say that a lot of these aforementioned events have centered around controversy. Whether it be regarding alleged leaks for anticipated hardware, or massive backlash against hugely anticipated releases, there’s just been a lot of drama going on almost without a break. However, a lot of the times during the year thanks to these aforementioned controversies, we saw instances when the gaming community’s reactions were maybe a but disproportionate to the issue in question. And it wouldn’t be the first time that’s happened. From the infamous backlash to the Mass Effect 3 ending to the time people actually believed for a time that the Kinect would be the next big thing for Microsoft, the members and consumers of the gaming industry have been known to overreact to situations just a smidge. And 2016 was no different in that regard.

Here in this feature, we’re going to talk about five times we felt the gaming industry overreacted to situations or controversies in 2016. Of course, you may well feel that the reactions were warranted and justified, so you’re welcome to tell us exactly that in the comments section below!

No Man’s Sky will be remembered for a long time to come, and unfortunately for the developers of the game, for all the wrong reasons. There was a massive amount of hype surrounding the release of this title, and for good reason too. Though first revealed in December 2013, after an incredible amount of delays, the game finally hit the market earlier this year, and it’s fair to say that it was not all that people had been hoping it would be.

Was No Man’s Sky a disappointment? Sure it was. The hype and anticipation surrounding the game seemed to suggest that it would be the next big thing in the industry in terms of open world emergent gameplay, and the final product was nowhere near as good and groundbreaking as everyone expected it would be. Was the backlash against the game proportionate to how disappointing it was, though? It definitely wasn’t. The vitriol in the players’ reception to No Man’s Sky in the weeks following its release was shocking, with some fans even going as far as to personally harass Sean Murray and the other developers of the game, and there were reports that suggested that some people had even made death threats against the people who had created the game. Being disappointed with something you have been looking forward to is one thing, but this… this was just plain insane.

Lack of UHD Blu-ray in the PS4 Pro

When it was announced that the PS4 Pro would not include a UHD Blu-ray drive, a large number of people lost their minds. Why? Well, on account of the fact that Sony has always been known as a company that pushes latest media formats in its hardware releases, and that the PS4 Pro’s direct competitor, the Xbox One S, actually did have a UHD Blu-ray drive. So it was kind of a big deal for everyone.

But maybe for some people it became too big a deal, so much so that a large number of people swore off Sony and PS4 altogether due to this glaring omission. However, when you really think about it, you realize that it really isn’t as big a deal as it was made out to be. It ultimately didn’t make much different, because it’s not like UHD Blu-ray drives are used for playing video games. And as far as playing moviesgo, it’s worth remember that most people now watch movies digitally and via streaming. Granted, it was, despite those arguments, a noteworthy omission? But was it enough to render the entire hardware update absolutely useless, as many claimed it was? We hardly think so. 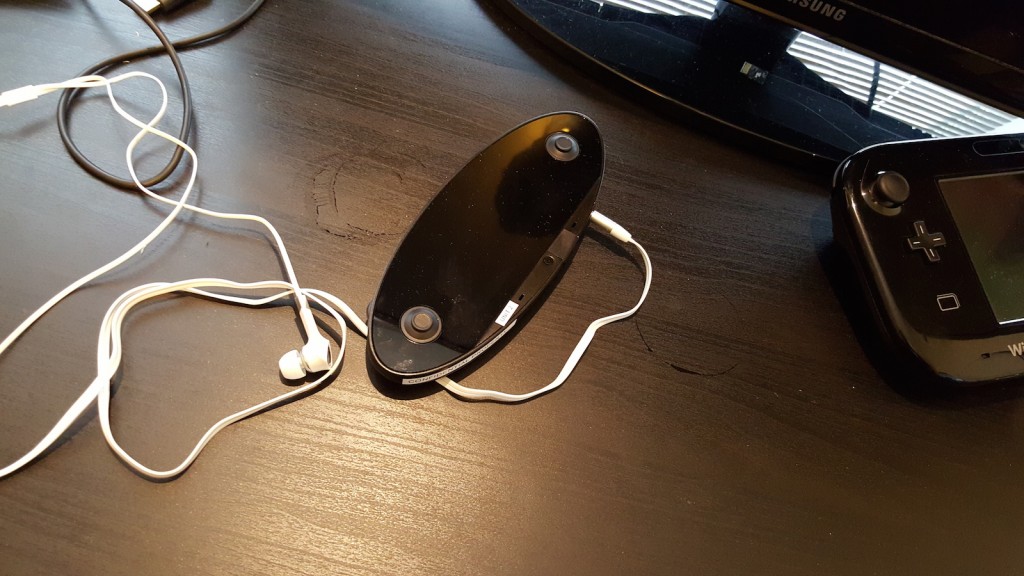 Oh man, this one was absolute gold. Earlier in the year, a set of images was released onto the internet, depicting what was believed to be a prototype version of the next Nintendo system, then known as the NX (and now officially confirmed as the Switch). It was essentially an oval shaped controller, and the leaks said that haptic buttons, two analog sticks and mousewheel-like scrolling shoulder buttons would be all it would feature in the way of actual buttons. It looked uncomfortable, to say the least, and the immediate reception it received was incredibly negative.

What was hilarious, though, was the ridiculous online forensics work that went into dissecting every pixel of the leaked images on forums. People went to incredible lengths, such as somehow looking at the reflection of a tree in a computer screen in the images and through some farfetched logic coming to the conclusion that the image had been originated from the studio Massive Entertainment (the people behind The Division). And of course, it was all for nothing. It was revealed a short while later that the photos were a hoax, and that the “prototype model” was just something built by someone who’s been goofing around with a 3D printer.

This one was a whirlwind, to say the least, and surely will be fodder for chuckles for some time to come. 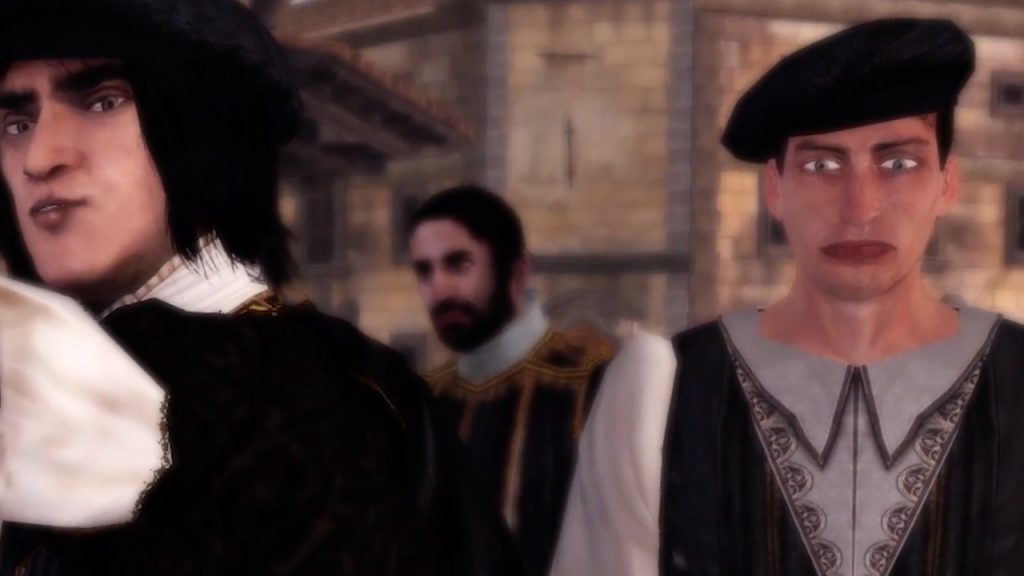 Around the release of the Ezio Collection on the PS4 and Xbox One – which included the remastered versions of Assassin’s Creed II, Brotherhood, and Revelations – a video went viral that showcased a number of horrendous glitches and visual bugs in the remastered collection. One of these bugs highlighted the face of a particular NPC who showed up in one of Assassin’s Creed 2’s earlier cutscenes, and he looked… well, he didn’t look good. People took one look at his clown face, and that almost opened a floodgate, giving rise to criticisms over everything from the entire HD collection itself to the fundamental worth ethics of Ubisoft.

Ubisoft being Ubisoft drew a shitload of criticism for this, and while some may argue that they’ve kind of had it coming, what’s funny in this scenario is that the entire reaction to the clown-faced NPC was for nothing. It turned out that the NPC was randomly generated, meaning that there was a very good chance he may not even show up in the cutscene at all, and that he was included in the original Assassin’s Creed 2 release as well. What’s more Ubisoft eventually even released a patch that removed the “weird NPC face” from the game altogether. 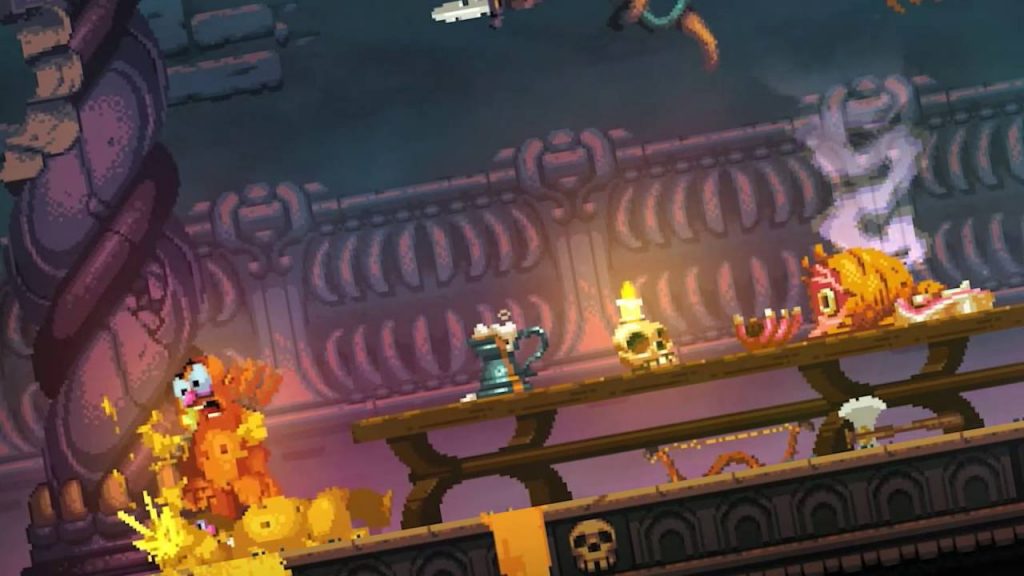 This one was, admittedly, a little surprising, considering the fact that the game Nidhogg itself wasn’t exactly a very well know industry-wide. It was surprising, then, that when Nidhogg 2 was announced, the reveal got a lot of attention, and strangely enough, a lot of backlash. Fans of the original claimed that they had loved the 8-bit minimalistic, stick-figure like visual art, that it was elegant and simple, and that, as a result, they were not really huge fans of the direction the sequel had decided to take in terms of art style.

People were not entirely fond of the chunkier, fancier art style of Nidhogg 2, and the character design in particular seemed to be a huge point of debate for a lot of people. However, what was ridiculous was that several people were all too willing to simply write off the entire game altogether based just on what it looked like. It’s almost a Wind Waker-like situation, albeit on a smaller scale. Who knows, the game might actually be great, in spite of whether or not the direction of the art style is something you agree with. Crazy idea, right?