Raven Software is back again with the latest installment of X-Men Orgins which is based on the movie itself. In Orgins, you will take up the role of Wolverine. The game serves as a prequel in order to throw some light on Wolverine’s past and how he joins Team X and ultimately defects from them. The game takes place in different locations like Alkali Lake, Project Wideawake, New Orleans and Africa. So the game starts with you travelling with your Team X members in an helicopter in an unknown location in Africa. You are just literally thrown in to the game without any tutorials or any directions whatsoever. However the games does take care of that when you progress through the levels. So after a series of X-men games, Origins will be the first time where players will be able to control Wolverine totally. 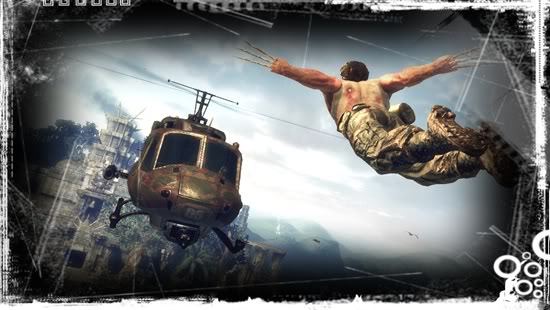 A lot of the game is emphasized on over the top action stunts, high risk maneuvers and Hollywood style action. You will be able to do a variety of moves with Wolverine. Wolverine basically has two basic moves. One is a light attack with his claws and other a heavy attack when a particular button is held down for some time. As you progress through the game you will obtain different powers like claw spin which when activated makes Wolverine go around in circles with his claws pouring out. The second move is the Berserk move, which makes the attack twice as strong, during which the claws of wolverine will be fuming with red color. The next one is Cyclone move which will see Wolverine to rotate a full 360 degree taking down anything and everything in his path. The last special move makes Wolverine slither through enemies. All these moves can be upgraded as you go through all the levels of the game. Also the developers have added the leveling system in the game, as more and more XP you gain throughout the course of the game your character will acquire more and more health. Now that brings me back to how the health system works in Origins. Wolverine can take any amount of damage. Soldiers will be firing bullets, Ninjas will be slicing him with a sword or the troops will be firing an RPG towards him, it will take some taking to take Wolverine down.

The developers have added a cooling system that’s an interval after which Wolverine has cleared a particular area of enemies his life will begin to regenerate. Origins is also a platforming game as much as it’s an action game. This is where players will be able to use neural sense, when activated makes the screen go brighter and only highlighting the points of interest. Also you will be shown where to go next as with popular games like Dead Space and Prince of Persia. Also there is character set up screen where you will be upgrade your powers by using the skill points you gain from leveling up. Its nothing ground breaking i personally liked the idea of leveling up, made my character that much stronger. In the character set up you will also find something called as Mutagens. There are three slots of Mutagens to be filled by the player. Mutagens are basically enhancers, which will enhance your ability to fight foes. For example the Vitality Mutagen helps in regenerating Wolverine’s health faster. The mutagens are spread all over the world of Origins, and it will be a tough ask to find them all. Wolverine’s standout move has to be the one with which he can dive over long distances with his claw spread. I must say that this move made my fights much easier.

The enemies in the game are pretty unique. In Africa you will be fighting Ninjas, Machetes and normal guys with machine guns and RPG’s. In indoor lab facilities you will be fighting off robots. So Raven Software have made sure that the enemies will be pretty unique and will dependent on which location you are currently playing in. But there are some issues as well. A lot of bosses are repeated at least 10-15 times. This is kind of a negative in my book since the developers could easily have put in other bosses as well. But what about this? In later levels you will be fighting a huge “Mutant” killer, height of about 100 feet. This battle was truly epic in proportions and was the standout battle of the game. Of course you will be battling some known characters from the franchise, these battles none the less are very satisfying. Somewhere in the middle of the game there’s again one awesome boss battle taking place on huge advertising hoardings. The final boss is pretty challenging and players will take a bit of beating before getting the better of it. 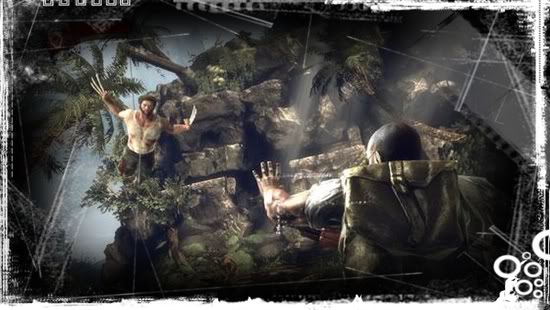 Graphically the game was not supposed to break any grounds. And it doesnt. Even though the lush forests of Africa and labs of New Orleans do looks very good. Also there is a sense of scale in many locations that you will find throughout the course of the game. However, there are also unusual glitches associated with the game. Wolverine will be able through walk through walls, jump through solid roofs, enemies corpse hanging in the air. All these things indicates that the developers were in rush to make this game. Talking about the sound, dialogues are pretty bad ass. Wolverine is a very likeable character and his dialogues indicate a lot of attitude and guts. All the voice actors have done a very good job in the game. Music is also pretty good for the most part of the game. Wolverine’s gore is just too good and makes the player really involved in the game.

After you are done with the game, there’s a bit of replay value to be found though. You will have bonus missions or you can drive back to single player mode again to collect all the trophies with which you can unlock Wolverine’s costume. These aren’t big things but makes the overall package that more appealing. While i was playing the game i had an impression that this is just another rip off. Yes it is. And that’s essentially a good thing, because the developers have nailed the gameplay despite some glitches. X-Men Origins is not a revolution but it does the best of everything it tries. Players who just can’t wait for new hacn and slash games should really try this out.

Visual glitches, Bosses could have been more in number and much better

Final Verdict:
SUPERB
X-Men Origins Wolverine is really a rip off, but its awesome gameplay and a likeable character make it a must buy.
A copy of this game was provided by Developer/Publisher/Distributor/PR Agency for review purposes. Click here to know more about our Reviews Policy.