7 Recent Shooters With Better Online Than Call of Duty

Call of Duty games always have pretty good campaigns (if a little senseless), but it’s the multiplayer component where they actually shine. It’s been hyped over and over ever since Call of Duty 4 took the world by storm just how revolutionary and addictive the franchise’s multiplayer is. But to be truthful, there are a lot of other shooters that have come out recently and have much better multiplayer than you’ll see in Black Ops or Modern Warfare 3. So here’s a list of 7 such recent shooters that have awesome multiplayer components that boast of plenty of component and very little bugs. 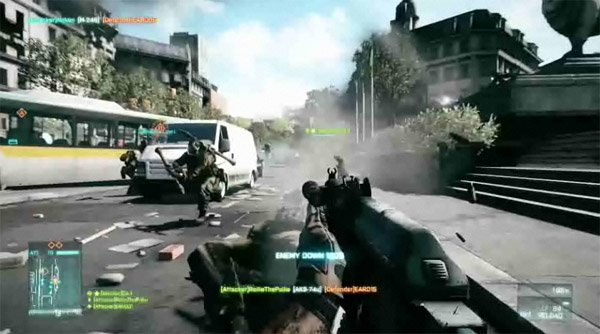 Battlefield has always been know for its multiplayer. DICE did add a single player component in Battlefield 3, but frankly, it sucked. Battlefield 3 was an awesome game, and it was that solely because of its multiplayer. The map sizes are huge, the class system is awesome, the leveling is complex and deep and promotes replay value, and with 100 players playing on the same map in a single match (PC version), things feel like they would in a real battle. Using vehicles is also always a ton of fun, and the increased focus on teamwork just makes the multiplayer that much more realistic, comprehensive and addictive.