8 Games This Year That Might Turn Out To Be Disappointing

Posted By Shubhankar Parijat | On 21st, Jan. 2012 Under Feature, Slider

Far Cry 2 was a disappointment for all those who’d played the first, Crytek-developed Far Cry game. While the second installment was a huge, expansive, well-developed game, it was a mere patch when compared to Far Cry 1, even in terms of visual fidelity. With Far Cry 2 being somewhat a disappointment, there’s bound to be doubt in people’s minds regarding Far Cry 3. Sure, Ubisoft Montreal has learned from their mistakes this time (hopefully), and it is returning to the island setting of Far Cry 1, and the visuals look fantastic and the game itself looks great from what we’ve seen so farm but we’re still not sure this game will be able to reach the highs that Far Cry 1 did.

Tomb Raider games have been disappointing us for a long time, and while the reboot looks really, really good, we will still approach it with caution. I mean, yes, it does seem to be offering a very cinematic, engrossing experience, but we still haven’t forgotten the last few Tomb Raider games, which were all sorely disappointing. We haven’t seen much of the game anyway, so it’s hard to be sure about anything right now, and again, after such a long hiatus, the developers must have made some mistakes. But let’s wait and watch.

Prototype, while an enjoyable experience, was certainly a disappointment. And while Prototype 2 does look good, we know very little about it- will it fix all of the first game’s problems? Will it fix even some of the first game’s problems? Will it be more of the same, or something completely new? Will it be a rip off of other similar successful games on the market? There’s too many questions surrounding the game, and we all have doubts about it in our mind. We need more info, Activision, we need more reasons to believe it won’t be a bad game. It sure looks good so far, but we don’t know enough. 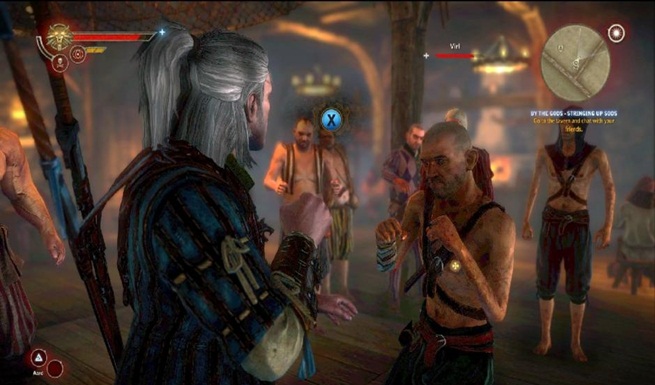 The Witcher 2 on the PC was an awesome game. It was a brilliant RPG, and it was one of the best games of 2011. Why, then, would it be disappointing on the Xbox 360? Well, basically because it was developed as a PC RPG, keeping the mouse and keyboard layout in mind. Functions like sticky keys and so many other things that can be done on the PC but not on consoles will not be available in the Xbox 360 version of the game, and while that may not absolutely break the game, it might detract from experience. The visuals fidelity we saw on the PC will also not be the same here, as CDPR will clearly have to downgrade the technical aspects of the game a little. I may not be getting at anything here, and I might be absolutely wrong, but it has happened before.

Give us your feedback in the comments section below.