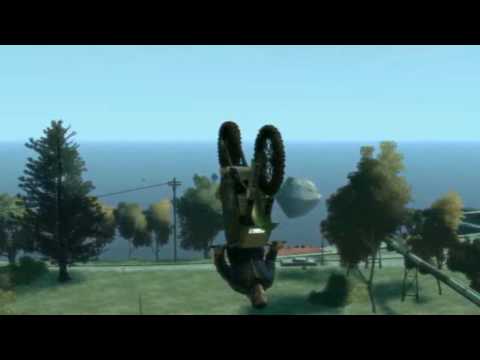 It’s a well known fact that video games are ever closing to Hollywood in terms of direction and action. Some games have already surpassed Hollywood movies in terms of production values. Stunt in movies are awesome, but stunt in video games are even better. Today we have compiled a list of 8 such mind boggling and insane stunts for you. Take a look!

Editors Note: The listing is random

8. Just Cause 2: Me and my Helicopter

There is no doubt in my mind that Just Cause 2 was a sensational action game. It had so many awesome moments that it is safe to say it’s easily the best action game that I played this generation. Check out this stunt and you will know what I am talking about.

7. Assassins Creed 2: The Definition of ‘Jump’

“BLOODY HELL” were the first words that came out of my mouth when I first did that in Assassin’s Creed II. I mean, I had jumped off a lot of buildings in Assassin’s Creed, but none were as tall as this. I mean, just look at that video. To climb up a skyscraper as tall as the Empire State Building (before you people say anything, it’s just an analogy, okay?), and to jump off it to fall into a haystack? Assassin’s Creed II provides a LOT of such exhilarating moments, but this is the most thrilling of all.

6. Prince of Persia: The Wall Runner

Prince of Persia games are the big daddy of platforming stunts, and Prince of Persia (2008) is no different. While the Prince does nothing new in that video above- just a combination of wall running, swinging on poles, jumping and some more of all that- it comes across as an authentic, breathtaking stunt that is brilliant to look at and even more so to pull off.