“The Clan is only as strong as it's weakest dwarf”

We recently got in touch with Sebastian Thorwaldsson, game designer at Zeal Game Studio, developers of A Game of Dwarves. We asked him a few questions about the gameplay mechanics and how does the game offer a unique experience in the strategy genre.

Shubhankar Parijat: With its dynamic structure and new features, do you think A Game of Dwarves offers a unique take on the strategy genre?

Sebastian Thorwaldsson: Yes I do. While you can find similarities to several other games in A Game of Dwarves the way the game comes together as a part strategy part management game in rather unique.

Shubhankar Parijat: Can you briefly explain how exactly the “Explore, Build and command” features come into play?

Sebastian Thorwaldsson: These three features are what the entire game revolves around. The Exploration of the underground caverns and excavation of earth and resources is the first thing the player is introduced to. During the entire game and every custom game, it’s the digging that drives the player forward. However in order to explore the depths of the earth the player needs a proper and safe settlement. Here the two other parts comes into play, The Dwarves need to have their basic needs taken care off such as food and sleep. In order to succeed at this the player need to build beds, grow food, and train a militia and several other things.

Shubhankar Parijat: Is there any limit to the number of maps one can play on in A Game of Dwarves? We know the game has dynamic maps, but is there any limit of combinations that determine what kind of map a player will play on?

Sebastian Thorwaldsson: In the custom game menu the player can select the attributes of the levels that are to be generated. While there is a finite amount of variations to these settings (around 3 thousand) the fact that the game then randomly generate a level using these attributes. The amount of different levels are near infinite.

Shubhankar Parijat: With the Dwarves always digging in the game, can we expect layered maps?

Sebastian Thorwaldsson: Oh absolutely, every map in the game have several layers. Right now the largest levels are around 50 floors deep and just as wide. Making for a really big world.

Shubhankar Parijat: Just what kind of “dangers” can the Dwarves expect to find while digging? Would I be completely off the mark if I mentioned, say… I don’t know, Balrogs?

Sebastian Thorwaldsson: The Enemies in A Game of Dwarves, gets their inspiration from several different sources. First and foremost is of course the classical fantasy / Tolkien settings, with the orcs and the goblins and what not. We also have some heavy Cthulhu influences for some of the Monsters. Last but not least we have some creatures from our own norse mythology. And about the Balrogs..maybe. 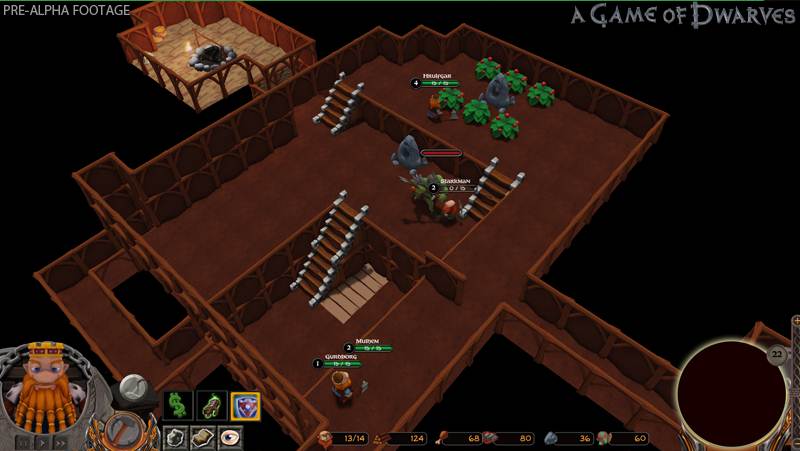 Shubhankar Parijat: Does the progression of Dwarves from weaklings to what you describe as immortals involve any RPG elements?

Sebastian Thorwaldsson: There are some, all dwarves in the game have attributes that increases as you specialize the dwarves. The Military dwarves have more of this than other, they first choose weather they want to become ranged or melee, and then they get to specialize even further. However the player do not assign particular attributes to individual dwarves.

Sebastian Thorwaldsson: “The Clan is only as strong as it’s weakest dwarf” While some dawrves might be more important to keep strong, if you let any of your work areas (gathering food, making sure that you have proper furniture, keeping a strong militia) deteriorate to much, the entire settlement will fall.

Shubhankar Parijat: What exactly is this “old country” the Dwarf Prince is looking to reclaim?

Sebastian Thorwaldsson: That is a secret 🙂 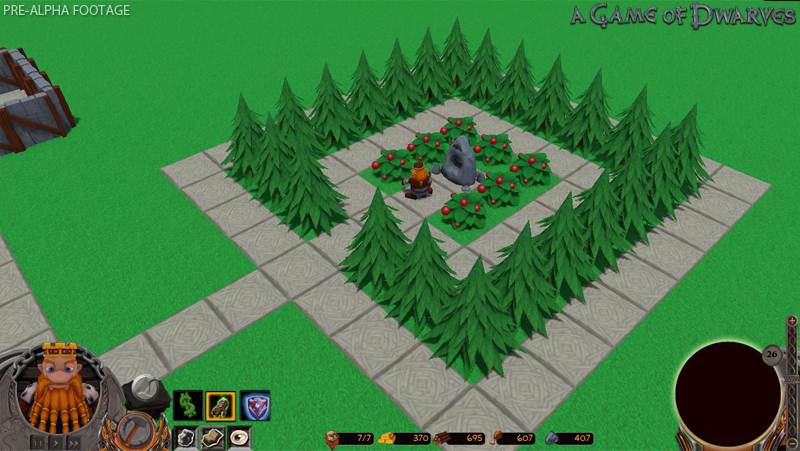 Shubhankar Parijat: Do you guys have any plans for DLC or sequels? Of course, it’s still a little too early to say, but were there any ideas that you guys couldn’t implement in the game and plan to release later on?

Sebastian Thorwaldsson: We are very keen to give our fans what the want. For instance at release it wasn’t possible to fill in holes in the ground, however once enough people told us that they wanted this feature, we implemented it, so now you can.

So again, we really want to please our customers especially after they’ve bought the game. For DLC we do intend to keep ading furniture and cosmetic objects as well as game play features as we go along. However we intend to keep much of our DLC free.