Ace Combat 7 Interview With Kazutoki Kono: “You Can Expect A Lot of The Great Elements That Made Ace Combat What It Is”

Commanding the skies once more.

Ace Combat 7 from Project Aces and published by Bandai Namco Entertainment made quite the splash at it’s world reveal at PlayStation Experience in 2015. Now, a year later and very little else has been revealed about the game since then. GamingBolt had a chance to sit down with the producer of Ace Combat 7 Kazutoki Kono and asked him a few questions about this illusive game.

Ace Combat 7 hasn’t really been seen much outside of its announcement at 2015’s PSX. How has progress been on the game until now?

So we made the decision to instead of piecing it out, giving you guys big content that wasn’t really ready yet, we wanted to really hit it hard with a bang. So we have VR support, the new trailer and a lot of new elements of the game.

What can you tell us about the game’s plot and setting, especially given the resolution at the end of Ace Combat 6?

It’s going to take place in the same fictitious world as Ace Combat 4, 5, zero and 6. But of course we want new users to be able to appreciate this game and not feel intimidated by the story,  because they don’t have all the background; which is why it’s not going to directly linked although it will take place in the same world. As far as timeline goes, it’ll be 10 years after Ace Combat 5.

What changes can be expected and then campaign mode? Will we see the same style of dog-fighting or is there something new in store?

As far as the campaign in Ace Combat goes, because this is a numbered flagship title, we really went to the core with what makes Ace Combat so great for a lot of the fans. You can expect a lot of the great elements that made Ace Combat what it is. As far as campaign and innovations, one of our key slogans even internally is “innovation in the sky.” We went a long way to make sure the clouds, for example, you can really feel and see the clouds. And when the jet goes through it it’s going to leave trails, and you can also hide in the clouds – that’s an element of gameplay. So that affects the way you dogfight by hiding in the clouds, and using that to your advantage.

How long will the campaign mode be? What Aircrafts can players look forward to flying in, and how many missions will be available?

The total playtime is still being adjusted because it’s in development and we’re making a lot of campaign elements right now. So I don’t have an exact number for you. But you can expect a similar amount of content to those of the flagship titles in the Ace Combat franchise. As far as the number of aircraft goes, it’s going to be less than Ace Combat Infinity, I have to say. But that is in part because we had to create all of the models ourselves from scratch, because we had to bring it up to date because we have new systems, new resolution textures and everything. We build all of the models from the ground up. 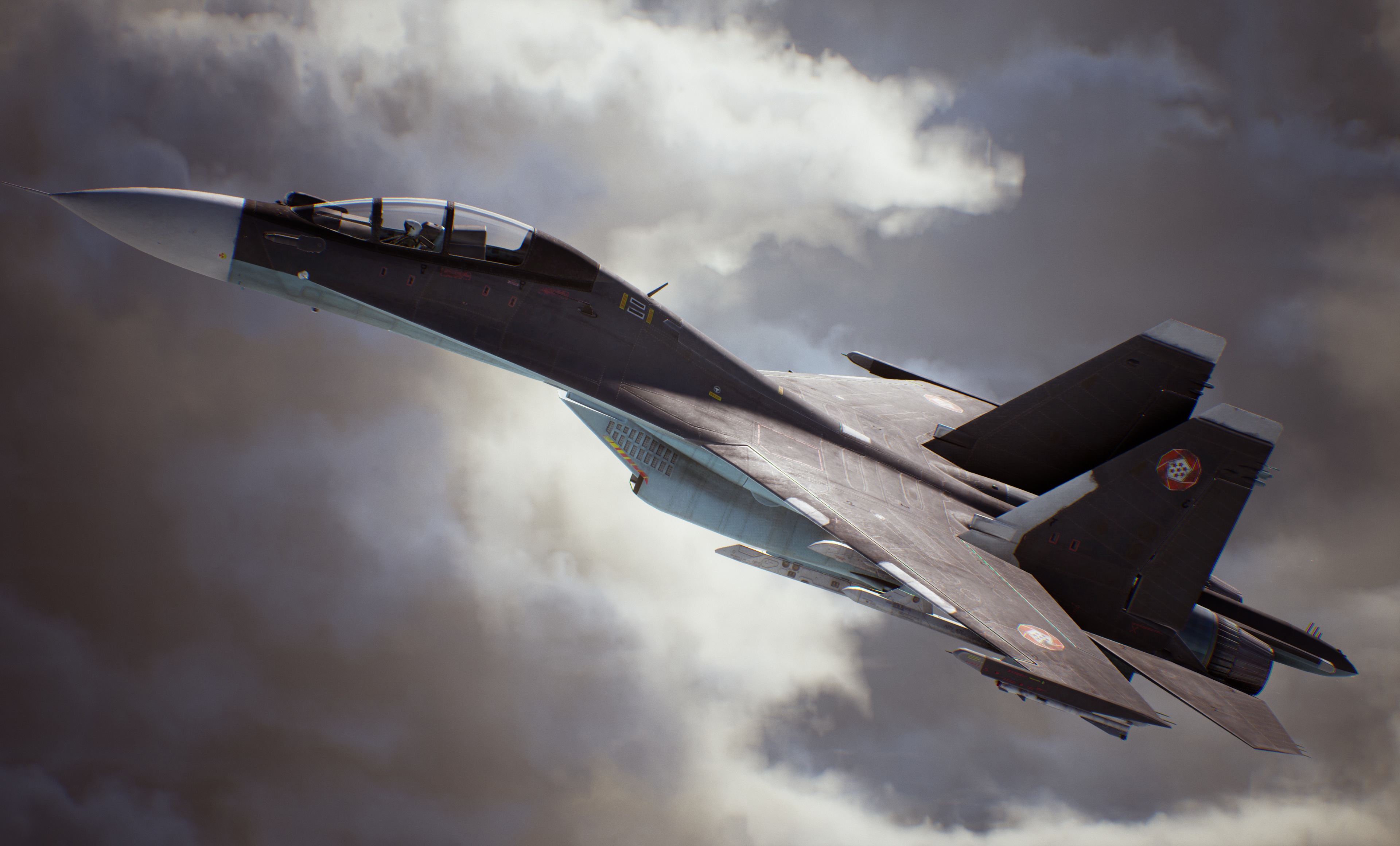 "The main difference between the VR version and the so-called “flat version” is that the flat version is a bit prettier in terms of textures and the level of detail. "

How does the PSVR help to further immerse players in the games world? How did you leverage the console’s power to enhance the visuals?

So I think it really assisted in our pursuit of realism. For example what I mentioned earlier in the sky, about the trails and all that, is something that can only be processed on a piece of hardware as powerful as the PS4. What also assisted us in pursuit of that realism is the illusion of being in the world. The level of immersion with the PlayStation VR in the power of the PS4 has has gone up exponentially. You’ll be able to trick your brain into thinking you are in this world once you put on the VR headset.

Unreal Engine 4 is a first for the series. Considering the immersive results seen from other games, how does it allow you to open up the gameplay of Ace Combat 7 especially on the PS4?

In a more traditional development, when it’s completely vertical and you have to create the engine and everything, you also need to create the environment which people can plug into the engine. It’s a lot of extra tedious work for that level of customization. So what Unreal 4 allowed us to do was give the artist and engineers the freedom to explore what they wanted to do, which opened up a lot of doors. It was a more effective pipeline I think.

The PlayStation VR version has sounded fairly interesting to us, but how does the experience differ from playing with the controller on PS4?

The main difference between the VR version and the so-called “flat version” is the flat version is a bit prettier in terms of textures and the level of detail. But that is because of certain limitations we have with VR. But what we really focused on was the experience. What VR enables you to do is actually turn your head and look in whatever direction you want to, which is something you really can’t do on a flat screen. So I think that everything you’d want to expect when you intuitively turn your head is going to be there. And creating this experience was exciting for us. And I think it is a unique way to see the game and the world.

You mentioned the visuals are slightly down from the “flat version,” as you call it, what other challenges were faced with Ace Combat on VR?

The challenge with VR really is balancing all of the elements. Because you deal with so much more details that occur simultaneously. Obviously the frame rate is the key to the experience in optimizing that. The balance is extremely sensitive if you push the visuals a little too hard you’re going to drop frames immediately. Especially with the amount of data you’re dealing with. We had to look at the visual quality, the frame rate and put that on the scale and see where we could optimize and find a happy medium. In reality having developed and looking back I can say it was almost like making two separate games.

What new multiplayer mode can be expected in the final release?

The multiplayer element is still in development and I definitely want to have a expansive experience. With that said, what I can say is at this point there is going to be a lot of customization and somehow integrate it into the multiplayer experience.

Is there any specific reason why the game is not coming to the Xbox One?

I would certainly not say the doors are closed on a multi-platform release. However right now we are focusing on the PlayStation Experience because it is a PlayStation VR exclusive in terms of a VR unit. So once we get that optimized we can consider other options. 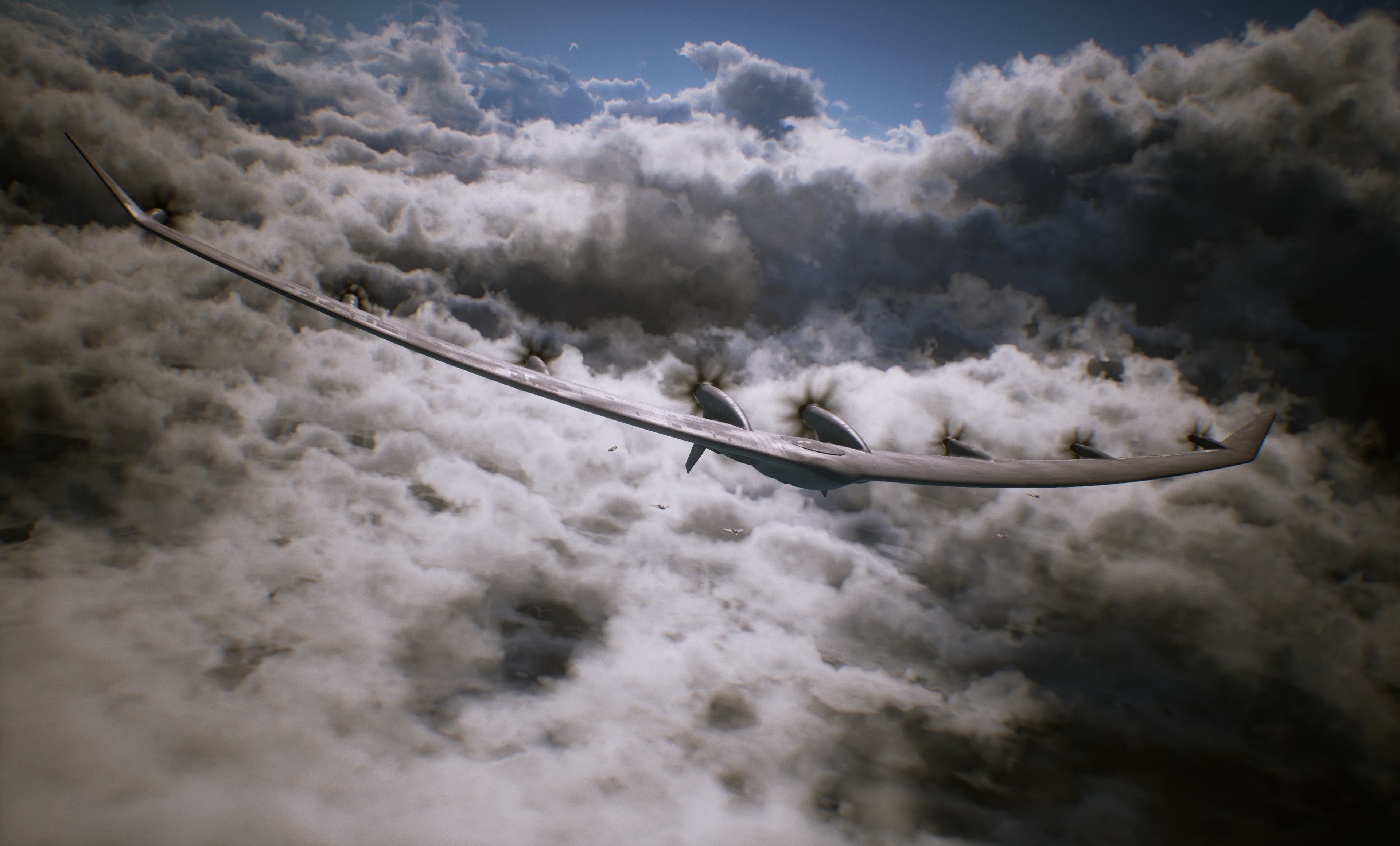 "I would certainly not say the doors are closed on a multi-platform release."

How is Ace Combat 7 taking advantage of the PS4 Pro’s improved processing power?

As far as the PlayStation 4 Pro is concerned we are still making adjustments and seeing what is possible with the console and what it can do. Some of the limitations I mentioned earlier during this interview…that is an area that the PS4 Pro can assist us with exploring in terms of forms of expression, of how we can put the player into this world.

What is your take on the PS4 Pro’s GPU? Do you think it’s enough to do native 4K in a game like Ace Combat 7?

I think that’s still kind of up for discussion right now. We really just got to service on what PS4 Pro can do and how we can best optimize the GPU – our team is working on that. So whether it’s resolution or frame rate or just simple details of the models, however we decide to optimize and improve that we definitely want to explore that. I can’t say right now though.

The PSVR has a lower resolution which results into slightly blurred image quality. How are you tackling this?

Perhaps I chose the wrong word, we were going to say lower. Although it is relative to its flat version sibling, the feedback that we’ve gotten from a lot of our people who played this says the level of immersion is certainly there. I think with the VR 60 FPS is an absolute must. You can’t drop from that ever. So we had to fix the frames per second. So in other instances where it may be a little more forgiving, this is not. Once you do that you have to start making adjustments in other areas to compensate the processing that’s required, because VR is extremely taxing on the system.

How are you taking care of the motion sickness while playing in VR?

In terms of motion sickness there have been some measures we put which will help prevent it, including the cockpit frame, having elements that are fixed. This will definitely assist in allowing people to lock onto something. Our feedback that we got was actually surprisingly positive, even for us. A lot of people who played the game said that they didn’t get sick. Which even for us was a pleasant surprise. So I think all in all the experience is a very pleasant one for whoever plays it.

When can we expect Ace Combat 7 to release?