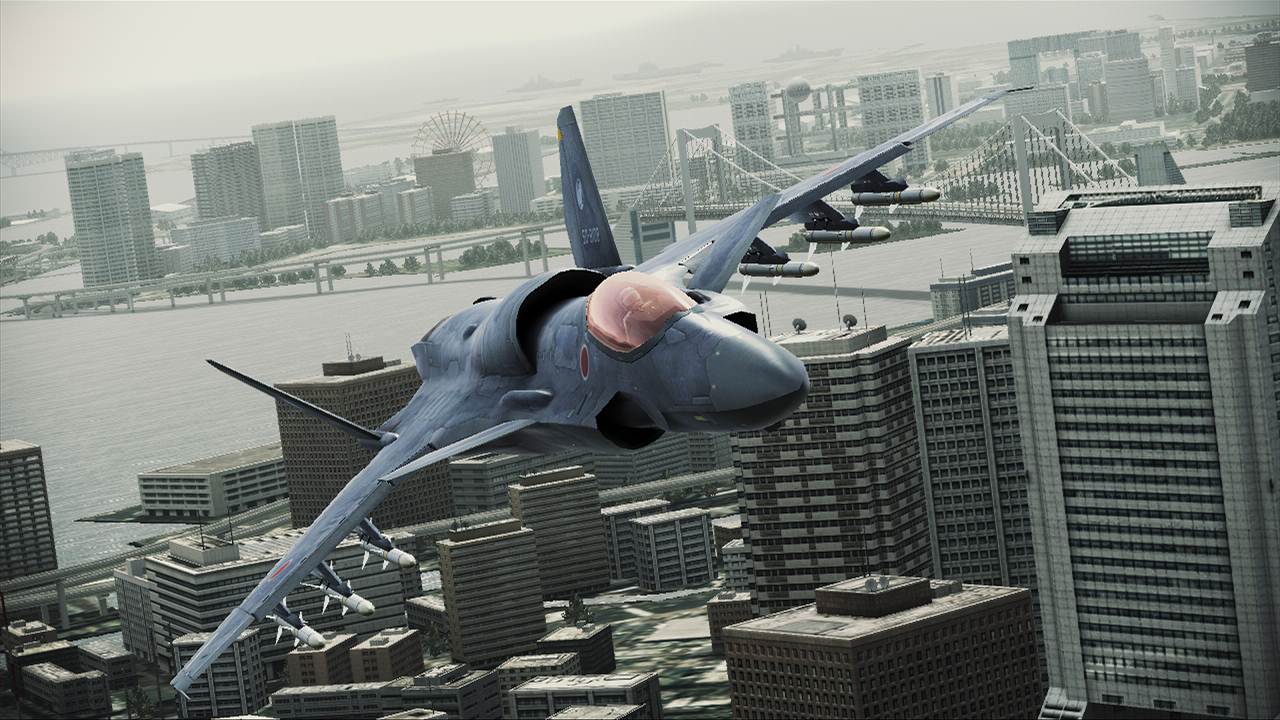 Namco Bandai have released DLC for tAce Combat Assault Horizon.  The DLC will be available to download for Xbox 360 and PlayStation 3 on November 29, and includes the F-15S/MT D and the Tornado GR.4, two new aircraft that can be used only on free missions and online.  The new DLC content also features two new aircraft skins for the F-117A Nighthawk and A-10A Thunderbolt II.

Description: The F-15S/MT D is an experimental aircraft developed to increase maneuverability and designed for short takeoff and landing abilities. An electronic control system simultaneously operates the horizontal stabilizer, 2DCD thrust-vectoring nozzle, and canard wings, resulting in turning performance that exceeds the capabilities of conventional multirole aircraft. The oversized canard wings provide a large degree of dynamic lift allowing for increased maneuverability and stability during stall recovery, regardless of speed. S/MTD stands for “Short Takeoff and Landing/Maneuver Technology Demonstrator.”

(Legal line: Produced under license from Boeing Management Company. F-15 is among the trademarks owned by Boeing.)

Description: The Tornado GR.4 is an all-weather attack aircraft jointly developed by Great Britain, Germany, and Italy. A highly maneuverable attacker with excellent speed performance and variable sweptback wings that allow for stable low altitude penetration and bombing. It is able to quickly suppress ground targets with its multi lock-on ground missiles and dispenser weapons. Known by the name “Tornado,” the most recent model, the GR.4, has numerous electronic and armament system upgrades and is deployed by the British Air Force.

(Legal line: Produced under licence from BAE Systems. Tornado is an aircraft and registered trademark of Panavia GmbH.)

Warthog: Tear up the skies with its deadly fangs!

The A-10A Thunderbolt II is an attack aircraft with heavy armor that provides close-range ground support with overwhelming firepower and durability. Well supplied with weaponry such as a 30 mm heavy machine gun and multiple lock-on ground missiles, it possesses outstanding ground attack capabilities. Very stable at slow speeds, its specialty is precision ground strafing for a long period of time during an attack approach. Known as the “Thunderbolt,” its notable features include unswept wings that generate plenty of lift at slow speeds, the high placement of its engine which makes it resistant to counterattacks from the ground, and its reinforced armor plating.

The design of this aircraft’s nose is based on a warthog.

Stars and Stripes: National symbol for the USA

The F-117A Nighthawk is the historic first stealth attack aircraft which specializes in covert bombing. Because of its detailed airframe design which suppresses target detection, speed and maneuverability are limited. Instead, it is able to conduct pinpoint bombardments with long range, ground missiles and guided bombs without being detected by enemy radar nets. In order to reflect and absorb radar waves, it uses a unique airframe shape and coating configured to make a flat surface. Called the “Nighthawk,” more than 1,200 sorties were made with them in the 1991 Gulf War without losing a single plane, launching it into the spotlight.