Ace Combat: Assault Horizon first came out for the Xbox 360 and the PS3 back in 2011, and it promised to bring changes to the series that none of us could have expected. It turned a perfectly good series into what was clearly an attempt to cash in on the Call of Duty crowd, filling the campaign to the brim with explosions and dull dialogue and flashy set pieces. And while we didn’t expect that to change- obviously- with its PC release, we wouldn’t recommend PC owners to absolutely go out and buy this game.

Ace Combat: Assault Horizon- as some of us know by now- sacrifices a lot in its pursuit to become more exciting and bombastic. It sacrifices the sense of realism and the grounded gameplay of the previous, excellent Ace Combat games, and what it delivers instead is a campaign that throws explosions, fire, blasts, bombs, blood and supposedly exciting set pieces at you. While some of this may get your heart pumping at times, the ruse is clear as crystal when you pay a little mind to what you’re playing. 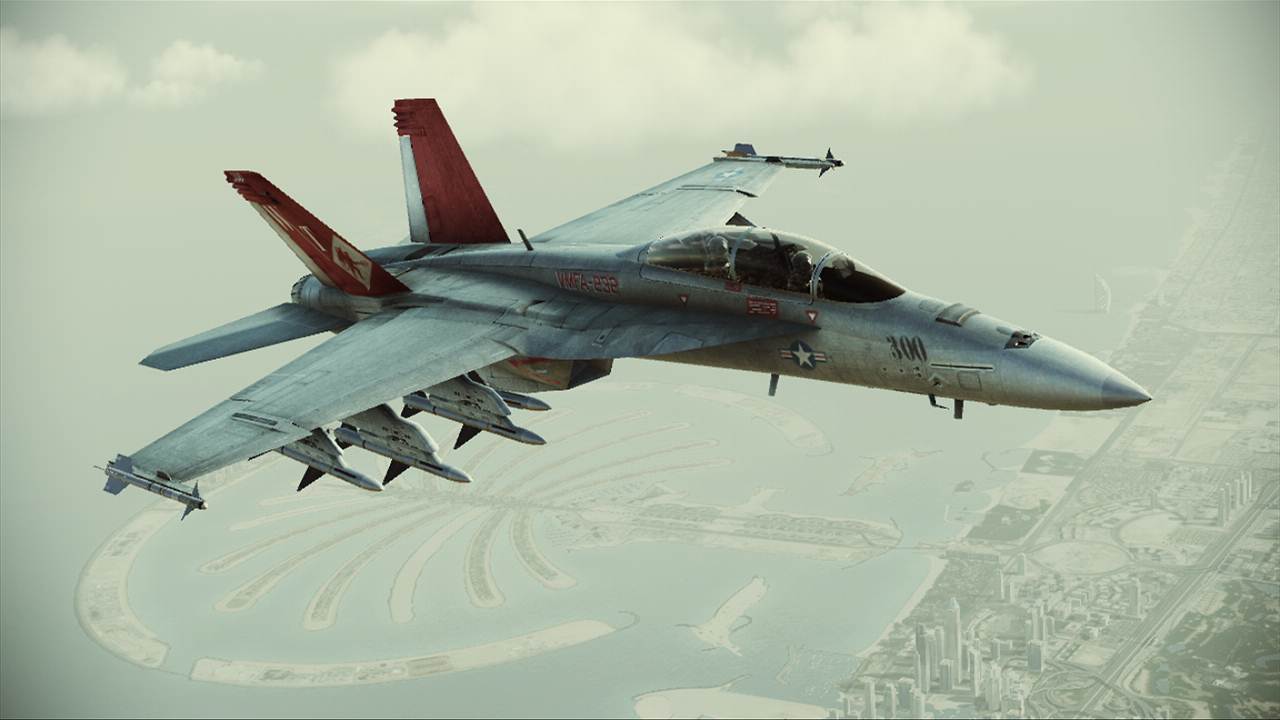 Because you’re not playing anything, really. The game has been stripped down to the lowest level to appeal to the lowest denominator, because everything can literally be done with a single tap of a single button, and you require little to no skill to make your way through the campaign. The camera may zoom in at times to give a weighty and speedy feeling to the proceedings, and the game may through several enemies at you at once, but the exceedingly on-rails nature of Assault Horizon always makes it a breeze to walk through, and not in a good way.

It would be better if the set pieces and the “exciting” action sequences you were witnessing were any good- and honestly, some of them actually are. A few missions actually require a bit of skill to maneuver your way around, but usually, the game just makes you play through long, boring, dull missions with little room for you to do anything other than pressing buttons mindlessly, without a single care of crashing or losing to your enemies. 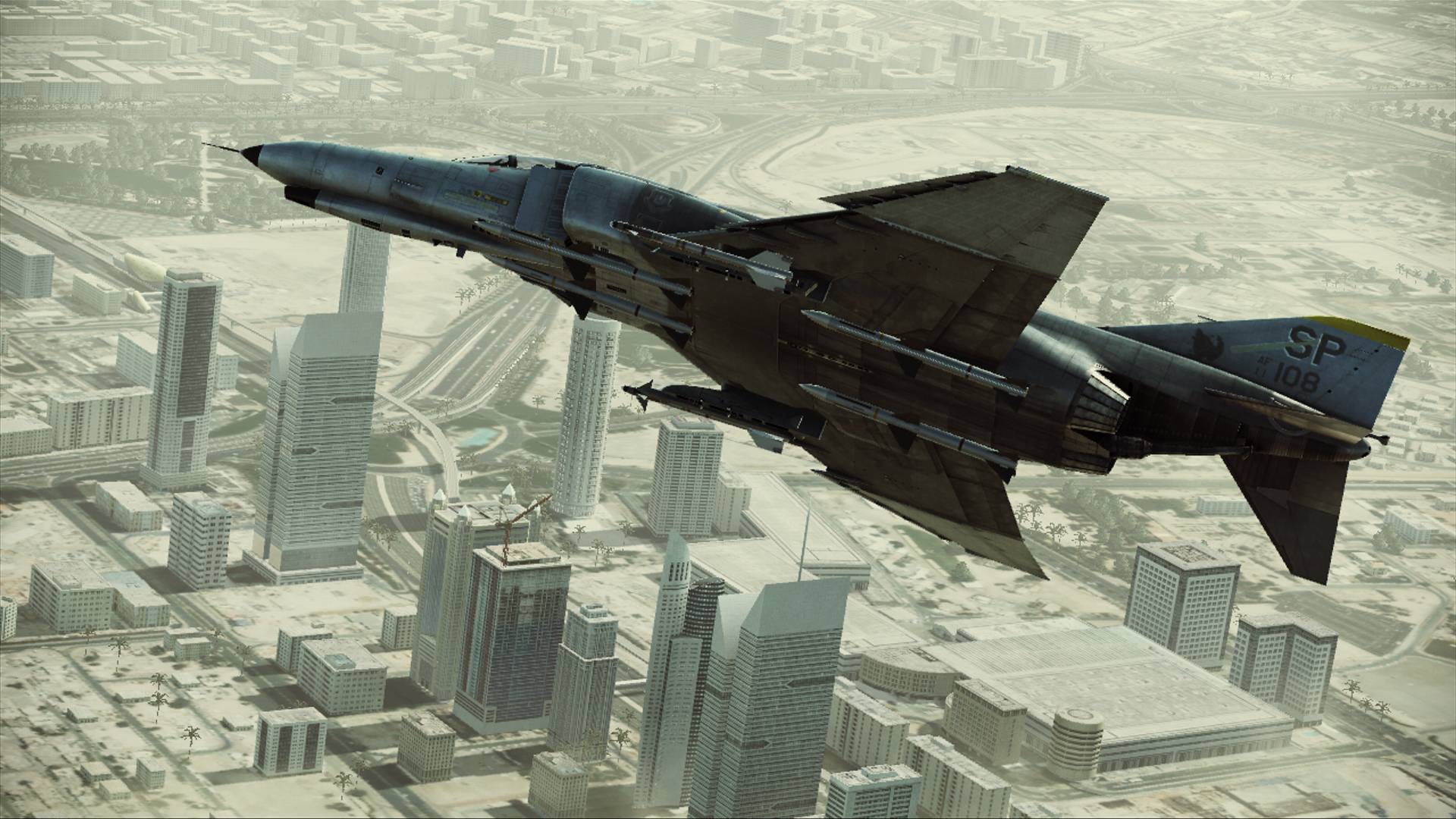 The story and the dialogue fall perfectly in line with the shallow nature of the game. Unlike previous Ace Combat games, Assault Horizon’s story has no complexity, and probably won’t interest you that much. The characters are just templates, and the dialogue only serves the purpose of pushing you from one sequence to the next.

The online play is the real redeeming factor here, though. With the unpredictability of actual human opponents thrown into the mix, Assault Horizon’s online actually requires some sort of skill, and making your friends’ planes crash is an absolute joy. It’s a shame, really, because the online component just makes it clear that if Project Aces had just added a little but of skill and depth to the game, the campaign would have been much better. Rest assured, even if you don’t want to play the campaign, you should definitely try out the online. And chances are, once you do, you’ll come back for more for at least a little bit of time to come. 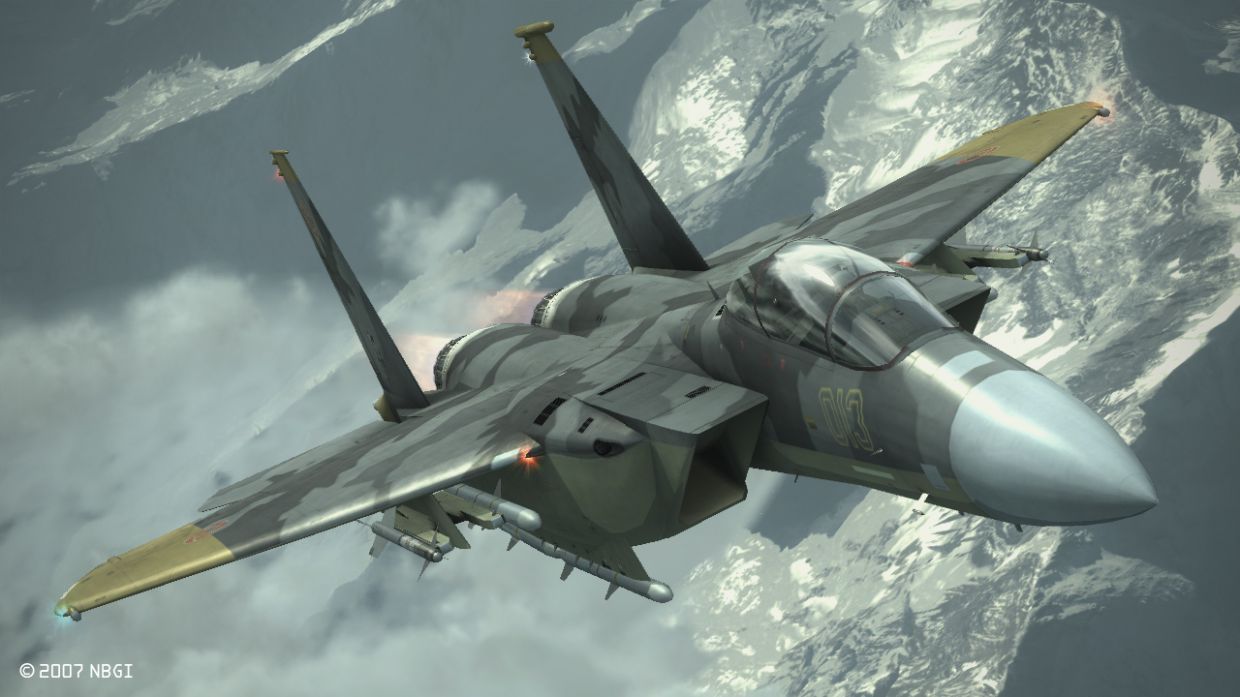 The Enhanced Edition is slightly better than the console versions, of course, since it offers you the option of playing with better visuals. While even with those visuals, Assault Horizon doesn’t exactly look out of this world, and the options are still minimal, the game still does look considerably better.

All in all, Ace Combat: Assault Horizon isn’t a game that can be wholeheartedly recommended to PC owners- or anyone, really. You might want to try it out for the admittedly fun multiplayer, but if you’re sick of the mindless stories and “all flash, no substance” philosophy that so many games have come to adopt in recent days, you should probably steer clear.

Very shallow gameplay that gives you very little to do; No skill needed; Story is mindless; Not enough mission variety; Repetitive and monotonous

Final Verdict:
FAIR
While the updated visuals are appreciated, Ace Combat: Assault Horizon remains a game that shows a lot but tells very little.
A copy of this game was provided by Developer/Publisher/Distributor/PR Agency for review purposes. Click here to know more about our Reviews Policy.