Actual Crimes: Jack the Ripper is one of those sad point and click games where you do a lot of pointing and clicking and seemingly no actual puzzle solving. Released on the Playstation network in the Minis section, Actual Crimes is playable on both the PS3 and PSP depending on your inclination. It’s not the worst game I’ve ever played, but the lack of actual intellect required to grapple with its gameplay makes it a very weak entry into the point and click adventure genre. 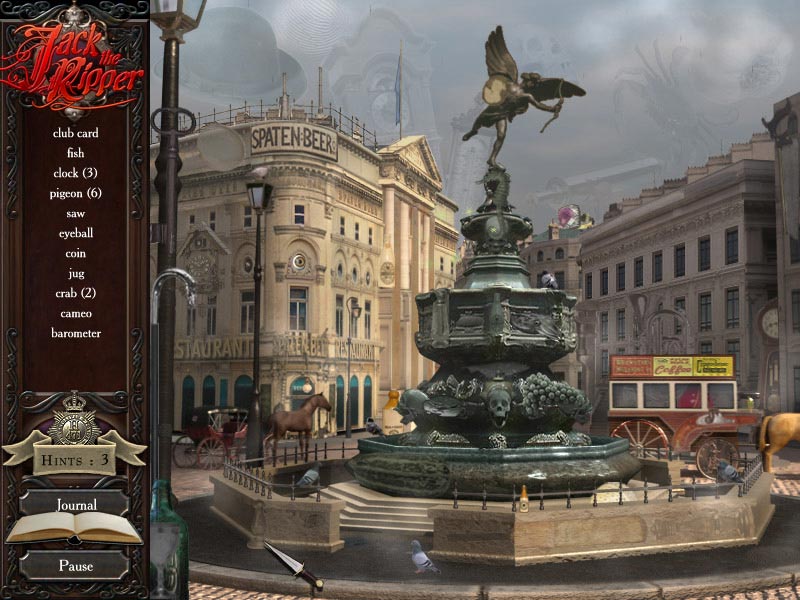 The game sees you inhabiting the role of the young police lieutenant, Mac, as he attempts to re-open and solve the Jack the Ripper murders with his friend and colleague Sir Francis Galton. Yes that’s right, supposedly Francis Galton helped with the Jack the Ripper case. Generally the limited facts history tells us about the murders are factually represented but, as you can see, some liberties have been made while telling the tale. Any who have taken the time to investigate the Ripper murders will understand the fascinating mysteries surrounding them, and the bizarre psychology of their so-called mastermind, Jack the Ripper himself. Sadly this intriguing element doesn’t really come across in Actual Crimes and the plot generally feels like little more than a vehicle for its rather bland gameplay.

The gameplay mechanics generally revolve around you searching for clues at various crime scenes and suspicious locations. You get a list on the left hand side of objects you need to find, and you scan through the environment looking for them. Depending on the difficulty setting you selected at the beginning of the game, you may or may not have a time limit for these sections. If you chose the easy and non-timed mode these sections can prove oddly relaxing, but there is generally very little to them. For a start some of the objects you are required to find are entirely random and nonsensical. How will these three crows help with the murder investigation exactly? Many of the objects are also hidden away cheaply, either behind things where the poorly chosen viewpoint prevents you seeing them, or mixed in with the bland and breaded textures. I was also disappointed by the lack of actual deduction required once all the clues had been obtained. Considering the opening sequence blabbed on about Galton’s revolutionary forensic techniques, I was intensely let down by the way in which you don’t ever need to actually use your mind to put together the clues and make sense of them. 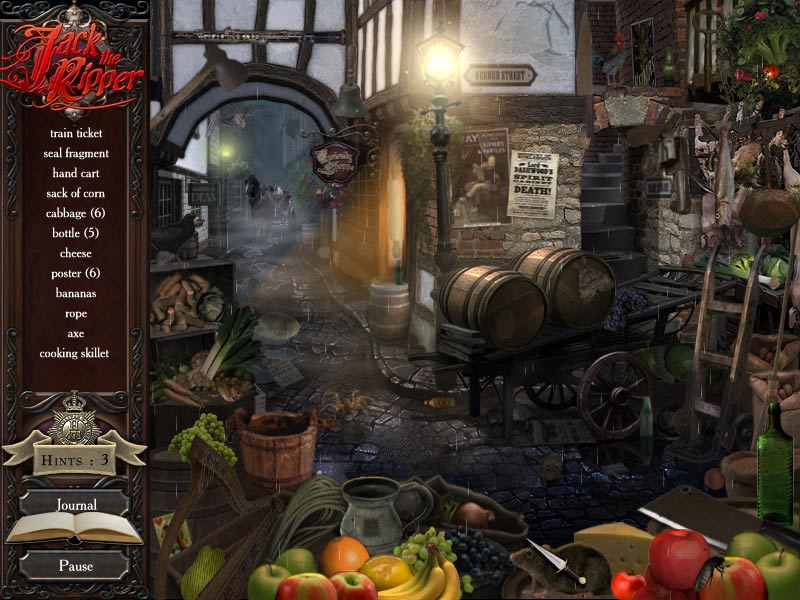 Search for the clues… Again

Here and there you are introduced to a mini-game that may actually qualify as a puzzle. There isn’t a huge variety within them, but they are still a very mixed bag ranging from rudimentary sliding picture puzzles to a random and infuriating key combination guessing game. Considering you may be granted only one of these real puzzles after clearing five or six tedious room searches, it doesn’t really seem to help vary up the formula all that much.

For a game that is so reliant on the player hunting and searching the surroundings, the graphics can only be described as unhelpful. For a start the bland and jagged textures often actually get in the way of your progress and prevent you from finding some obvious clues. Aside from irritations such as this, the style and technical capacity of the visuals are fairly respectable. One thing that did confuse me intensely was some of the surrealist aspects of the environments. It’ll tell you to look for a fork and there will be over-sized bits of cutlery stapled to the walls in an attempt to confuse you. It’s all just a bit odd and the unnatural look of things was rather distracting. It’s a shame they went for this type of aesthetic really as, otherwise, the game does a reasonable job of evoking a late 19th century London.

The sound is slightly more accomplished and is actually pretty decent on the whole. The sound effects are fairly standard and the lack of voice acting is certainly a hidden blessing, but the music is where things start to shine. Sure it does get repetitive after a while, but the actual use of melody and texture was quite rousing. It’s just a shame that the dynamics of the incidental music were left on a loop, as the music would’ve been infinitely more provoking had it been made to match the action on screen. 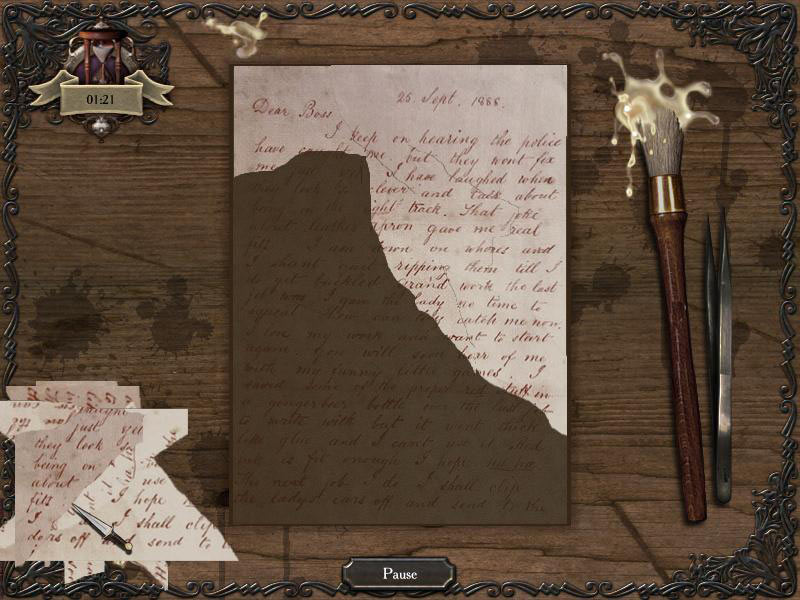 So is Actual Crimes worth your hard earned dough? In a word, no. In two words, no way! When you consider that the game is so monotonous it almost doesn’t matter how long the main story is, as the enjoyment you get from the game will run out long before it’s over. With the price tag set as it is you’re much better downloading a classic PS1 title from the network store. At least those games were really great way back when, rather than just being mediocre now. If you really have a hankering to catch Jack the Ripper then get the Sherlock Holmes game of the same nature instead; It’s not perfect but it’s way better than this.

Final Verdict:
POOR
Actual Crimes is a mystery adventure title dealing with the bizarre murder cases of Jack the Ripper but, sadly, choppy surrealist visuals and limp gameplay prevent it from being particularly enjoyable
A copy of this game was provided by Developer/Publisher/Distributor/PR Agency for review purposes. Click here to know more about our Reviews Policy.