Alien Isolation Wiki – Everything you need to know about the game

Everything you need to know about Alien Isolation.

Alien Isolation is an upcoming Survival Horror video game with stealth elements played from a first person perspective. The game is currently in development by The Creative Assembly (Total War: Shogun 2 – Fall of the Samurai and Total War : Rome 1 & 2) and set to be published parent company Sega as a canonical entry into the Alien franchise.

The game, which is running on an engine internally developed by The Creative Assembly, is expected to launch on the Microsoft Windows platform, PlayStation 3, PlayStation 4, Xbox 360 and Xbox one at retail and via digital download.

There is no final release date at this point of time but the game is expected to arrive at some time in Q4 of 2014.

Alien Isolation was first made available to the press in May of 2011 when Edward Vaizey (the United Kingdoms Minister for Culture, Communications and Creative Industries) took to twitter to reveal that hiring for an Alien game was going ahead. Not long after, CVG received confirmation that The Creative Assembly was indeed working on a new Alien title that was geared towards at least being on par with EA’s Dead Space 2. On January 7th of 2014, the game’s formal confirmation came in the form of a release trailer.

The development period for Alien Isolation began in some time during march of 2008 following the release of Viking Battle for Asgard. During this development period, a small core team of developers were toying with the idea of a multiplayer game centred around the game of  Hide and Seek. The team got the game to a playable state wherein the Alien was controlled by another player and within the company it  “went a bit viral”. Following this unprecedented success the game was given the green light by Sega.

Taking inspiration from the successful stealth horror games that limit the players ability to combat the threat (and thus increase the horror elements and emphasis on staying hidden) the game will only feature a small amount of player combat to increase tension and enhance the gameplay. To keep the tone of the Alien franchise alive, the art style is being methodically crafted to mirror that found in the original Alien films, large screens for example will be more visually similar to large (but sleek) CRT displays (or as the developers call them, an “old curvy portable TV”) opposed to HD flat screen, and with industrial but refined aesthetics present.

Alien franchise enthusiasts will be pleased to know that the old monochromatic styled screens that cause so much atmospheric flickering and glare will be returning to the series: brought to life by the developers going so far as to record certain in game animations on VHS cassettes and Betamax recordings to achieve the most authentic look possible. Further steps to ensure accurate depictions of the Alien universe includes the use of H.R Giger’s (Academy award winning Visual Effects artist made famous by his work on Alien) original concept art as a direct working platform and even going with the semi transparent Alien (Xenomorph) design in favour of the more recognizable inky black version.

The development of Alien Isolation was announced to be coming along well with help from staff members that currently worked for Crytek. The game is expected to launch in Q4 2014 and the  reason for the extended release date  is to work in testing and improving the game as Sega are not keen to repeat the mistakes made with the Alien Colonial Marines fiasco. 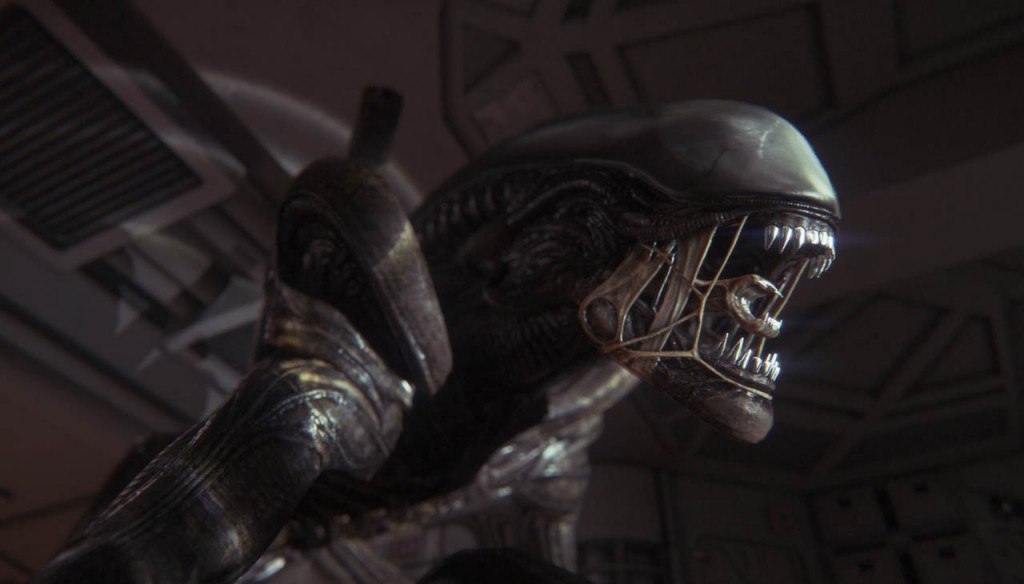 The player will take control of Amanda Ripley, daughter of the Alien franchises iconic heroine Ellen Ripley. As Amanda embarks on a personal mission to unravel the truth behind her mothers disappearance, she must make her way through an “increasingly volatile world) while being confronted by an already panicked and desperate populace and the ever looming threat of an utterly deadly and unpredictable Alien. Your survival will be rooted in your resourcefulness, ability to improvise, use your wits and ultimately, your ability stay alive. 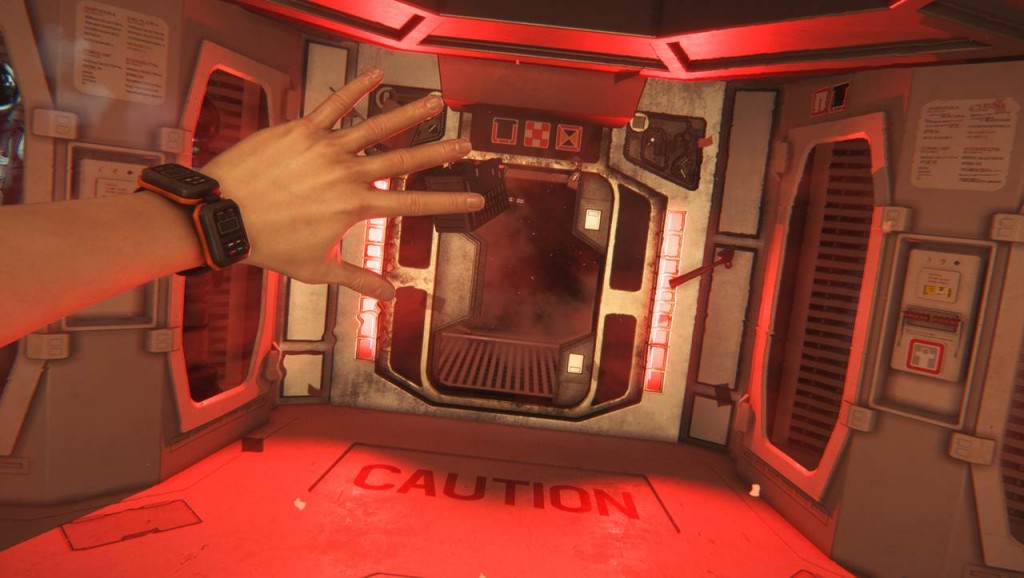 Alien Isolation makes use of many horror elements to help edge the player into a sense of terror, using a first person camera perspective, authentic and accurate portrayals of the Alien universe and limited combat. To this end, the game is much more heavily influenced by the original Ridley Scott Alien film, rather than the later action orientated James Cameron’s entries into the series. The Alien that will be pursuing Amanda is on it’s own, and it cannot be killed by the player or the NPC’s that inhabit Sevastopol, the decommissioned fringe trading station that the game takes place on.

Special steps have been taken to ensure the player is not going to be able to outsmart a simple AI that operates the Alien when in-game. The Alien has been programmed to actively hunt the player rather than follow a predetermined set of instructions that stem from encounters. The Alien will instead search for clues that the player has passed through, or currently occupies the local area. Avoiding direct line of sight with the creature will help avoid initial detection, but open doors or airlocks that were previously sealed, noises and smells or beams of light will all draw the attention of the Alien making hiding from it a much more difficult task than players may expect.

This use of “secondary sources” of feedback helps bring the Alien to life as even the most basic mistake on the part of the player can spell ruination for Amanda. One aspect of the game that fans have expressed great interest in, is the absence of a HUD (heads up display). All information must be gathered from the game world itself, such as using the iconic motion tracker to find the Aliens location (similar to Ranger Hardcore Mode in the Metro games wherein the HUD is removed and all information gained from checking items on the players person).

Information on any combat ready weapons is slim, but Amanda will be able to scavenge resources to craft a means of defending herself.

The fringe trading station of Sevastopol will only play host to one Xenomorph Alien, modeled on the original Alien found in the 1979 Ridley Scott survival  horror classic.