Posted By George Reith | On 22nd, May. 2011 Under Reviews | Follow This Author @GNReith

What self respecting PC gamer doesn’t enjoy a good point and click adventure? With that in mind, Alter Ego releases as a polished and well designed blast from the past. It is as classic as point and click puzzlers get, but retains the smooth and intuitive (not to mention more sensible) puzzles of modern story driven games. There are a few blemishes in terms of sound effects and general production values, but Alter Ego is an engaging title that will fit right into the collection of anyone who grew up with the classic adventure games. 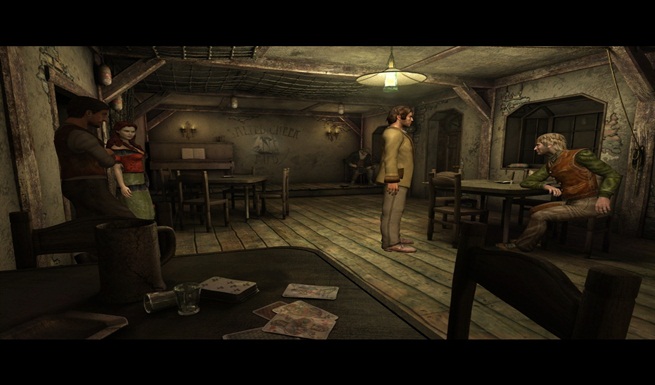 The plot tends to ramble a bit, but some strong characters make up for this

The story begins with Timothy Moor, an orphan and self professed rogue, narrowly avoiding arrest after attempting to stow away on a ship to Plymouth. A grander overarching narrative occurs involving the recent burial of a serial murderer and a plan to sail to America in search of a better life. As plot is so key to the enjoyment of the point and click, it is a good thing that Alter Ego weaves in sub-plots effectively, often in spite of a rather rambling story. The early parts of the game will keep you playing through, but the larger plot threads often feel a bit on the unsatisfying side. The scripting is generally good, though some of the dialogue can come across as a little bit sub-par. The characters make up for this though. Most of them are deep or memorable enough to be worth your time and the main character of Tim does a good job of subverting the usual “nice guy protagonist” paradigm. Everyone loves playing as the lovable rogue, but I found the blatant flaws and vices of Moor’s character rather refreshing.

The game plays out from a semi-top down third person perspective, with the player having to clear a variety of different puzzles to forward. Thankfully this is made a largely painless process. The puzzles themselves are always well signposted, and you don’t have to do the ridiculous guesswork that was often a staple of the classic point and clicks of old. The only downside of this is that the puzzles verge on being too easy. The interface you use to solve said puzzles is also commendable for being simple and easy to use. You right click to examine, left click to use and moving the cursor to the bottom of the screen pulls up your inventory. It’s clean and simple and has the exceptionally helpful feature of highlighting all interactive objects at the press of a button. It makes for a well paced puzzle adventure, without all the needless mouse clicking usually associated with the genre. 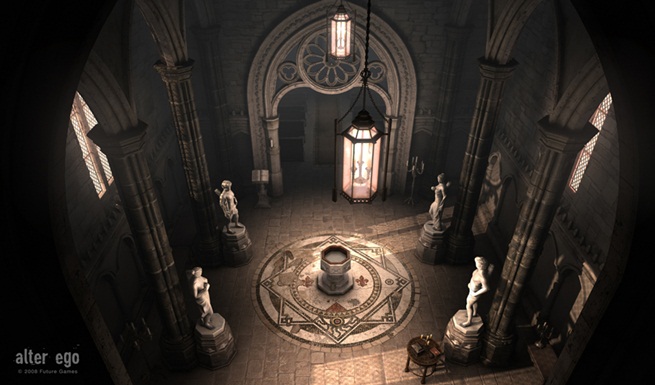 The game’s presentation is a mixed bag, but generally well done. Graphically speaking the game sets a reasonable precedent of decent visuals, with the late 19th century locales brought to life effectively. The animations too are impressive. The audio is comparatively weaker however. The voice acting is generally good, with a few notable exceptions. The problem comes in the game’s dealings with Anglo-Irish tensions and relations. The presence of this theme results in a lot of heavy accents that are, arguably, a little too extreme. There is also the issue of weak sound effects. It’s nothing game destroying, but it lowers the overall immersion offered by the game. 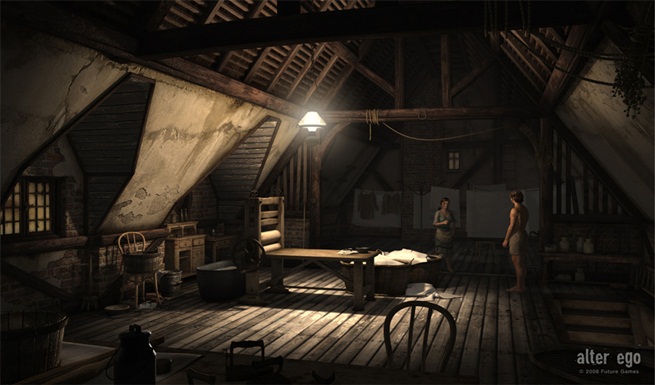 The visuals are polished, even if the sound is not

Alter Ego is generally a solid title. There are certainly superior games in the genre, but AE remains a competent entry into the modern generation of point and click adventure games. It is a little on the short side though, so you may need to have a think about whether it will be worth the investment. With a slightly rushed feeling after completion, and the lack of any real replay value, those usually put off of the genre won’t find anything here to change their minds. That said, if you want a new point and click to keep the old grey matter going then you could do much worse than Alter Ego.

An intriguing and classic point and click adventure. Alter Ego offers decent puzzles with a clean interface framed in an enjoyable, though rambling, story. Its only major weakness is some occasionally lacklustre production values

A copy of this game was provided by developer/publisher for review purposes. Click here to know more about our Reviews Policy.
Tagged With: Alter Ego, pc