After quite a bit of a delay, Anarchy Reigns has finally been released in America. Japan saw the release of Anarchy Reigns in the middle of 2012, but for us, it’s now one of the first major titles of 2013. Platinum Games, the guys behind Bayonetta and Vanquished, continue with their own style of game play and art.

Anarchy Reigns breaks down the campaign mode into a Black and a White side. On the White side you play as Leo, your typical cyber cop. The Black side is played by Jack, a chainsaw yielding mercenary. Jack is a returning character for Platinum Games. Jack was the main character in Platinum Games’ unsuccessful Mad World, for the Wii. They admitted later that Mad World was not the right game for that console and it’s pretty cool of them to give Jack another chance in a world where he’s right at home.

Even though the sides have different stories, they intertwine from time to time and still come to the same conclusion. Upon beating one side, you immediately get thrown right back into the first scene and the game picks the other side. So, even if you beat the White side, you still have to go through the Black side in order to complete the game. I also found that you can only play one side at a time. If you start the Black side you have to ride it out to the end. If you decide to switch, the only way to do so is by starting the game all over again. 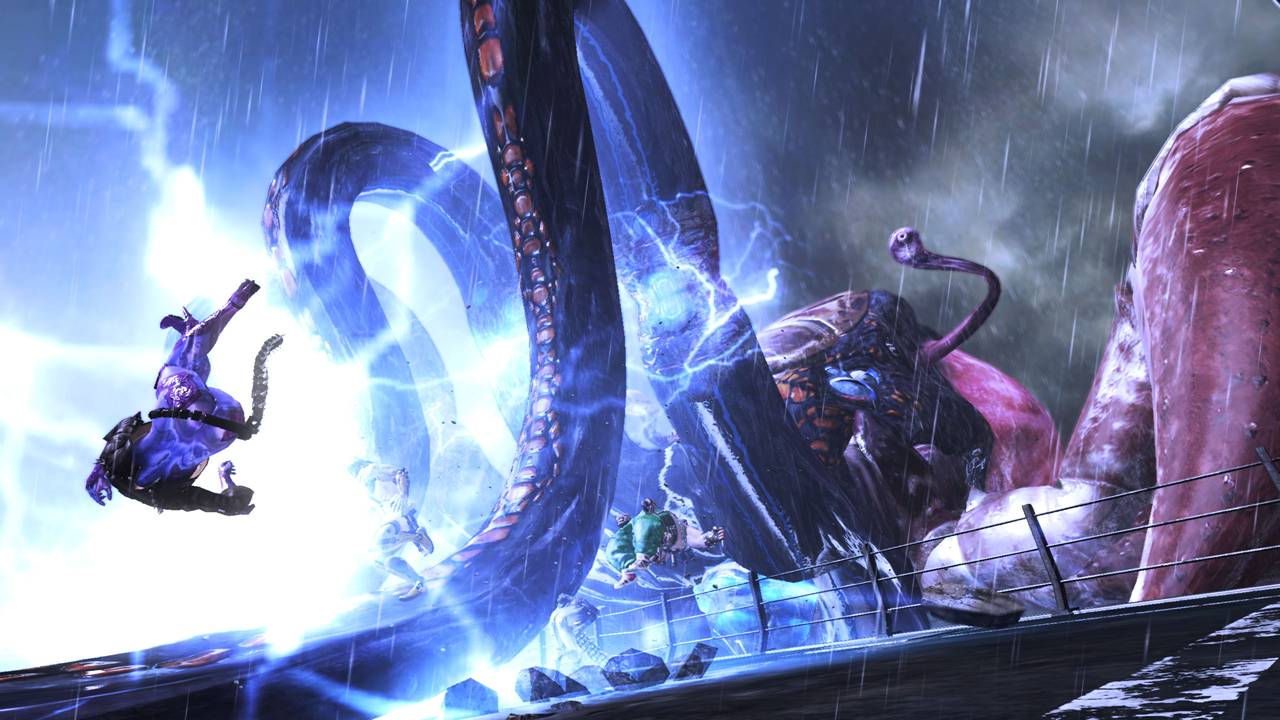 Despite having a Black side and White side to play, there’s actually diversity within the fights. In a number of fights you get a choice between playing with your main character, or another character who’s joined you. With Leo, since he’s a team of three, you get more chances to play with or as his team mates, Sasha and Nikolai. With Jack, since he’s a one man show, you don’t have a team, but you get to also choose from time to time. With everyone’s control being the same, there’s really no difference in fighting and although the idea of playing other characters if a great feature, it doesn’t make a real difference.

The controls are a little complex, but completely manageable. Once you build up your Rampage Gauge you can trigger your Unleash Rampage. This allows you to blow through the small thugs with one hit and take down some beasts with a flurry of damage. The mechanics seemed pretty much on par with Batman, but the locking system seemed a little finicky. You can lock on to one person at a time, but they have to be in front of you. If you see an enemy and they go behind you, you can’t lock onto them until you see them, even if there is only one enemy. In a group you can easily end up attacking in one direction and your character can get carried away and end up fighting in one direction and missing the enemy as they are smart enough to circle you. With Batman’s attacking, the mechanics are set up in a way that Batman is always aware of everyone around him and can leap from one person to another to continuously attack. With Anarchy Reigns pitting you in the same mob attacks, it would have made sense to have this same sort of mechanic. 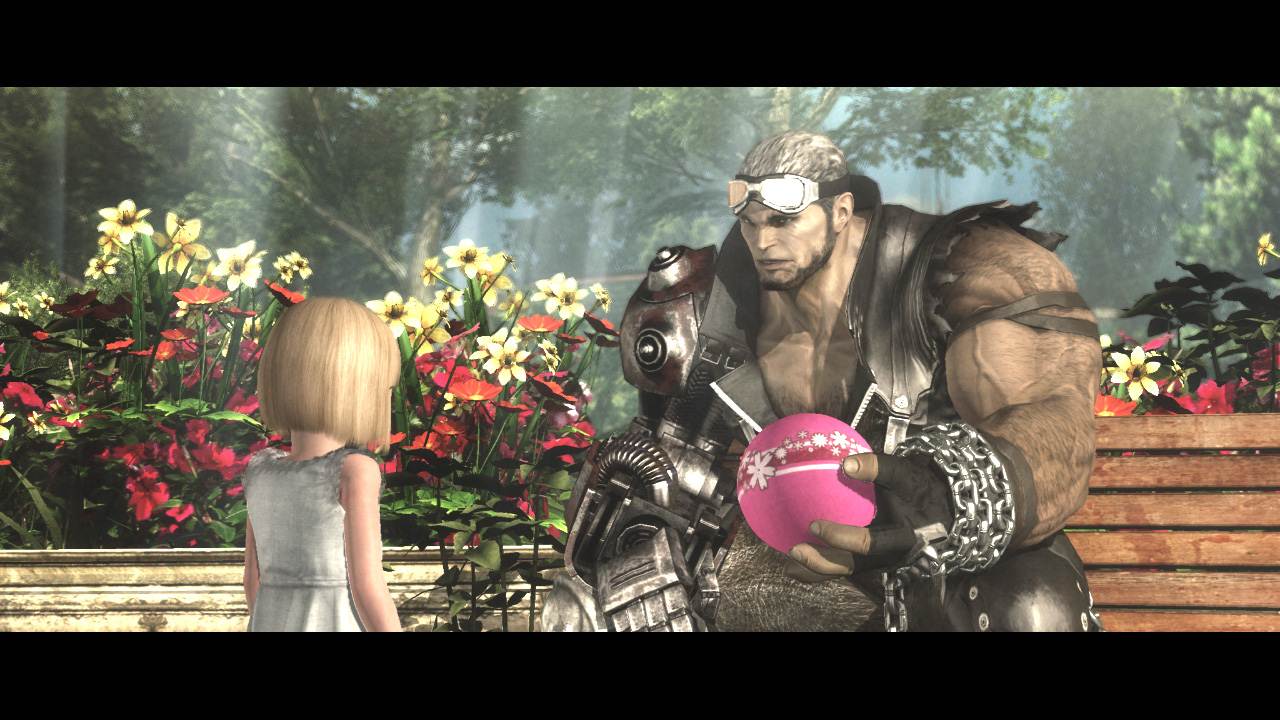 In multiplayer online you can play with all of Anarchy Reigns’ characters as well as from some other Platinum Games. You can play with up to 16 people with Battle Royale, Death Match, Team Battle, Survival Co-Op and more. Mechanics stays the same in online, however you can level up online, unlike campaign. As usual Death Match comes down to who can hit their combo buttons first, but I had more fun with the Survival mode. I started with 2 other people online and when they left the game, AI was brought in to keep the fight fair.

Overall Anarchy Reigns is a fun game. The campaign is rather short, even if you play both sides and all Free missions. With the redundancy of playing both sides, there’s a good possibility that there’s not much replay value to the campaign. The online alleviates that issue, and should keep you busy for a while longer. The control combos aren’t as complicated as Street Fighter, but then the auto aiming isn’t as nice as Batman.

Short campaign even when playing from two different sides

Final Verdict:
SUPERB
Anarchy Reigns unleashes it’s rampage with a simple campaign and multiplayer online experience.
A copy of this game was provided by Developer/Publisher/Distributor/PR Agency for review purposes. Click here to know more about our Reviews Policy.