Is the collection good on PC?

TThe highest selling game series of all time heads to the PC, giving it access to a gigantic userbase of gamers. In India, Milestone Interactive–one of the largest distributors of videogame hardware and software–have taken the initiative to bring the series to gamers on PC at an affordable price point. Is it worth your money? Of course it is.

You probably know a lot about Angry Birds, you know how it plays, who are the characters. The online advertising blitz should have filled your mind with this amazing phenomenon that is Angry Birds. You always wanted to play it but didn’t have a mobile device (what?), OK that’s for people still on an old Nokia phone. Doesn’t really apply anymore to the new generation.

The entire concept is very simple and can be termed as accessible. It’s one of the reasons why this series has managed to sell so much and to millions of people out there. The games on the PC are quite cheap, so price isn’t an issue here. You can buy them for the same price you find on the iOS or Android store via their official shop.

There have been various Angry Birds’ games released so far, Classic, Rio, Seasons and the last and the most innovative one called Space. You probably know how the classic version works right? You have a set amount of birds at your disposal and you have to aim them at the pigs and try to take them all down. But there’s a twist here of course, there are a lot of obstacles which you have to cleverly dislodge to get to the pigs. Initially it’s easier but later on as the missions become harder you will have a tough time with this. 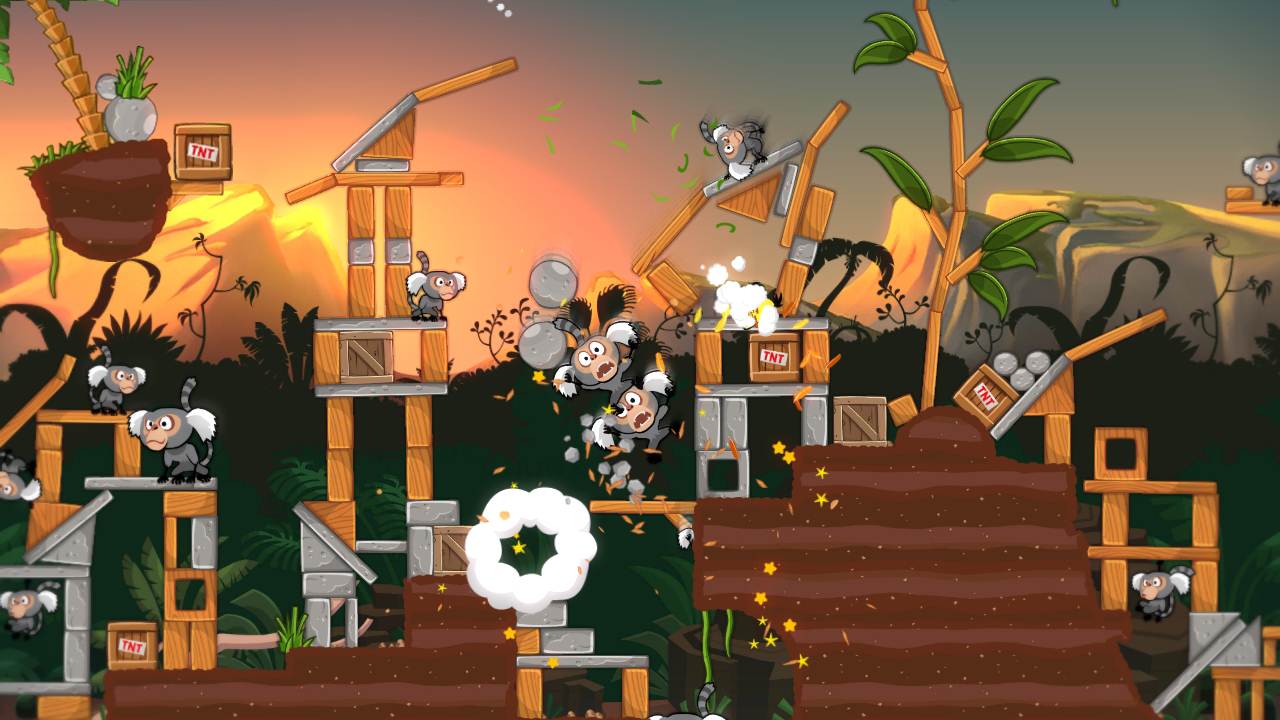 The game is supposed to challenge your intelligence and your ability to strategize but it mostly depends on the luck factor, a same shot at a same angle won’t be able to destroy your targets but doing the same thing next time will, so there’s an element of luck along with skills and it gets challenging as you start playing Space, which is a new twist in the Angry Birds series.

There are plenty of levels at your disposal which you have to clear to unlock the other and all these levels are quite similar to the ones found on the mobile versions. There’s no content change here. All the mechanics and golden eggs are available too but the only big difference is how you control the entire gameplay.

You don’t have the convenience of a touch screen but you have to use a mouse which shows up as a hand symbol on the screen to drag the sling or perform other actions. It’s quite simplified and the accessibility factor that you can find in the mobile versions stays true to the PC version as well. 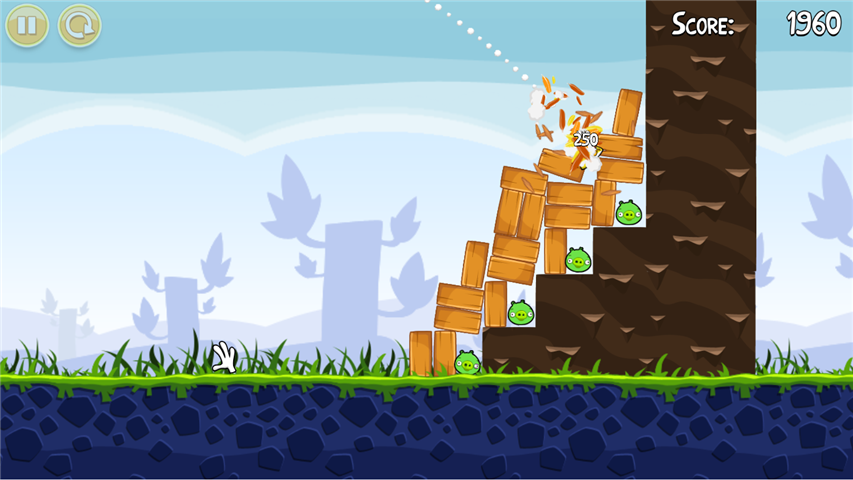 Rio and Classic are quite similar in execution but feature different levels, Rio in particular features 45 levels and is set in Rio De Janerio, Brazil. The setting is a warehouse where the birds have been capture by … errr, bigger birds and they get really angry. The combat is sort of similar but now you also have enemies to take care of.

Angry Birds Space is where the real innovation happens and you can use the gravity mechanics to maneuver the birds in a unique way and take down all the obstacles. The planets will have their own gravity fields and you really have to work hard here to clear the stages. Overall, this is the best Angry Birds game released so far, and all the four games works and controls perfectly on the PC.

Cheaply priced. No change or decrease in content. Challenges your wits. PC version is great and runs well. Replaybility factor is good.

Angry Birds Space is the most innovative one. No point in playing if you own it on a mobile device.

Final Verdict:
SUPERB
Overall, Angry Birds Space is the best game out of the four, and all of them work and control perfectly on the PC.
A copy of this game was provided by Developer/Publisher/Distributor/PR Agency for review purposes. Click here to know more about our Reviews Policy.