So here we have it, the inevitable Angry Birds retail game for home consoles. Ever since the feathery fiends first invaded our iPhones back in 2009 their popularity has expanded to unprecedented levels with new spin-offs, new platforms and a ridiculous amount of merchandising. Everyone knows what Angry Birds is and the vast majority of the casual and even hardcore gaming populations seem to enjoy their games to some extent.

I won’t lie and say I’ve not been a fan back in the day when their first foray into mobile gaming began.. The gameplay was and still is satisfying and addictive with it’s simple “One-more-go” system where the player must break as much of the castle as possible.

The gameplay with the console release of Angry Birds is exactly the same down to the same levels and visuals albeit with a slight lick of HD paint. That’s not to say this is a bad thing as Angry Birds clearly has a successful formula when it comes to gameplay however translating this to a big screen sat in your front room or bedroom loses the core essence of what made Angry Birds successful. We play Angry Birds and most casual mobile games because we’re bored. They’re designed for convenience in mind so that we can play them in quick short bouts during travelling, waiting in a queue, sunbathing on holiday and so on. Sticking Angry Birds on a console defeats this purpose and puts it up against other console titles that are priced around the same with bigger production values and deeper gameplay experiences. 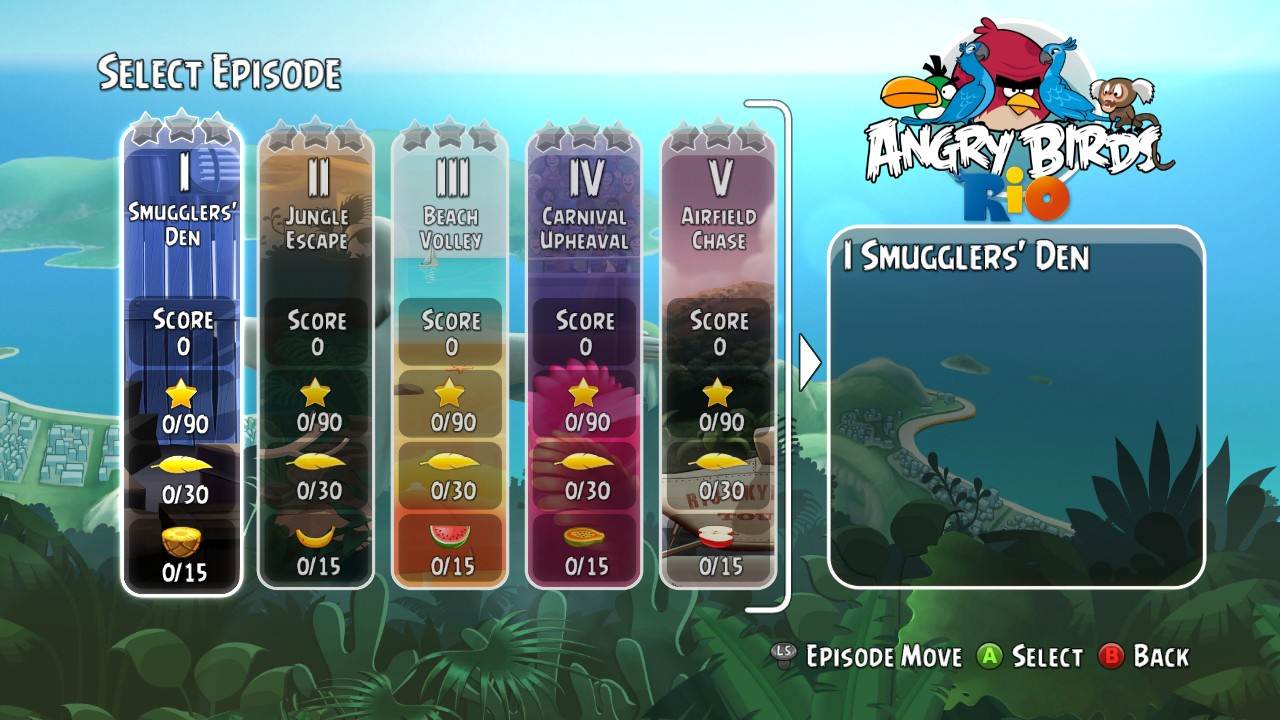 This leads me onto the biggest question I have with Angry Birds Trilogy; why? On the disc we get a collection of the “Classic” Angry Birds, “Rio” and “Seasons”. Each of these games are split into multiple episodes and further levels in those episodes.

The structure of the game remains exactly the same with the aim of racking up the most points possible by causing as much destruction with as few Birds. These points at the end of each level are converted into stars with a three start maximum. The more stars you collect the more levels and episodes you unlock it’s that simple. The controls work just as well as using a touch screen with the left analogue position the bird on the slingshot, the right stick controlling the camera and the triggers controlling the zoom on the level. It’s a simple control scheme that works. There are other little easter eggs thrown in such as hidden objects unlocking new levels and an extras option on the menu revealing more unlockables like concept artwork and “Bird Biographies”. Why you’d want to know what individual personalities and attributes the birds have is beyond me but it’s there if that’s what you’ve been pondering all these years. 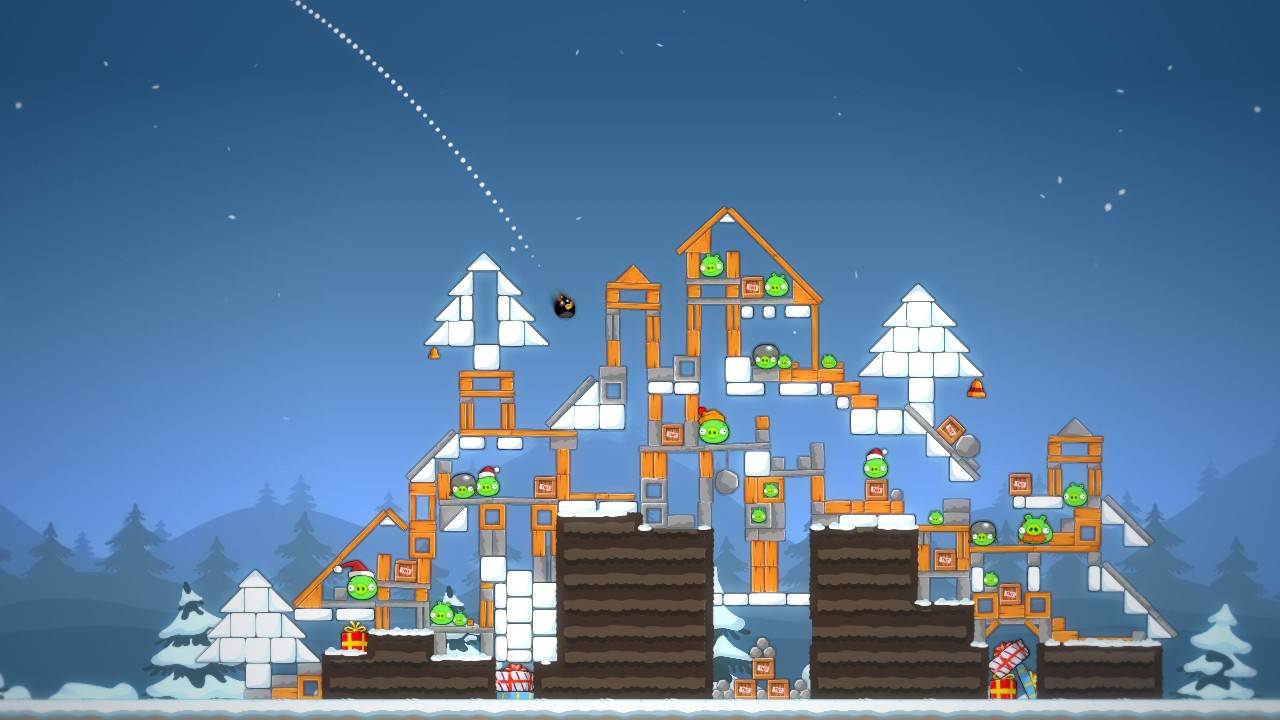 The question however remains. Why would anyone pay £30 for a game which bundles together a package of mobile games that we can get for 69p each totting up to a total of £2.07? It doesn’t really make sense to me but undoubtedly some die-hard Angry Birds fans will lap it up.

Final Verdict:
MEDIOCRE
It’s Angry Birds. Plain and simple. Highly overpriced and mediocre.
A copy of this game was provided by Developer/Publisher/Distributor/PR Agency for review purposes. Click here to know more about our Reviews Policy.