Returning to Animal Crossing can be a frustrating experience, but new mechanics keep things fresh.

Having heard but tales of the Japan only Animal Crossing in my youth, I was there on day one to pick up the subsequent worldwide port to Gamecube in 2004. As the first time the series had launched in the west, it was a new and exciting brand of gameplay that appealed to my erratic teenage mind. Of course, being a bored youth at the time, I had a free enough calender for the game’s real time clock to fit in well with my empty schedule. Playing New Leaf as an adult is an altogether different experience. The charm and new mechanics offer excitement and nostalgia in equal measure whilst being held back by how a game in real time clashes with adult commitments. 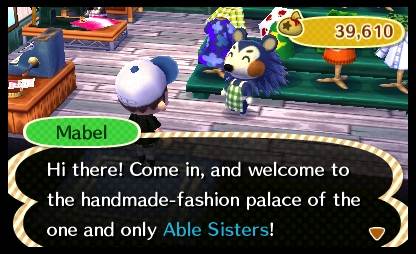 As always, the game begins with your character moving to a new village populated by a variety of anthropomorphic creatures. Whilst previous games merely lumped you as a new villager with little or no guidance, New Leaf sees you being mistakenly hired as mayor of the town upon arrival. This initially makes little difference, with the game operating in an almost identical fashion to its predecessors. Once you get a house sorted and enough bells (the currency in Animal Crossing) to afford the town development permit though, you can begin issuing new ordinances and town development projects in an attempt to improve your town. Naturally, you still have the more personal goals of Animal Crossing alongside this town-wide goal. You can still upgrade your house, fill out the empty museum and design all kinds of apparel, but the inclusion of the town mechanics gives the game an extra sense of progression that helps keep you engaged.

With the new mayor mechanics mixing in with the traditional Animal Crossing gameplay, there is always something or someone to keep you occupied. Buying new furniture for your house, designing the town flag and theme tune, running errands for the colourful residents etc. You can even go digging for rare fossils if archaeology is your sort of thing. The reliance on a real time clock makes these tasks somewhat different to conventional gaming though. You set the time at the beginning of the game, and New Leaf then follows that in real time. If you’re playing during the 5PM return from work, it will be 5PM in the game. 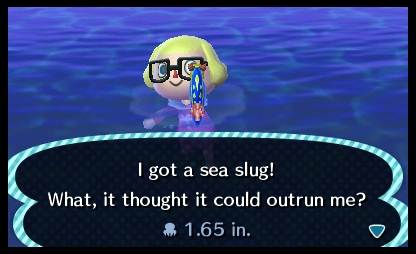 This real time mechanic certainly adds an immersive element to the game, one that is embellished upon by the random nature of the proceedings. Your neighbours will ask to visit during certain times, each resident has a birthday to remember and holidays are even observed in your fictional town. It’s a neat idea, but one that actually causes more problems in my adult life than I expected. Most of my gaming is now done in the late evenings on account of commitments to work and friends during the day. This is normally a fine time to play, but in the world of Animal Crossing, the shops are all closed long before I can get time to switch my 3DS on. Of course you can just change the game clock to a more appropriate time, but it felt odd to have to cheat the game just so I could by a fishing rod. You can issue ordinances as mayor to keep things open till later, but this doesn’t help during the earlier stages of the game. It certainly isn’t a failing on Animal Crossing’s part, but it is something to consider if you’re a person who will struggle to make time for New Leaf during the day.

Though New Leaf’s real time gameplay may be inaccessible to some, its aesthetic is anything but. Colourful visuals are topped of by a roster of charming characters and a relaxing soundtrack that grant the whole experience a soothing quality. It doesn’t really put the 3 in 3DS though, with a limited stereoscopic effect feeling like a missed opportunity. Streetpass functionality allows you to gather new towns to visit, but New Leaf doesn’t offer many other compelling features that utilise the 3DS’ unique hardware. In a sense though, I’d rather it be this way than use clunky touch screen or motion controls for the sake of it. 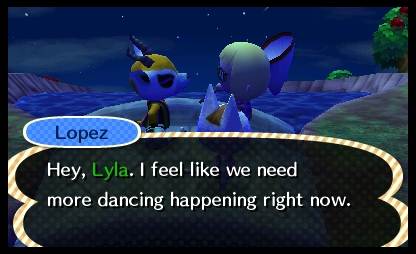 Animal Crossing: New Leaf valiantly attempts to inject new life into the series but, as with previous AC games, the sum of its parts often seem better than the whole. There is certainly a huge amount to see and do, bolstered by an interesting suite of multiplayer and solo tours on a separate island. Add in the responsibilities as mayor and deep sea diving and it seems like there is a lot of new elements to look forward to, but most of the formula remains the same. You still have few set objectives, you still wind up foraging for pretty much anything you can find worth selling and you still find yourself often just looking for things to do at a given time.

Animal Crossing’s continued commitment to replicating village life makes it a hard title to review. Certainly this new version held less sway over me than the Gamecube original did. Though the new additions and small refinements to the formula make this Animal Crossing the best yet, it’s still hugely similar to what has come before. The pleasantries of fictional village life also don’t appeal so much amongst a busy schedule. Tom Nook’s once amusingly dodgy business practices become an all too real reflection of actual property buying to the adult mind and, whilst I’d love to claim that Animal Crossing is a deep and meaningful allegory for the condition of modern living, it doesn’t hold up so well in this regard. Still, all of this doesn’t make it a bad game. If you have the time to invest and prefer a more relaxing and open experience to an objective heavy progression slog, New Leaf is the most accomplished game in a series that truly has no equivalent within the industry.

Still too similar to previous games in the series, Real time clock can be frustrating, Very slow paced, Doesn't use the hardware particularly well

Final Verdict:
GOOD
A fresh attempt at Nintendo's life simulator, Animal Crossing's variety and new mechanics are still potentially limited by a slow pace and a similar formula to its predecessors.
A copy of this game was provided by Developer/Publisher/Distributor/PR Agency for review purposes. Click here to know more about our Reviews Policy.