One of the seminal games of the horror genre was the Silicon Knights developed Gamecube exclusive Eternal Darkness, which was notable for being a horror game that actually responded to your reactions as a player to things that were happening in game. Eternal Darkness used to genuinely manipulate both you and the game, thereby engaging in a metagame of freaking the player out. There has never since been anything quite like it, which is disappointing, especially considering the sheer promise Eternal Darkness held.

In the current climate, with horror games all but dying out, comes a new game with a similar promise: an unassuming indie game that promises to immerse the player with a dynamic world that changes to accommodate the player’s responses and decisions. This marketing angle, along with the game’s proud proclamation that it ‘has 3D graphics,’ might actually mislead the player into expecting a horror action adventure game, not unlike an earlier indie PC hit, another horror game called Amnesia. What you do get, however, is a point and click adventure game, which yes, admittedly, has 3D graphics. However, its problem is not its genre, or its graphics, or even its slightly misleading marketing, it is its complete failure to capitalize on its premise, although if one steps backwards and assesses Anna not as a game, but as a larger piece of art, they would probably appreciate it more. 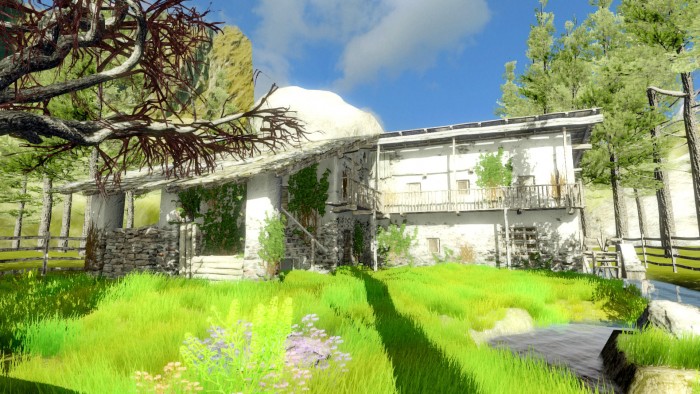 Anna is a game that takes place in an Italian sawmill. The entire game has you explore the front yard, and the building itself, and that is it. Yes, in the tradition of timeless classics such as Resident Evil and Luigi’s Mansion, Anna too takes place entirely within one building. Unfortunately, unlike those games, Anna does not have the substance to back up this decision. As a point and click adventure, Anna is naturally limited in terms of how it plays, and its short length- the game lasts just a bit over two hours- doesn’t help.

To be fair, Anna has three separate endings, and at least one of them takes over three hours to achieve, adding some sort of replay value. The unfortunate truth of the matter, however, is that you probably simply won’t want to bother with the other endings. The game mechanics are bad and banal enough, in fact, that you probably won’t even see the game through to its first ending, which is kind of a shame, because Anna, for all that it lacks in the gameplay department, is supremely accomplished in the story department.

Maybe it’s because of how well, in spite of all the limitations of the game (including a rather poor translation- the game’s developers are Italian) the game manages to convey a sense of dread and a sickly feeling of something that’s about to happen. The game’s static psuedo 3D head on illusion, coupled with the complete staticness of everything on screen, certainly adds to this feeling. 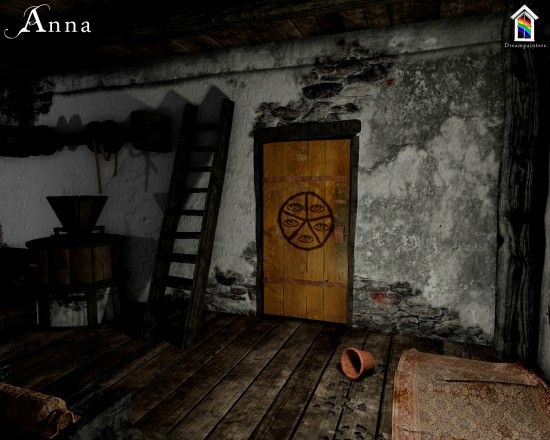 It is a pity then, that as good as the story is, the gameplay itself seems to be lacking, Anna is a first person point and click adventure game that relies primarily on puzzle solving. The puzzles themselves get obtuse- there is a locked door, how do you open it? By finding a key? Nope. You just go around clicking on everything, and eventually, you do something that triggers the door. What that something is, you have no idea, and there doesn’t even seem to be a required order. It just seems to be all random.

The game has a hint system that, in theory, should help you deal with situations like this, but it’s simply broken, and won’t work. Many times, it refuses to update, and you’re just left to figure your own way out. Which can take forever, because you have to explore every nook and cranny. It can get frustrating, and turn players off, which is a shame, because the game’s subtly growing underlying theme of menace, as well as its story, are really good and shouldn’t be missed.

Anna is a victim of its ambition and its budget. The game clearly aimed high, but with the extremely limited budget, it couldn’t achieve its ambition. The game’s muddled mechanics leave it in the mud, which is a shame, because the story and the subtle and menacing undertones of growing fear are things to be enjoyed. As a game, Anna probably fails, but as a novelty, a work of art, it works just about well enough that you should probably check it out once after all.

Note: You guys can get this game from the Zodiac store over here.

The static graphics add to the atmosphere; the game's story is neat; the game works as a work of art; subtle undertones of fear make it that much better

As a game, Anna probably fails, but as a novelty, a work of art, it works just about well enough that you should probably check it out once after all.

A copy of this game was provided by developer/publisher for review purposes. Click here to know more about our Reviews Policy.
Tagged With: Adventure's Planet S.r.l., Anna, pc