Reloaded as the game’s name suggests is a remake or a “give me another chance” version of the game, and not the you know what. The Reloaded version is not made by Realtime Worlds and it attempts to rectify the issues that plagued the original game, and doesn’t succeed. I mean, there are some good things here; they’ve managed to make the game less mediocre than before, which is an achievement in itself I guess. 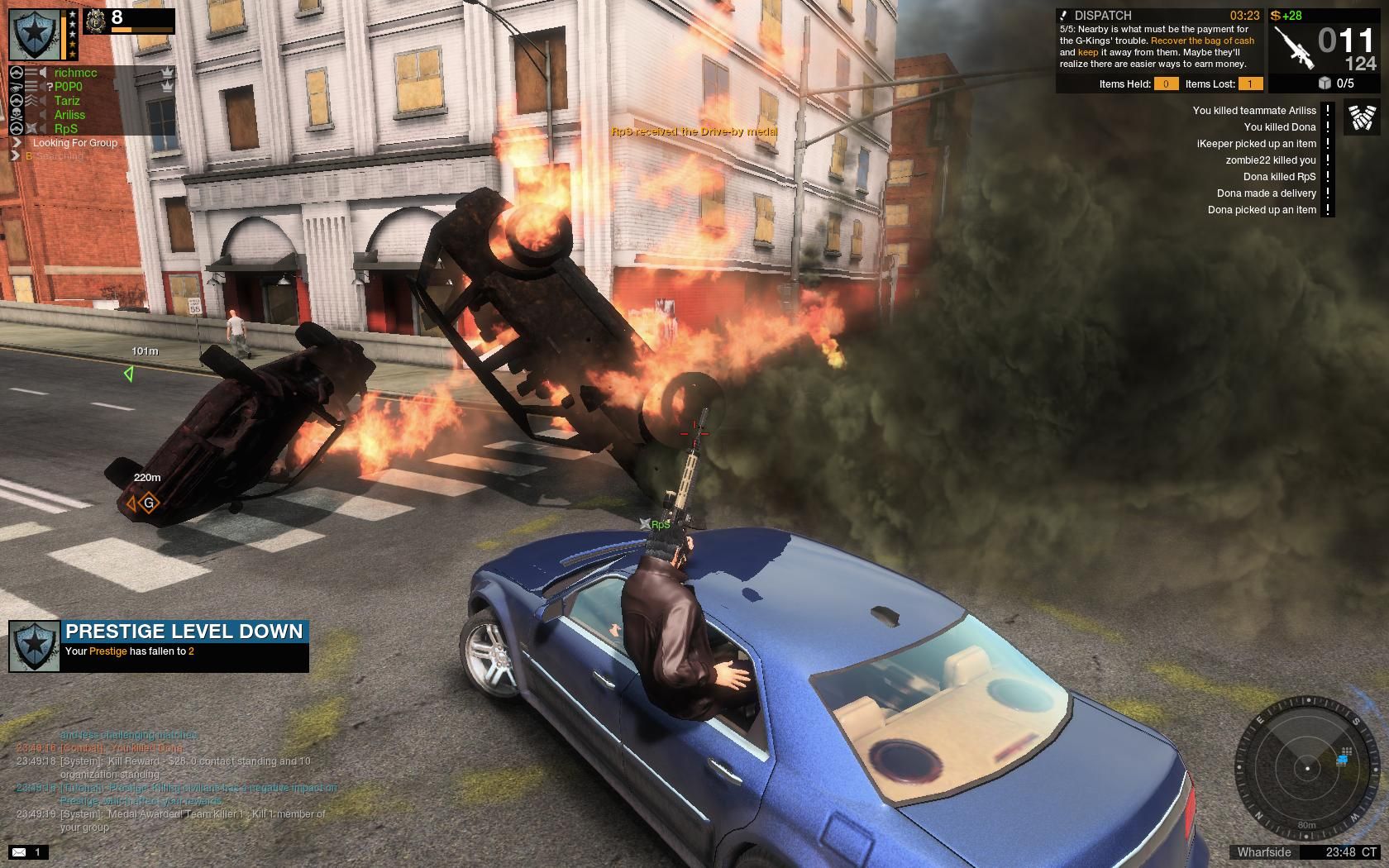 It’s a free-to-play MMO and is set in a city called San Paro. The developers say it’s not GTA, and I agree, it’s not; its much worse than that. The game is fun sometimes, especially when you have those incredibly fast car chases that can really be satisfying. The game is so inconsistent that these fun moments don’t last for too long. The city is fun to drive in and create chaos, and you can do a lot of things here, including camping.

The major issues with the game can range from camping to glitches, and these are the things that suck all the fun out of it. There’s an in-game economy; you can buy guns, cars and they are all priced depending upon how awesome they are. So the bottomline is that if you have a powerful weapon or a good car, you will dominate in this game. If you’re skilled, that’s a bonus. 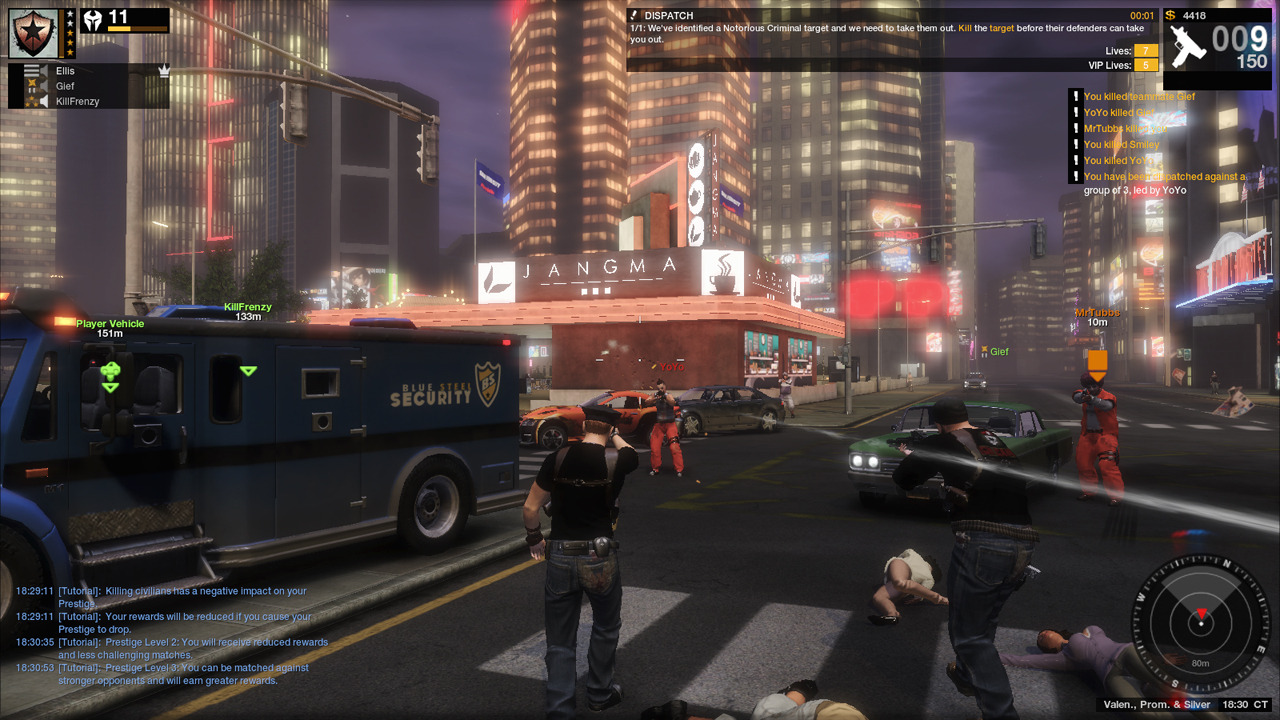 If you have played the original game you will know that the driving mechanics were one of the worst things ever. GamersFirst has rectified this and the controls and the car movement is quite responsive here. This makes a lot of difference and transforms the game as majority of time you will be driving here. It’s good to know that they have listened to the criticism and fixed the things that were important. That still doesn’t make the game good though, it’s still the same mediocre game like before but playable.

There is a lot of recoil here and it will encourage you to fire in short bursts rather than spray-and-pray, and this is one of the good things about the game now, considering the original version had completely poor shooting mechanics. There’s no story here or a decent mission progression system, it is also incredibly repetitive which drags the whole thing down and simply makes it a chore to play most of the times. 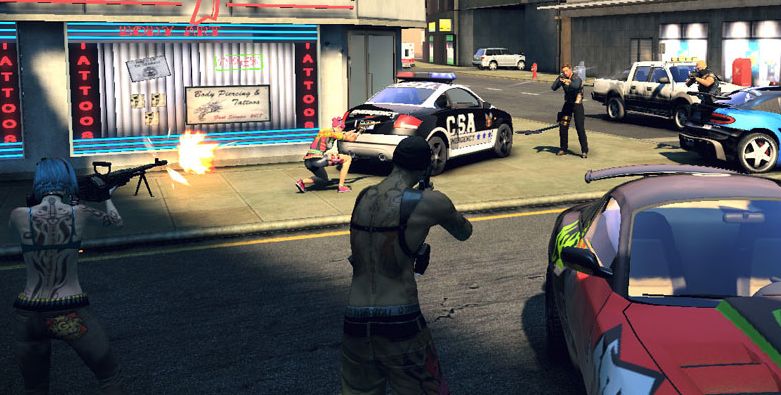 The city feels sterile and there’s not as much detail compared to a GTA game, which is again, understandable, but let’s be honest here, the environment makes a lot of difference. It is fun to drive a car and shoot the shit out of everyone, but it becomes boring after a while and isn’t satisfying. There isn’t really a lot of improvements here to call it a reloaded version, but I appreciate the developer’s ability to at least fix the driving since that actually made the game playable and somewhat fun.

APB Reloaded is only recommend if you can buy things to remain competitive. It’s not a terrible game, mind you, but it’s not exceptional either. Free-to-play makes it easier for people to check it out and look at its economy and the gameplay on offer, but the game doesn’t do a good job of showcasing it.

The driving is fixed. The visuals are decent. There's a lot of fun to be had here, but it depends on how you accept the game's faults.

Final Verdict:
FAIR
APB Reloaded is only recommend if you can buy things to remain competitive. It's not a terrible game, mind you, but it's not exceptional either.
A copy of this game was provided by Developer/Publisher/Distributor/PR Agency for review purposes. Click here to know more about our Reviews Policy.