How is ARMA 3 shaping up?

We recently interviewed Joris-Jan van ‘t Land, Project Lead on ARMA 3 and have plenty of new details about the game. We talk abut his opinion on next generation consoles, the rise of Steam and modding, gameplay mechanics and more.

Kartik Mudgal: Tell us about the biggest change in Arma 3 from Arma 2. What makes this game stand apart from its predecessors?

Joris:  The improved fluidity of the entire experience is a big one. This starts with the smoother setup experience (in most cases), continues with enhanced controls and movement, and is finished of by what we believe is a more consistent and visually-appealing package overall. We hope this will allow a larger group of people to enjoy the powerful platform the Arma series is known for, and not be put off by unnecessary issues.

" Our lighting experts are configuring the scene for certain weather types and night-time for example. We've also recently introduced new shadow technologies (making them softer and reducing some artifacts). "

Kartik Mudgal: Has Arma 3 been optimized enough to run on most PCs out there or is it created for a specific section of the PC audience that own high end PCs?

Joris:  Optimization is never a single, nor a finished task. We are constantly work in this field and will keep doing so with new hardware and updated drivers. It’s hard to ultimately say whether or not Arma 3 in its Alpha state is already ‘optimized’. A large number of users have reported it running better than Arma 2 on the same systems, while others face issues on their setups. There is also the fact that some optimization has to wait for later stages of development – when the code and data don’t change as frequently. One thing is certain: we do not believe we are ever done optimizing and work on it always.

Kartik Mudgal: Can you tell us a bit about the visual improvements in this game? Based on the footage we’ve seen, the lighting looks spectacular, what other changes can we expect here?

Joris:  Thank you! We are quite happy with the results so far, and energized by the positive reception. There are still interesting tweaks and changes coming. Our lighting experts are configuring the scene for certain weather types and night-time for example. We’ve also recently introduced new shadow technologies (making them softer and reducing some artifacts). Currently the team is looking into a few enhancements to the appearance of fog. 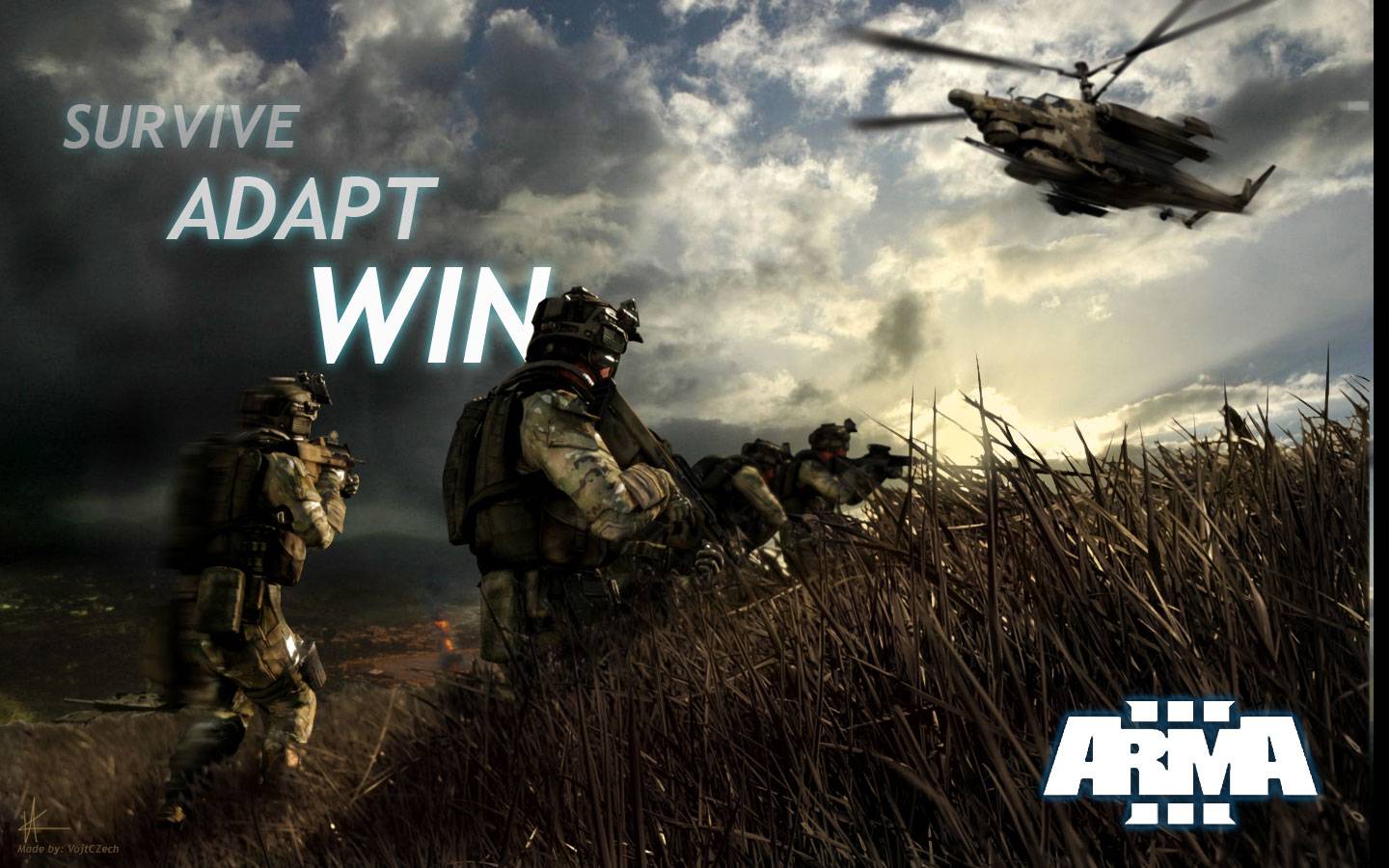 Kartik Mudgal: The Alpha version came out recently and the feedback seems positive. Considering the game is still in development, will the final version contain a lot of changes?

Joris:  Looking at the remaining time and state of the Alpha, you might deduce the scope of possible changes. We are progressing in our internal backlog, and making quite a few changes based directly on feedback. But the very core of the experience cannot be drastically overhauled anymore for the initial release. There is a vast amount of more content coming in the Beta and especially the full version. Even just the Altis environment is a gigantic content buff, offering endless hours of exploration. Then there’s the vehicles, weapons, characters, scenarios, plus some rather important features we have yet to publicly speak about.

Kartik Mudgal: The scale of Arma 3 is massive, so tell us about the engine that powers this game. And how does it differ from the one that one that powered Arma 2?

Joris:  Our proprietary Real Virtuality 4.0 engine powering Arma 3 is an evolution of the engine. There are several future-proof technologies that make it a big step forward. The key ones are definitely DX11 and PhysX. They will allow us to keep extending the platform even after the initial releases, not to mention the amazing mods we have no doubts will appear.

Kartik Mudgal: Most games on the market nowadays, especially shooters are really accessible and target a wider audience. How does Arma 3 fare in all this? Considering it’s a simulation game that requires a lot of patience and willingness to learn the gameplay mechanics, the wider audience may be hesitant to buy the game. Have you guys done anything to rectify that?

Joris:  Looking at the public chatter about the Alpha, we are already seeing a fairly decent number of people completely new to Arma. They appear to be enjoying it mostly. The aforementioned smoother controls, movement and presentation all help to get more people to enjoy the game. We will not sacrifice and remove all the challenge that make mastering Arma’s gameplay so satisfying. We do think some of the obstacles that previously stood in the way of enjoyment needed to be ironed out.

"Arma 3 is a PC-exclusive game and we have no other plans. As a developer we are always excited to see new platforms and their capabilities. Sony appears to have taken an interesting turn for us as independent developer."

Kartik Mudgal: We’ve heard there are some new features in this game, like underwater diving. How does it work? Do they make the gameplay dynamic?

Joris:   Diving and the underwater environment generally, open up a whole new dimension to the (combat) environment. There are new approaches to many scenarios. By stealthily approaching from the shore you can use tactics previously not available. Importantly, diving in our game is not a scripted sequence so it’s available in the sandbox as well. It’s very cool to already see people taking the simulation further and making SCUBA mods for the Alpha.

Kartik Mudgal: The PS4 was announced recently. Are you guys targeting the next generation platforms? And what are your thoughts on the system?

Joris:   Arma 3 is a PC-exclusive game and we have no other plans. As a developer we are always excited to see new platforms and their capabilities. Sony appears to have taken an interesting turn for us as independent developer. 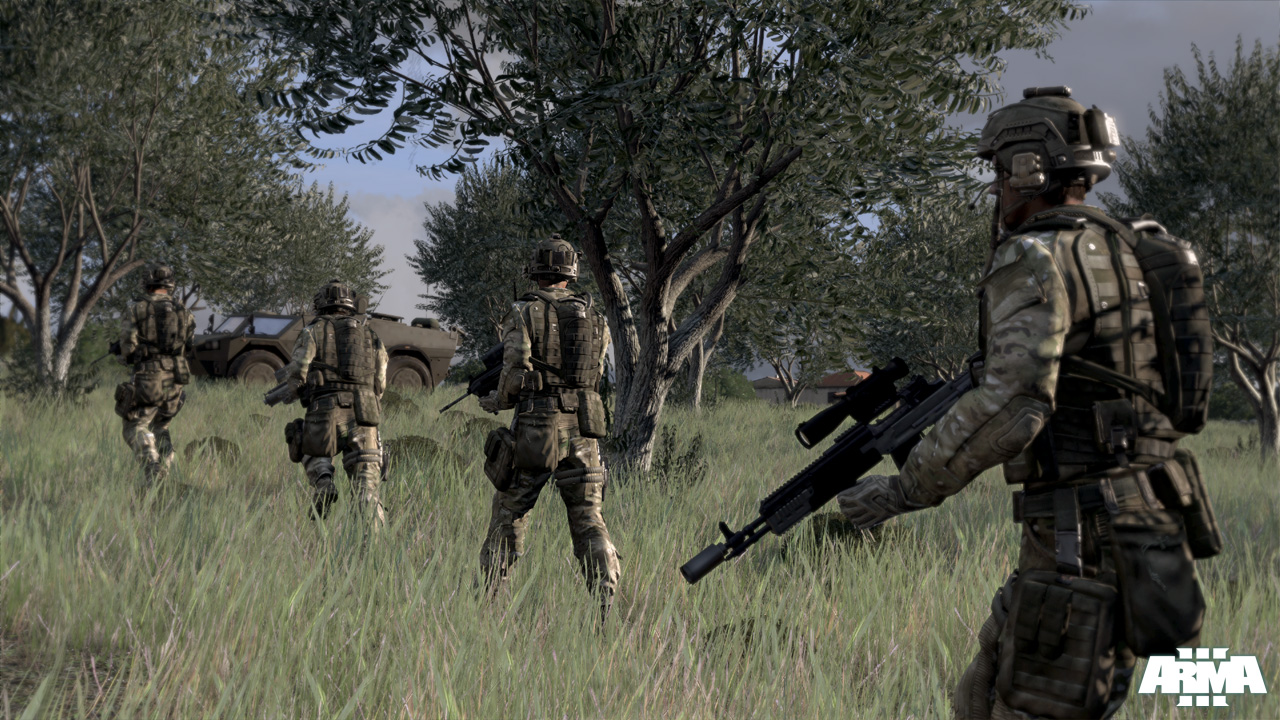 Kartik Mudgal: You guys have been big supporters of modding, and the success of Day Z proves that the community loves tinkering around with things. So will we see this continuing with Arma 3?

Joris:   Without a doubt! The Arma 3 Alpha itself has already seen quite some cool mods and add-ons. This is rather unique for a game of this scale and especially ahead of the full release. It helps boost the things players can do in the Alpha, seeds available content upon release, but also allows us to test some unexpected combinations of features and technologies. We’re still working on a first new tool package at Arma 3 specifications (currently the community uses Arma 2 tools that work to some extent). There have already been several releases of documentation updates on our Community Wiki. There are downsides as well, such as dealing with false bug reports that are actually caused by mods. The positives far outweigh the negatives, so we remain fully stood behind our decision to not block modding of the Alpha.

Kartik Mudgal: What are your thoughts on the PC market in general? The platform has been doing well for the past couple of years due to the rise of Steam and Indie gaming, and modding is pretty big too, do you see Arma 3 becoming successful?

Joris:   We certainly hope to be releasing a game and platform that, just like Arma 2, can survive, grow, evolve and expand over the next couple of years. It will be interesting to see how the next cycle of consoles affects things, but generally we don’t believe they will offer some of the things that make the PC so appealing for many: flexibility, tinkering, modding and customization. It is also a difficult market. We have to constantly re-evaluate our business models and tackle challenges intelligently, so we can survive, adapt, win.

Note: Special thanks to Korneel van ‘t Lan from Bohemia Interactive for setting this interview up.