Armikrog Wiki – Everything you need to know about the game

Everything you need to know about Armikrog.

Armikrog is an all new upcoming point and click adventure game that is currently being developed by Doug TenNapel, the creator of the popular character Earthworm Jim, in partnership with Pencil Test Studios, who are an independent animation production studio that was founded in 2009.

The game is currently being developed for Nintendo’s Wii U, OS X, Linux, Microsoft Windows and the PlayStation 4. At the time of writing the game is expected to be published by Pencil Test Studios. There’s no exact release date for Armikrog at this time, but it’s expected that the game will arrive in Q1 of 2015. The game will not see a retail release and will instead be made available through your respective platforms digital stores.

Armikrog is a modern game with old school sensibilities that is being developed by using classical sculpting of models, building sets for stages of gameplay to take place in as well as the fabrication of Clay characters and puppets.
The game will also make use of the fading art of stop motion animation to help obtain a unique look and feel that hasn’t been seen in games very much recently.

Doug TenNapel, the creator of the popular character Earthworm Jim who has appeared in games and cartoons, teamed up with the founders of Pencil Test Studios Mike Dietz and Ed Schofield, whom he had previously worked with on Earthworm Jim and The Neverhood.

The soundtrack for Armikrog is being composed by Terry Scott Taylor who had composed the music for The Neverhood. The games vocal talent comes from Jon Heder of Napoleon Dynamite, Rob Paulsen of Pinky and the Brain and Michael J. Nelson of Mystery Science Theatre 3000.

Armikrog itself is partly being developed as a spiritual successor to The Neverhood which was released in 1996 by The Neverhood, Inc and published by the now defunct Dreamworks Interactive, more recently known as Danger Close Games whose doors closed in 2013. Like Armikrog, it too was a clay styled game that was a point and click adventure.

The game came to fruition by way of a successful Kickstarter campaign with an asking price of $900,000, there was also a stretch goal put in place at the $950,000 mark that would see a Wii U port of the game be developed. As of June 27th of 2013, the game was successfully funded and the Wii U stretch goal reached. 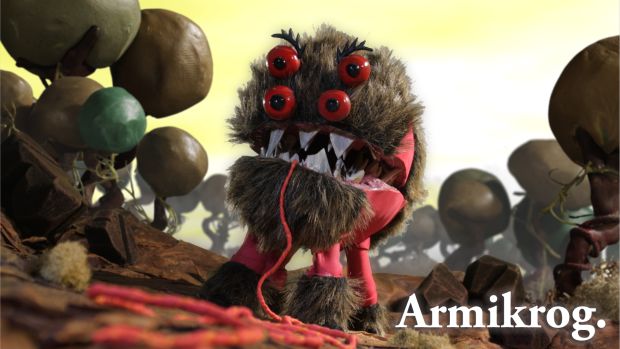 The game’s story is focused on the space adventurer Tommynaut. Tommynaut experiences difficulties and crash lands on a strange alien world where he ends up being locked in an odd fortress that’s called Armikrog. He’s imprisoned in the fortress with Beak-Beak, his blind talking dog. 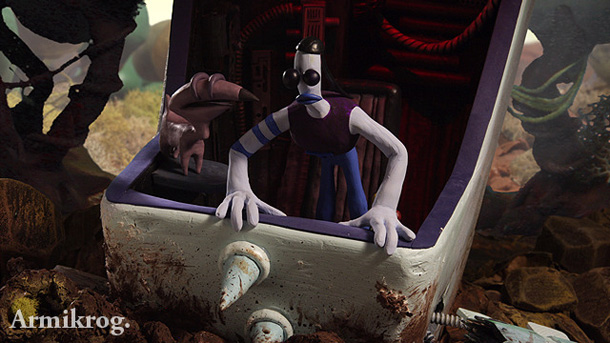 In the video above, in the Development portion of this wiki, you can see a work in progress build of the game which shows off the beautifully executed clay based animations and lovely environments, but the video does little to demonstrate gameplay in any meaningful way.

What we do know is that the game is a point and click adventure game so it may be comparable to games like Kings Quest and/or other adventure games such as Abe’s Odyssey. 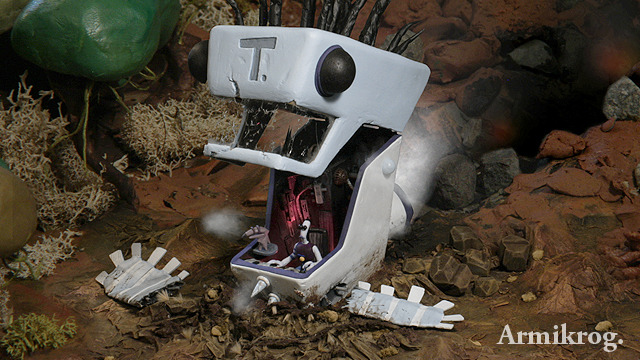 Tommynaught is the game’s main protagonist and is a space faring adventurer that has somehow gotten himself imprisoned on an alien world in the fortress of Armikrog.

Beak-Beak is Tommynaught’s loyal companion, he also just so happens to be a blind dog that’s capable of speech.