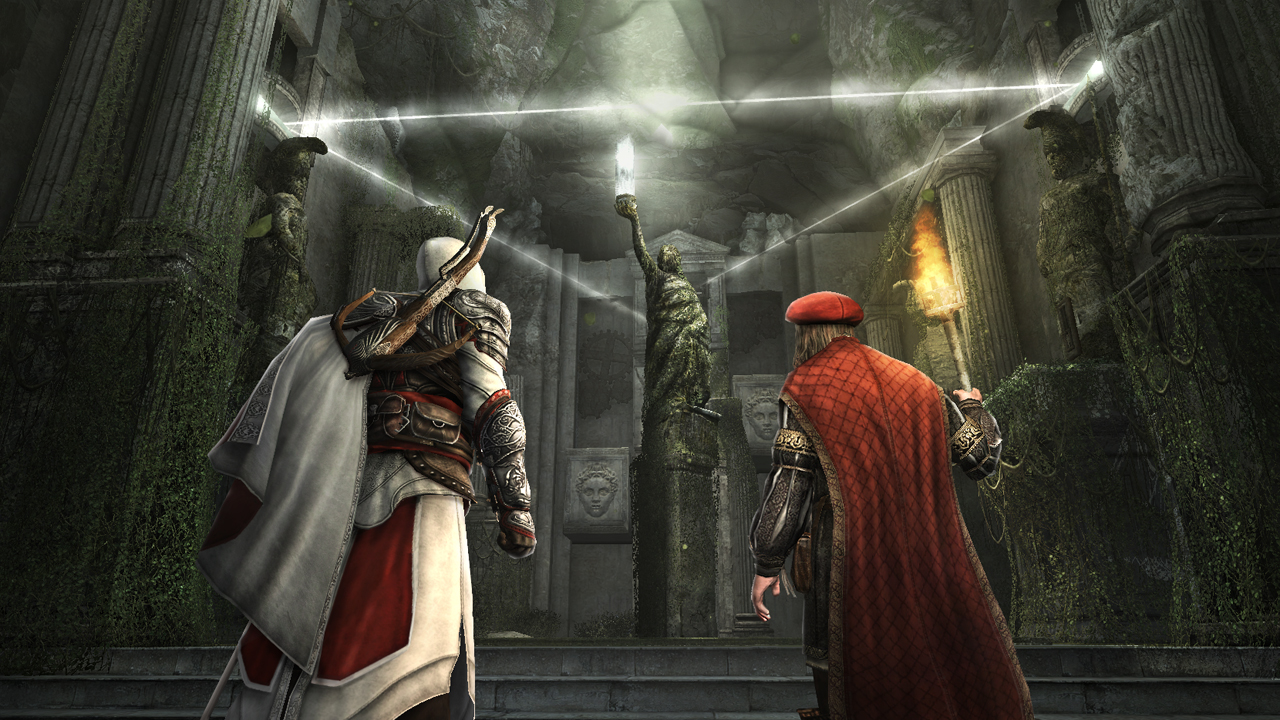 The first official Assassin’s Creed Brotherhood DLC has is out and entitled ‘The DaVinci Disappearance’.  Finally a really well done piece of DLC when it comes to the story of a game.  The content comprises of 8 missions but feels much longer just because of how much you get into it.  The DLC also adds a new set of armor called the ‘Drachen Armor’ and is worn at a costume, as you would wear a cape, so wearing other pieces of armor are not shown as well as the armor looking quite attractive.  A nice change from the Brutus Armor that was all wooly and just not the style i think most people were looking for as an ultimate prize.  DaVinci has an assistant that makes himself known as well as Ezio’s sister making her way into the DLC.  In short, DaVinci does a good job in the original game helping Ezio by giving him gadgets and inventions, but then seems to just disappear from the story, which in a way did not feel right as anyone that has played the game can tell that Ezio and DaVinci have a relationship.  The DLC brings him back as well as adding something to the game that I never though could be added.

It is hard to tell what has been added when it comes to the little things in Brotherhood.  With the free DLC updates and the DaVinci Disappearance, there are now fire breathing entertainers in the street and additional Templar Tombs that add to this great game.  There are numerous little things like that in the game that don’t definitely don’t hurt the game at all, especially the occasional drunk tumbling around the streets.  The story starts off where DaVinci is kidnapped and all you have to go buy is the newly introduced assistant of DaVinci.  He goes on to say that DaVinci was on to something big… really big and then come to find out that the answers are in his artwork.  Unfortunately it is not that simple as his artwork has been sold, traded bargained for and you name it.  To top that off the answer to DaVinci’s whereabouts  are not simply drawn in stone leaving another puzzle once his art is obtained which will be no easy task. 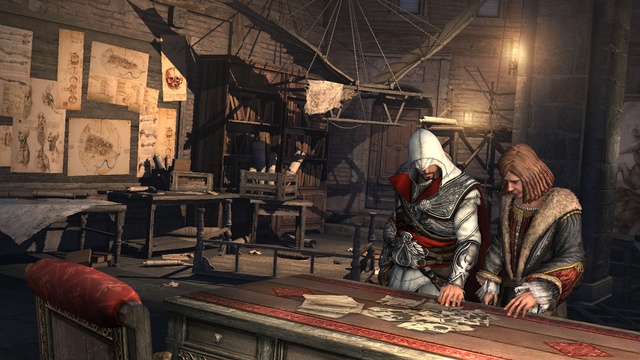 The Search for DaVinci

You must now find all of the masters artwork, which will lead you to the well known tactics from the original game.  Tailing people unnoticed, beating answers out of someone or what Ezio does best, assassinate the target.  You will how ever take part in some unique quests where you must use strategy to complete the mission which all in the end is to collect the art of DaVinci. Ezio’s sister even plays a role in the story with her making an appearance as well as another Italian noble woman named Lucrezia as she knows the whereabouts of some of the art strewn across Italy. This mission one certain mission reminds me of James Bond as you make your way undetected through an utmost heavily guarded castle to get to Lucrezia and Ezio has no problem getting what he came for, from the willingly woman.. the same woman who had order extra protection against Ezio as his was with woman is just as a part of him as the the Brotherhood of Assassin’s.

This add-on doesn’t just give you story for single player either.  If your a fan of the multiplayer, The DaVinci Disappearance adds additional characters, maps and modes to multiplayer.  I thought the ranked game modes were limited in the game original so thankfully in the new mode ‘Escort’, one team protects an AI group of people, while the other team tries to assassinate those people. Each team takes turns switching from offense to defense until the team with the most points wins. In the all new ‘Assassinate’ mode, it is basically like a free-for-all where you are not given an assassination contract letting kill anyone you want in the game. As usual you have a general idea of where an opponent is but that is nearly to ensure some action takes place.  It also adds four new playable characters for multiplayer being Dama Rossa, the Knight, the Marquis and the Pariah. For 800 Microsoft Points or around $10, your getting a great package even if you don’t take to the multiplayer. 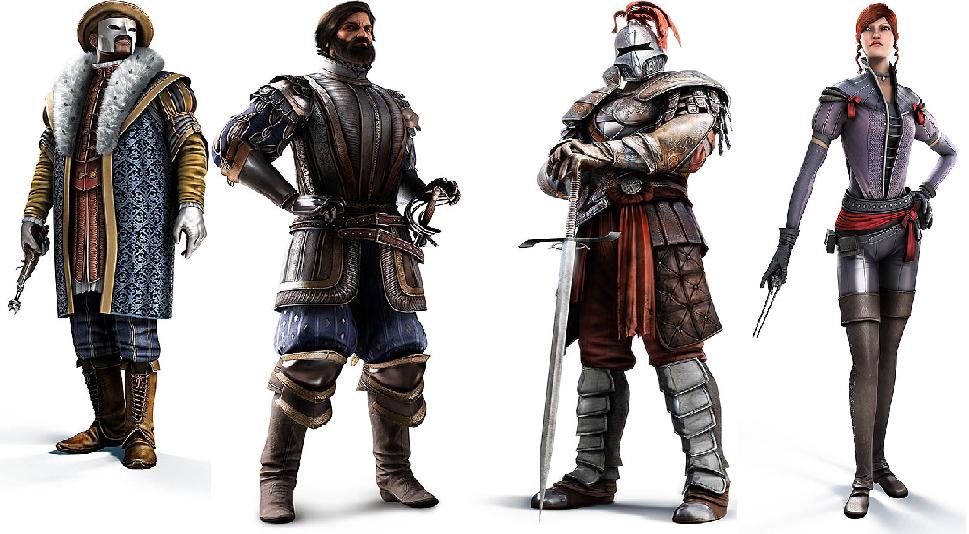 Now whether you are a historian or not, the Assassin’s Creed series has always peeked an interest in me an many others as to whether any of the events in these games are actual true.  The DLC adds to that even more blending the real historical events with the fictional to make an amazing game and add on content. The games franchise even goes deeper than that though added much heavier subjects such as where did it begin and why.  If you have played Brotherhood to the end you are asking yourself how could you add on to that with a simple add-on.  Ubisoft has cleverly done so, astonishing me as what DaVinci was really on to was something that held the answers and the power that people have pondered on since the dawn of time.  The DaVince Disappearance is swayed by its name because this add-on is actually an epilogue showing new events and enthralls you once again into the world of Assassin’s Creed, ending outside of the Animus, leaving you only with questions as where we are always left, for the answer is the end.

Brings DaVinci back to the game. Adds more side missions and multiplayer modes, characters and maps. Amazing ending!

The missions are more or less, laid out the same way they were in the original game.

Final Verdict:
SUPERB
Just what the doctor ordered when it comes to DLC for Assassin's Creed Brotherhood adding some of the best single player add-on content I have seen as well as multiplayer additions too, all while bring back Ezio friend and gadget specialist.. DaVinci.
A copy of this game was provided by Developer/Publisher/Distributor/PR Agency for review purposes. Click here to know more about our Reviews Policy.