Is the female protagonist of the game potent enough?

Posted By Kartik Mudgal | On 24th, Nov. 2012 Under Reviews | Follow This Author @KartikMdgl

Ubisoft Sofia is mostly known to be a second tier studio, so when the much hyped Vita game Assassin’s Creed 3: Liberation was announced for development under the studio, there was a certain hype-killer going on in the air due to this fact. However, it’s one thing to judge a studio by their past work, and another to entirely dismiss them. I didn’t, even though I was a bit skeptical, and I am glad, because they churned out a good Vita game. 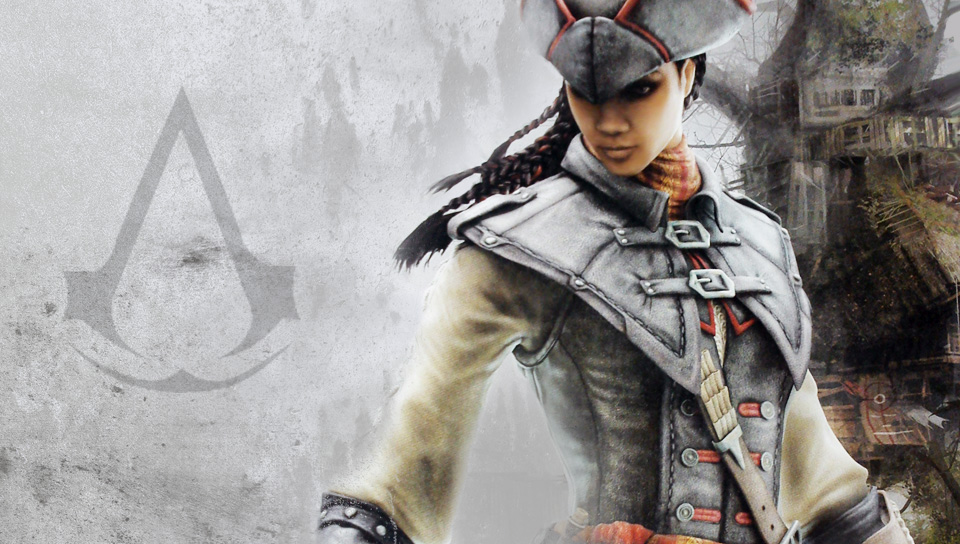 Not many games have female protagonists, and it’s something most publishers don’t attempt considering how male dominated this industry is; however, it’s also about how they present the female protagonist which most games fail to do well. There are only few notable female characters I really adore, and the one in Assassin’s Creed 3: Liberation is one of the best ever in video games.

Aveline’s backstory isn’t fully fleshed out. In fact, they just show her childhood for a while and then before you get to know what’s actually going on, she’s an adult and punching guys in their faces. There are a few missions early on where you learn about her close ones, but none about how she actually became an assassin. This was the most bewildering part because most main line Assassin’s Creed games have had a story of how the main protagonist evolves and gets solid motivation to bring order to the land. 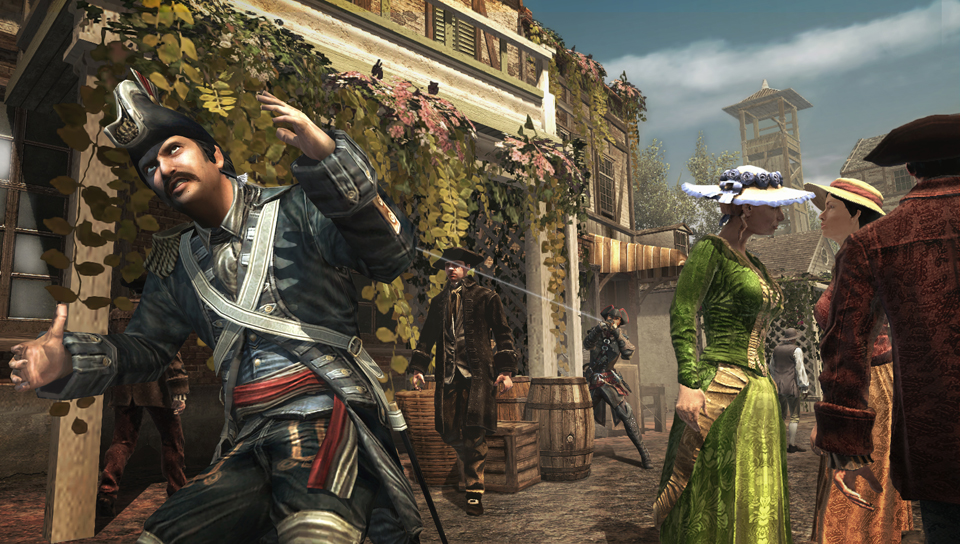 While the core mechanics are similar to the other games in the series, the studio has tried to utilize the Vita’s capabilities by using its functionalities, like the front and rear touch screen. They are mostly gimmicks and don’t offer anything positive to the experience, but there’s not a lot of ways you can use them in this game either. It was a struggle to control the camera early on and a bit disorienting too, but once you properly learn how to handle the entire thing, the gameplay is quite fluid.

One of my major gripes with the game was the slow frame rate. Now, I don’t know what frame rate this game runs on, but when you encounter sluggish screen response, you lose your immersion a bit. This doesn’t happen often though, but considering the game’s  detailed and varied environments, it’s something that can be given a free pass. I won’t however, because I really despise sluggish input mechanics.

The weapon animations are spectacular, which was really a surprise, because I was expecting something quite limited and QTE based. The sword slash is one of my most favourite moves ever, and Aveline also has access to a tomahawk, with which she can hack people to bits- not literally, but yeah, you get the point. 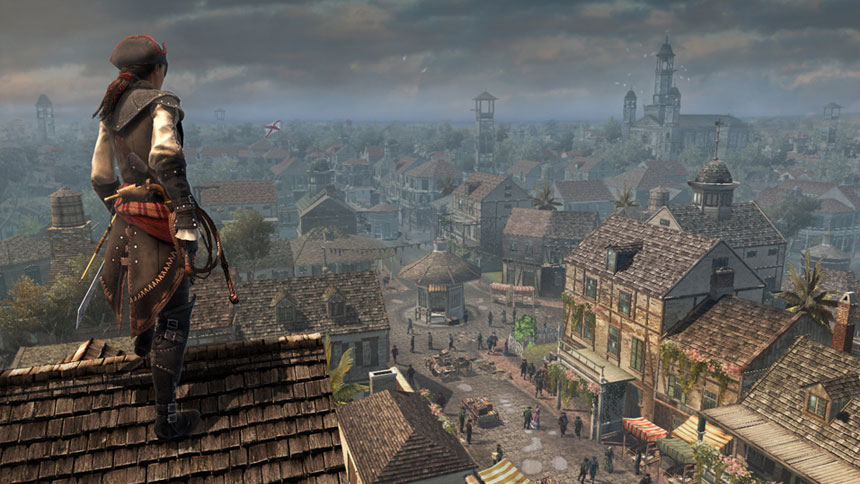 There are sidequests which have some fun missions and the payout is good, but like all AC games they get repetitive and monotonous to the point where you just want to play the main missions and get the game over with. But that’s not bad, considering there are several different ways to tackle the missions. For example, Aveline can change into different dresses and you can expect different reactions from guards and other NPCs wherever she goes.

For instance, the slave costume helps her blend in with the crowd and the guards will turn a blind eye to her; the lady costume will help her move gracefully allowing her to bribe guards or charm random guys; and finally the Assassin costume unlocks her full move set but also makes the guards hostile.

You later unlock quick access locations which makes the whole thing a lot less cumbersome, just like all other games in the series. The story is somewhat memorable with Aveline learning a lot of conspiracies and trying her best to fight against them, but in the end, as I mentioned earlier, this game isn’t something which will explain all the events in detail and will end up making you confused if you try to decipher what it’s trying to say. 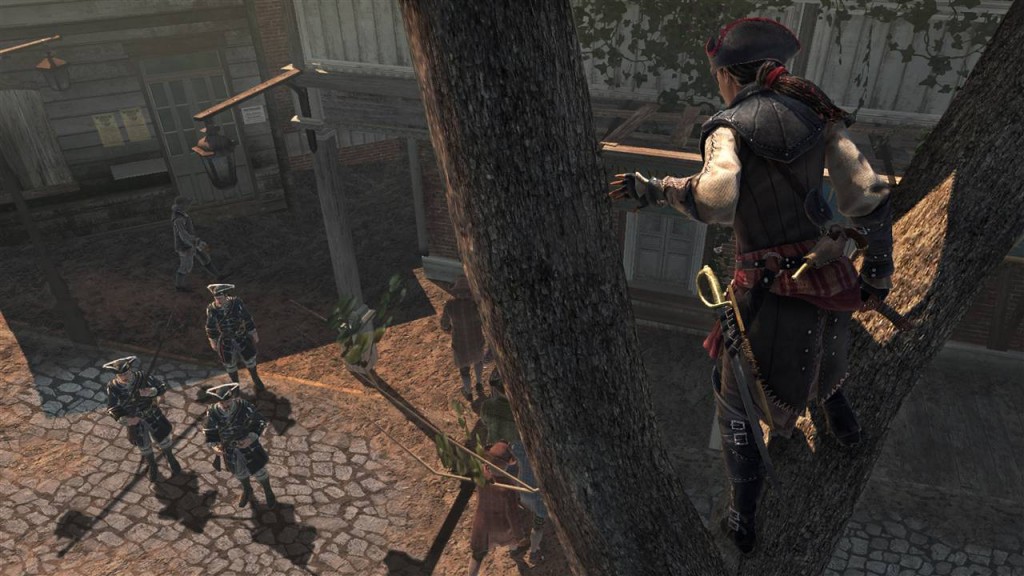 The bottomline is, it’s an Assassin’s Creed game on the PS Vita, with production values you’ve never quite seen before in any handheld, and the overall experience can be fun if you don’t really take the game too seriously.

Great production values. Female protagonist, Aveline, is charming. One of the best handheld games when it comes to visuals. Lot of content in the game.

Touchscreen gimmicks could have been avoided. Backstory is not fleshed out. Repetitive gameplay mechanics and side missions.

It's an Assassin's Creed game on the PS Vita, with production values you've never quite seen before on any handheld, and the overall experience can be fun if you don't really take the game too seriously.

A copy of this game was provided by developer/publisher for review purposes. Click here to know more about our Reviews Policy.
Tagged With: assassins creed 3: liberation, PS Vita, Ubisoft, ubisoft sofia