The Hidden Ones DLC doesn't do anything Origins itself didn't, but then again, it doesn't need to.

Assassin’s Creed has historically been known for coming out with some very ambitious DLCs. These are the opportunities that Ubisoft have often taken to flex their creative muscles, to deliver tales that are outlandish in the extreme, to create episodes that are vastly different from the experience of the base game they’re built for. Just look at their track record- Syndicate’s DLC was centered around infamous serial killer Jack the Ripper, Revelations’ DLC was a weird first person platformer. In comparison to such out-of-the-box experiments, The Hidden Ones plays it rather safe; but as it turns out, that is also its biggest strength.

The Hidden Ones is an extension of Assassin’s Creed Origins in every way possible. It’s more of the same, and that’s really a good thing. From its map to its quest design to the story it tells, there is a pervading sense of familiarity in the entire experience- but it uses that familiarity to its strengths quite impressively. The Hidden Ones takes place four years after Origins’ story ends, chronicling the outset years of Bayek and Aya’s fledgeling Assassins Brotherhood, which, for now, is calling itself the Hidden Ones. The DLC takes us to the region of Sinai, a completely new area that has been added to the game’s already massive map. 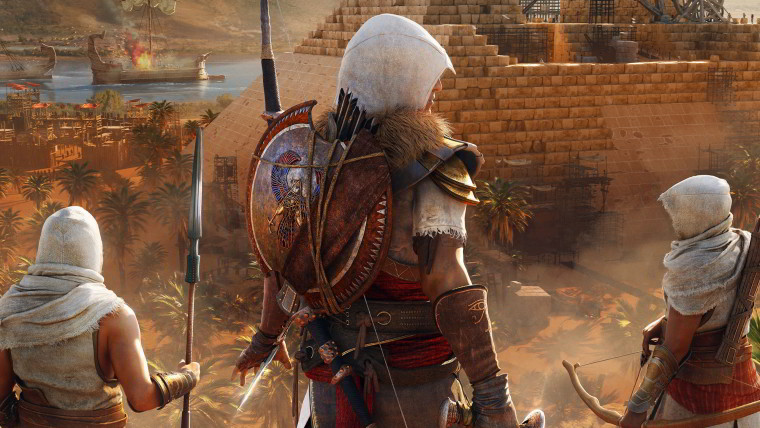 "From its map to its quest design to the story it tells, there is a pervading sense of familiarity in the entire experience- but it uses that familiarity to its strengths quite impressively."

Sinai isn’t very different from the areas you’ve already been to in Origins, but it is still very well designed, and is an absolute joy to explore and traverse. It’s got caves inhabiting dangerous and untamed beasts, it’s got forts, it’s got mountains and dceserts, it’s got a bustling urban settlement, it’s got sky-high vantage points to scale- basically everything Origins already had, but more of it. And just as it was in Origins itself, a few of the locations you visit are immensely memorable. For instance, one particular fort in the map is probably the largest fort in the entire game, large enough to be larger than a small city, and it’s an area that is teeming with enemies and collectibles and treasures. It has to be one of my favourite locations not just in this DLC, but in all of Assassin’s Creed Origins. Then there are some neat looking landmarks, like an obelisk, or a pyramid that is being deconstructed.

The rest of the game has also received similar additions. The level cap has been raised from 40 to 45, there’s better gear and loot for players to collect, there are more papyrus scrolls to collect, more camps and fortresses to raid, more vantage points to sync with, and even more phylakes to hunt down – or hide from – and kill (though here they’re called Shadows of the Scarab). The main quest that The Hidden Ones focuses on is a blast, sending you to all sorts of locations across the map and featuring missions and quests that have a refreshing amount of variety in terms of how they are designed. 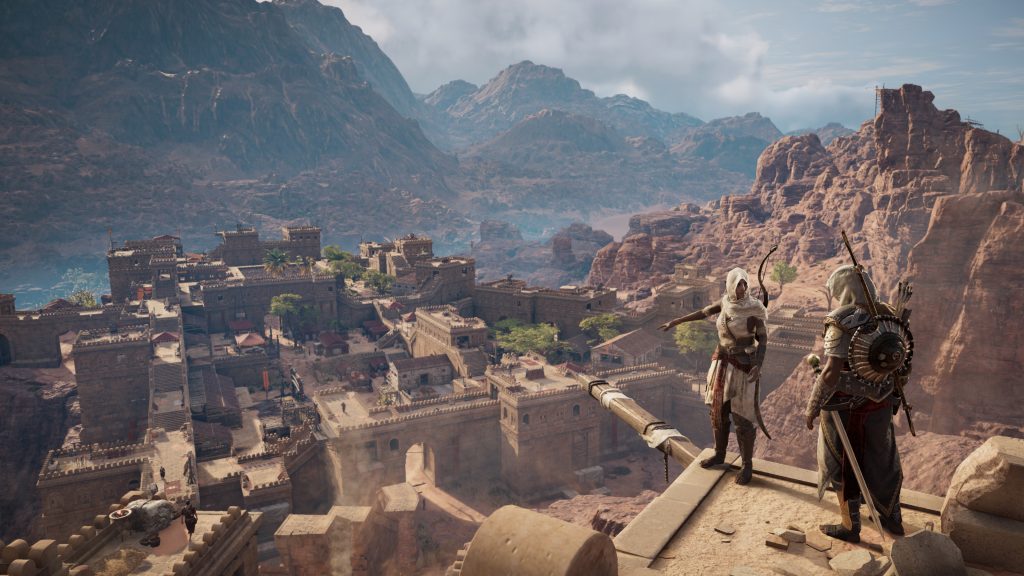 "The main quest that The Hidden Ones focuses on is a blast, sending you to all sorts of locations across the map and featuring missions and quests that have a refreshing amount of variety in terms of how they are designed. "

The new main quest will take you around three hours to finish, but once you’re done with that, there’s still plenty more to do. In addition to the bevy of optional activities littering the map that I’ve already mentioned, The Hidden Ones also includes plenty of side quests, and it’s a pleasure to see just how well built they are. Side quests were, surprisingly enough, one of Origins’ biggest strengths (though a few of them were admittedly laughably bad), and the same is true here in The Hidden Ones as well. From travelling through crypts to hunting down hyenas, side quest design in The Hidden Ones is quite varied, and pretty well contextualized too.

The Hidden Ones is as enjoyable as it is for a number of reasons, and beyond the strong map design and the fluid and fast traversal that is inherent to the entire Assassin’s Creed series, the chief reason for that is the amount of challenge it provides. The Hidden Ones isn’t maddeningly tough by any means – Dark Souls this is not – but it’s a fairly challenging experience nonetheless. The enemies that litter the map and the restricted areas are of the higher level varieties more often than they have ever been, while there’s also just a lot more of them occupying the map. There were times in my playthrough when I found myself overrun by swarms of Roman soldiers, and after not being able to find a way through, found myself staring at the Desynchronization screen. 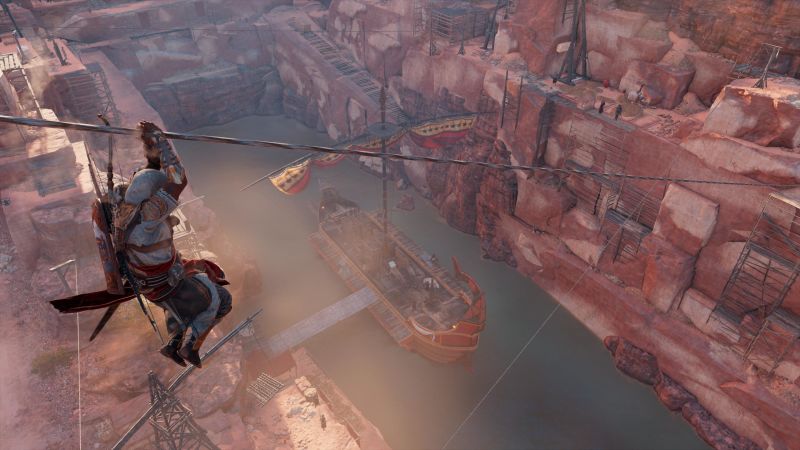 "Side quests were, surprisingly enough, one of Origins’ biggest strengths, and the same is true here in The Hidden Ones as well."

Just as The Hidden Ones benefits from the same strengths as Assassin’s Creed Origins itself, though, so to does it suffer from the same shortcomings that plagued the game. Chief among these are its technical issues. There are still instances of sudden texture pop ins and jerky animations for NPCs, as well as some fairly noticeable glitches, such as Bayek’s feet or hands disappearing into the game’s geometry every now and then while climbing or sprinting. There were also a couple of occasions during my playthrough when the frame rate stuttered quite badly, and weirdly enough, there didn’t seem to be anything happening on the screen that might be considered too taxing for the system. Voice acting and cutscenes also remain a weak point for The Hidden Ones, just as they were in the game- the delivery is laughably bland for almost all characters other than Bayek and Aya, and the fact that the writing itself often feels stilted does the affair no favours either.

There will surely be some people who will be disappointed by The Hidden Ones’ lack of ambition. If you’re looking for something bold and new, in vein of other Assassin’s Creed DLCs in the past, you will no doubt be disappointed by what you found here. But Assassin’s Creed Origins was a solid, thoroughly entertaining experience, and if you have no issues with a DLC that takes the base game’s many strengths and continues to use them in excellent ways, you’ll find The Hidden Ones to be a very enjoyable add on.

Excellent new map; Tons of things to do; Great side quests; Meaty main quest with an interesting storyline; As strongly addictive as the base game; Challenging and rewarding.

Final Verdict:
GREAT
The Hidden Ones doubles down on everything that made Assassin's Creed Origins an excellent experience, providing an expansion that you will love if you enjoyed the base game.
A copy of this game was provided by Developer/Publisher/Distributor/PR Agency for review purposes. Click here to know more about our Reviews Policy.